The End of a Gaming Era: An Ode to PlayStation 4’s Greatest Triumphs 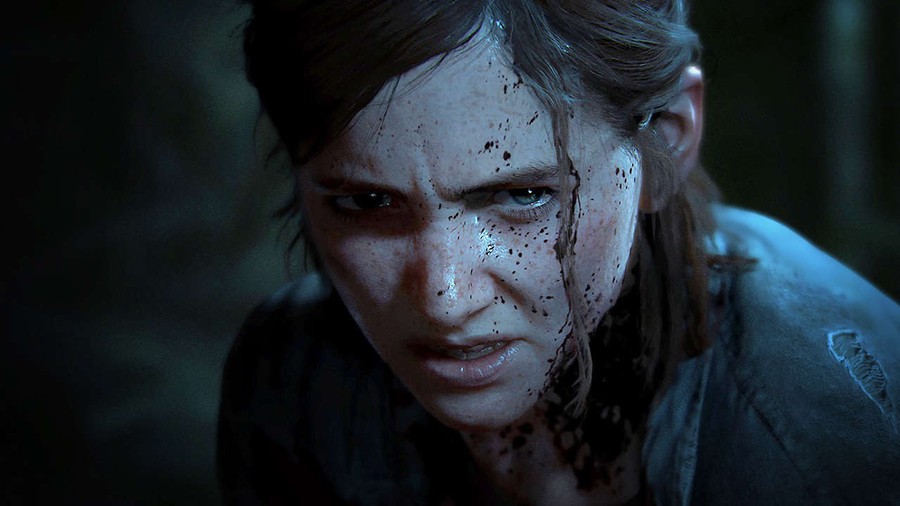 This article discusses games exclusive to PlayStation 4 only.

Astoundingly, the PlayStation 4 was released only seven years ago, yet its legacy remains close to legendary. With the launch of the PlayStation 5 on November 12, and the release of Cyberpunk 2077, one of the last major releases on the PS4/Xbox One era, on December 10, the PS4 era is drawing to a close. Ranking my top 10 favorite PS4 games seems the only fitting way to honor the end of a gaming era.

10. Until Dawn (2015): While I tend to dislike point-and-click adventure games everything in this game just works. Unlike Telltale or Quantic Dream games, the choices feel like they genuinely matter, because Until Dawn makes clear that the player’s decision will affect whether each character lives or dies. On top of the freedom of choice and unpredictability, it also subverts the tropes of ’80s horror films. However, this game ranks lower because of its lower replay value.

9. Horizon Zero Dawn (2017): Similarly to Until Dawn, Horizon Zero Dawn came out of nowhere. Despite the video game’s release three years ago, its visuals, specifically the open world and hunting machine creatures, remain impressive, encouraging players to actively search for every inch of land. The biggest praise, though, belongs to its gameplay. The game constantly challenges the player to think on their feet, while providing a diverse arsenal of weapons and strategies to approach enemy encounters.

While the Luke Skywalker–esque heroine Aloy has an enjoyable storyline, I cannot say the same about the side characters. With the exception of Rost, I seriously cannot remember a single side character in the game. Additionally, the story can be a bit convoluted, and other times, slow: The first third of this game is a clichéd, boring story of an outcast trying to fit in. Overall, despite my criticisms, Horizon Zero Dawn is a beautiful, engaging game that is worth playing, either again or for the first time.

8. Ghost of Tsushima (2020): Ghost of Tsushima succeeds at being both the best and the most fun version of Assassin’s Creed–style play. The gorgeous world compels players to literally stop to observe the environment, or wander around to search every nook and crevice. On top of the beautiful open world, the combat in this game is just as engaging. Using my samurai sword to cut down hundreds of Mongol enemies and dozens of bosses through Jin Sakai’s brutal takedowns never gets boring. Silent, merciless, and vengeance-seeking, Jin is also simply a fun character. However, Ghost of Tsushima feels too familiar to other role-playing games (RPGs) like Assassin’s Creed. Apart from its 14th century–Japan time period, it ends up being just another RPG open-world adventure game.

7. Ratchet and Clank (2016): One of the first ever games I ever played was the original Ratchet and Clank (2002) on PlayStation 2, so naturally I had a lot of expectations for the PS4 remake. Luckily, it did not disappoint. It still has all the classic elements of the original, like the automatic rocket launcher weapon RYNO, while boasting better-looking graphics and fluid, seamless combat game mechanics. Past the combat, this game feels like an old-school, retro platformer like Jak and Daxter, Crash Bandicoot, or Spyro with its top-notch design, surprising difficulty, and mesmerizing world building.

The best thing about Marvel’s Spider-Man is indisputably the combat, which rivals that of the combat in Batman: Arkham Knight. Prioritizing fluidity and maintaining a high combo count, while offering the player a wide variety of gadgets (with limited uses), the game encourages player improvisation time and time again. Alongside its mechanics, the story is arguably one of the most engaging across all Spider-Man narratives, whether it be from a video game, a movie, or a comic book.

The drawback to this game revolves around the boss fights, which feel limited and rather scripted. There is but a single strategy to beat the boss levels: stun, throw a couple of punches, dodge their attacks, stun again, and then attack again. The side quests are also a mixed bag: A huge chunk is either incredibly repetitive or simply falls flat in enjoyment. With the new Spider-Man: Miles Morales coming up, I do hope the developers improve upon these issues.

5. Bloodborne (2015): Playing a Souls game developed by FromSoftware is like doing (relatively harmless) drugs: It hurts, but, in the best way possible, the player cannot stop indulging in it. The phenomenal combat is its greatest feature: In contrast to other Dark Souls games, it feels far more refined and fluid. Unlike the Dark Souls trilogy, which primarily focuses on defensive combat, Bloodborne has a more aggressive, faster form, constantly keeping the player relying on parrying and dodging in combat encounters. Beyond the more mechanical aspects, the Gothic, Victoria-era world building is very intriguing. The unique setting and character designs really help Bloodborne stand out among the Dark Souls trilogy games.

Despite its immense difficulty, Bloodborne feels beatable and actually encourages player improvement. If the player wishes to advance, they must buckle down and analyze the attack patterns of boss levels; when the player ultimately triumphs, they have legitimately earned that victory. That said, Bloodborne lacks a coherent storyline, barely attainable by piecing together hints from NPCs. Nonetheless, this is an amazing game that must be played, whether the first time or for the hundredth time, and will really test any gamer’s brain.

4. Uncharted 4: A Thief’s End (2016): The Uncharted series not only features one of the greatest and memorable game protagonists, Nathan Drake, but also some of the most exciting action. It was also the first instance in which Nathan Drake’s actions had real consequences—a compelling, more adult narrative to an already astounding game. Although now four years old, its graphics, facial animations, and motion capture remain unparalleled. Nolan North delivers an amazing Nathan Drake, but other actors such as Troy Baker as Sam; Emily Rose as Elena; and Richard McGonagle as Sully gave equally amazing performances.

The gameplay also deserves a nod. Everything from the shooting and grapple hook mechanics and the hand-to-hand combat to the stealth gameplay felt so polished and airtight. There was never a single instance of player boredom. For one, the Madagascar car/motorcycle chase scene took the spotlight as my personal favorite moment in all the Uncharted games I’ve played.

3. God of War (2018): Everything about this game is either perfect or almost perfect, and when the credits rolled after I beat the main story, I instantly demanded Santa Monica Studios quickly develop a sequel. Without a doubt, my favorite aspect of God of War was its story. While it initially sounds simple, its intricate details complicate the narrative of Kratos and Atreus embarking on a journey to scatter the ashes of Kratos’s wife. Not only are the world and the characters gorgeously designed, but the world itself feels so lived in and the characters look and feel authentic. The combat system is also elegant in its brutality. While the previous God of War games had a more traditional “beat-’em-up” style, God of War (2018) has a more Dark Souls style of combat with a priority on dodging and parrying attacks.

Speaking of combat, the boss battles are easily the game’s best feature: they demand brilliant play, and end in gloriously brutal deaths. The RPG elements of the game do feel a bit tacked on in terms of armor and rune customization, but overall, God of War is a masterpiece in the world of video gaming.

2. The Last of Us Part II (2020): This game’s high ranking will most certainly infuriate several gamers, but I have defended, and will continue to defend, my case. With that, The Last of Us Part II remains one of the most beautifully designed PS4 games: The world looks beautiful and lived-in, and the characters themselves feel real and photorealistic thanks to motion capture and the actors’ laudable performances. The combat mechanics, too, have been perfected from previous games, making it satisfying to brutally slaughter enemy NPCs, whether by shotgun or machete.

Perhaps controversially, it is the storyline that most draws me into replaying this game. I have to applaud Neil Druckmann and Naughty Dog for their artistic risks in crafting this story. While I understand the complaints, I felt like these choices not only worked within the context of the story, but are the reason why I was hooked onto the game and refused to let go until the credits rolled. The Last of Us Part II remains my favorite Naughty Dog game, and perhaps my favorite of the PS4 era. After recently finishing it for the fifth time, I cannot wait to see how everything concludes in The Last of Us Part III.

1. Knack II (2017): Knack II is not just a good game, a great game, or even a masterpiece. Knack II is a transcendent experience, the artistic pinnacle of human society, a Knacksterpiece (BAYBEE). It is essentially my video game equivalent of the second coming of Jesus. In fact, the entire game industry should halt its productions immediately, because no one will make anything close to the level of Knack II. The graphics are so gloriously godlike that the designs can instantly sober up the most intoxicated viewer. Honestly, I see no point in purchasing the PlayStation 5 if Knack III is never released—and that’s on the graphics alone. We can talk storyline later.

"The Last of Us Part II" Review: A Discussion on Selfishness, Violence, Perspective, and the LGBTQ+ Community

"The Last of Us Part II" brings a sense of humanity to an otherwise violent video game with its astounding graphics; its controversial storyline, too, brings its players to reflect on the lesson of forgiveness.