Holiday Tunes: The Tradition That Never Gets Old 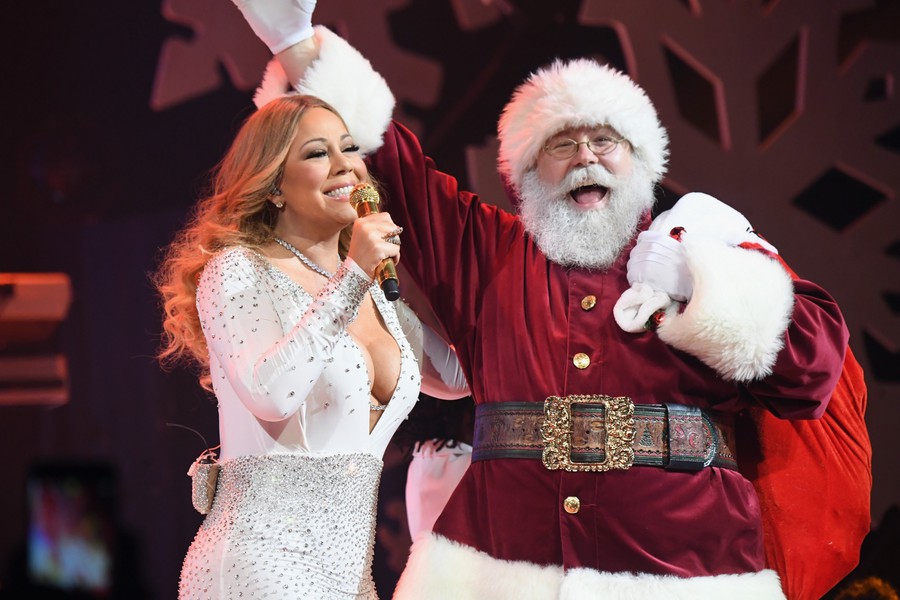 Who hasn’t belted the chorus of Mariah Carey’s “All I Want for Christmas Is You?”

It’s an annual phenomenon. The moment the clocks change from 11:59 p.m. on the dregs of Halloween to midnight on November 1, tinsel and colorful lights suddenly emerge from basements and storage closets, and no one can get the opening of “Jingle Bells” out of their heads. Whether you like it or not, ’tis the season and the holiday spirit is already in the air. It may be confusing and frustrating for some, but to many, listening to holiday music nonstop through the holiday season has become a beloved ritual.

Holiday music has greatly evolved from its religious origins. Some well-known holiday songs, such as “Hark! The Herald Angels Sing,” date back to the 18th century. That song’s opening lines were originally written as “Hark how all the Welkin rings, / Glory to the King of Kings,” and like many others composed at the time, it was sung as a hymn in church.

Additionally, some holiday classics were even written in different languages at first. “Silent Night,” for example, was originally titled “Stille Nacht Heilige Nacht”; its lyrics were composed by Austrian priest Joseph Mohr and its melody by Austrian choir director Franz Gruber. Another common song, “O Holy Night,” originated in France, where it was composed in the late 1840s by Adolphe Adam to a poem called “Minuit, chrétiens.”

It was only in the 1900s that certain qualities of holiday music as it is known today became more prevalent. The invention of technologies such as the radio and television made it easier for people to access and listen to their favorite songs on repeat. Popular movie stars and singers, such as Judy Garland, Nat King Cole, and Elvis Presley, also used these new technologies to start mass-producing their own renditions of already well-known holiday tunes.

Though it may be preferable to listen to Ariana Grande and Michael Bublé covers of Christmas songs today, the joy that comes with listening to classic holiday music remains as strong as ever, if not stronger. Seasonal grinches may find the practice unbearable, especially upon hearing “Let It Snow” for the 45th time in one week, but there may be some reasoning behind this tradition, as revealed in the Washington Post.

“Generally, popular music is about putting yourself out there,” Joe Bennett, a professor of musicology at Berklee College of Music, is quoted in the article. “Christmas music is almost the reverse of that, conceptually and lyrically. It’s about homecoming, nostalgia, looking back to a more innocent time in one’s life or cultural history.”

It’s hard to deny. How else could songs written in the 1940s that are played nonstop every year still be enjoyed today? Though it may no longer be a common practice to roast chestnuts over an open fire, listening to these tunes immediately conjures memories of watching snow fall or spending time with close family and friends. In the same way that we look back at old pictures and videos to reminisce on moments in the past, holiday music allows us to travel to a simpler, sweeter time in our lives. Not to mention that this music is incredibly fun to jam to. Who hasn’t belted the chorus of Mariah Carey’s “All I Want for Christmas Is You?”

So, whether it’s your first or 208th time listening to your favorite holiday tune this season, maybe it’s time to think less about how much the music annoys your neighbors and instead lean into the joy and memories it brings.