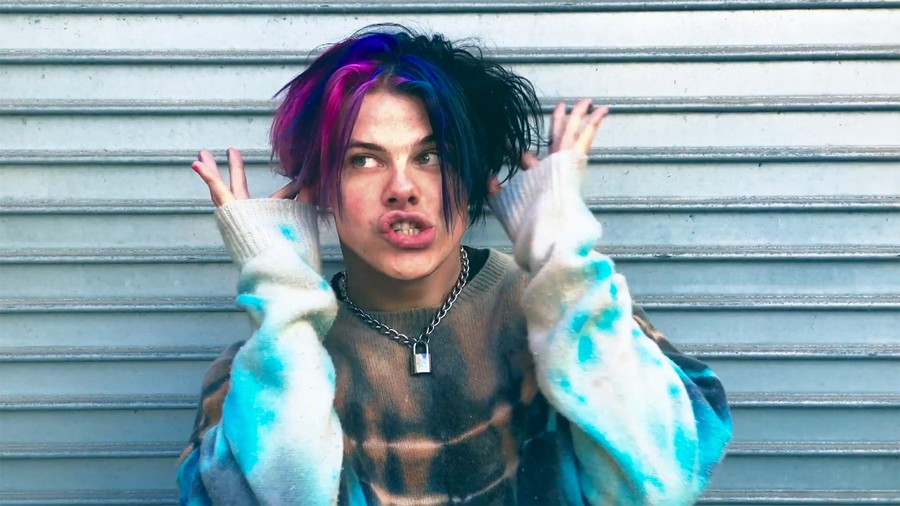 Ahead of the release of Yungblud’s second album, Weird!, on December 4, The Chicago Maroon joined other newspapers to discuss his latest project. The 23-year-old English rock star from Doncaster, UK, whose real name is Dominic Harrison, has incorporated stories from his fans and his personal life to create an album he believes tells the truth about politics, love, mental health, and generally who we are. Yungblud’s punk rock album is unique in and of itself: It melds elements of rock and pop when mainstream music largely centers around pop and hip hop. Moreover, his punk rock aims for inclusivity of all listeners, regardless of genre. But COVID-19 has only made this new record even weirder: His album release and tour have all occurred virtually. The aptly named Weird Time of Life virtual tour has gone from city to city, reaching Chicago on December 3. Despite the limits imposed by the pandemic, Yungblud seems hopeful about the future of rock and roll in our present moment, and, in his words, “about spreading the message of Yungblud, which has ‘always been about a culture, a counterculture…and making young people feel like they always have a place to belong’” in his fanbase.

Weird! tells the stories of his own life as Dominic Harrison from a distance through his Yungblud persona, an idea he deems larger than himself. The concept of “Yungblud,” he says, includes the off-stage Dominic Harrison and his fans. He adds, “Dom Harrison connects to Yungblud the same way as [the name] Franz connects in Germany and Thomas connects in fucking Denmark.” (Franz and Thomas are typical German and Danish names, respectively).

How does this differ from his debut album, 21st Century Liability? Yungblud explains that the first album “is angry because people didn’t get [him].” In contrast to the rage in 21st Century Liability, Weird! explores love, specifically in the song “love song.” For Yungblud, this album documents his own evolution; according to him, there was “a lot of domestic abuse in my home…. The idea of love I saw was my parents’ physical fighting…[I] wanted no part of it…but I met someone who changed my perception and reinvented every feeling I ever felt.”

Recent experiences also added to the album: For instance, he finished “cotton candy,” a song about what he called “sexual liberation,” during quarantine, after having joined protests for the Black Lives Matter movement in Los Angeles. When talking about the line “I figured out that the modern world is turnin’ the wrong way ’round,” Yungblud stated how “very fucking ugly” the protests were, adding that “governments loathe people being free…but our generation is free as fuck.” The album aims to tell his truth and those of his fans at a time when governments may not.

Weird! moves beyond Harrison’s own stories to address those of his fans. It was clear how kind and welcoming Yungblud was: He appreciated the mostly young reporters taking an interest in his music and his career. At the conference, Yungblud gave us an early listen to “mars” from his new album, recounting how the song was inspired by a transgender fan he had met in Maryland. Yungblud hopes that Weird! will empower other young people who feel like outsiders and hopes that parents will better “grasp” the identity of their own children by seeing the diverse identities of other young people at his concerts. In his words, “Our generation is changing shit…. Being yourself isn’t a fucking sin…. That’s what this album is about.” Originally, Yungblud recalls, not everyone was convinced that this type of political message would bring him success: “[When] I was sixteen and came to London to try and be a rock star…everyone said gender and politics don’t get you there.… Labels from the UK [advised me to] go on The Voice…then [they] will sign [me]. Can you imagine, fucking me on The Voice singing ‘Party in the USA’?”

Yungblud also hopes the album and the tour will address those who have been in a state of distress and confusion over the last year, which has been exceptionally strange. “A lot of people feel trapped and a lot of people feel pressured to have an answer…. This album reflects that it is all right to just have questions and it is all right to feel scared, and it’s all right to feel confused because every fucking one of us is, and it is all right to fundamentally be different and weird and strange and abnormal,” he reflected. Weird! is uniquely well suited for our new “weird” way of life, and perhaps it is the right time for Yungblud to bring the rock and roll from Doncaster to young people in the United States. “Just because we can’t touch each other,” he concluded at the conference, “doesn’t mean we can’t feel each other.”