Scholars from across the country come together to discuss assistant professor Timothy Harrison’s first book, "Coming To: Consciousness and Natality in Early Modern England," at a Seminary Co-Op event. 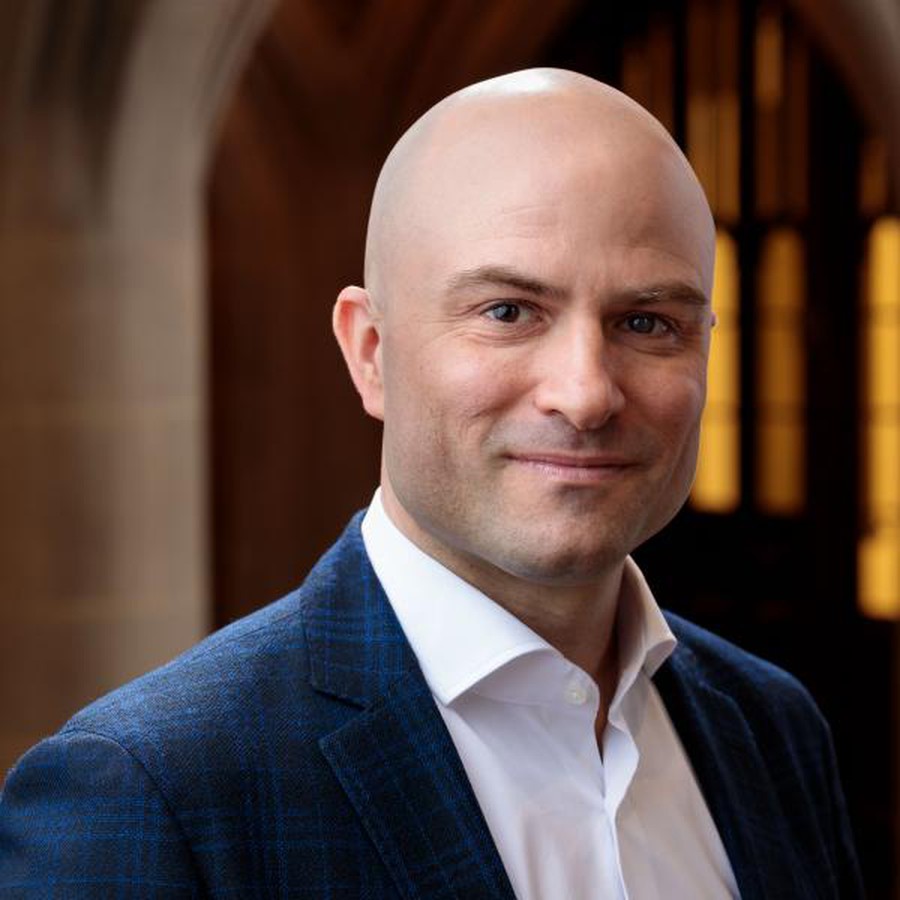 Harvard professor Gordon Teskey said about Harrison's book, “This is original scholarship and thought, immensely and accurately learned, impressive in every way."

At assistant professor Timothy Harrison’s discussion of his first book, Coming To: Consciousness and Natality in Early Modern England, webcams not only showed buzzing, excited participants but also their extensive bookshelves, seemingly making up for the fact that the event was held virtually instead of being held at the Seminary Co-Op Bookstore. The event, co-hosted by the Seminary Co-Op and the University of Chicago Press, was one in a series of virtual book talks by the latter. The attendees, spanning four Zoom gallery view pages, included English professors from Stanford University, Vanderbilt University, and the University of California, Berkeley (UC Berkeley), as well as a substantial chunk of UChicago’s own English department. As cameras turned on and new faces appeared, professors greeted each other with cries of excited recognition.

Before she introduced the book, Joanna Picciotto, interlocutor and English professor at UC Berkeley, said, “This is not going to be the hardcore gladiatorial combat that I know you guys love at Chicago. I have no beef with this book!” Harrison’s peers clearly respect his new work, which focuses on the origin of the concept of consciousness in early modern English poetry. Harvard professor Gordon Teskey said about the book, “This is original scholarship and thought, immensely and accurately learned, impressive in every way…. I have read few books in a long time that are as technically accomplished and that strike me as not only interesting but also as important.”

In her brief presentation of Coming To, Picciotto lauded Harrison’s approach to studying consciousness, in which he analyzes the poetic origins of consciousness in the work of John Milton and Thomas Traherne, as well as the concepts of consciousness in John Locke’s philosophy. “This really is literary criticism,” she said.

Picciotto then pivoted to Harrison himself, prompting him with questions about his analyses of Milton. Harrison, a former fashion professional who received his Ph.D. at the University of Toronto, transitioned into discussing the structure of his book, which focuses on Milton, Traherne, and Locke. All three of them wrote on the “flaring of consciousness into being” within two decades of each other. Harrison then addressed Picciotto’s questions about Milton’s Paradise Lost, explaining that though Harrison’s analysis focused on the moments when various characters, such as Adam or Sin, wake up, we can see the entire poem as a result of “the birth of consciousness,” as dubbed by *Coming To*’s table of contents. *Paradise Lost*’s goal is to demonstrate how people exercise their free will, and Harrison’s analysis locates the moment in which free will comes into being.

After Picciotto and Harrison’s discussion, Seminary Co-Op moderator Adrienne Meyers read audience questions from the chat. Once the allotted time ran out, she encouraged audience members to unmute themselves and chat as they might after a normal book event. “Party on,” she said.