The Maroon is in Iowa This Weekend: Here's What to Expect 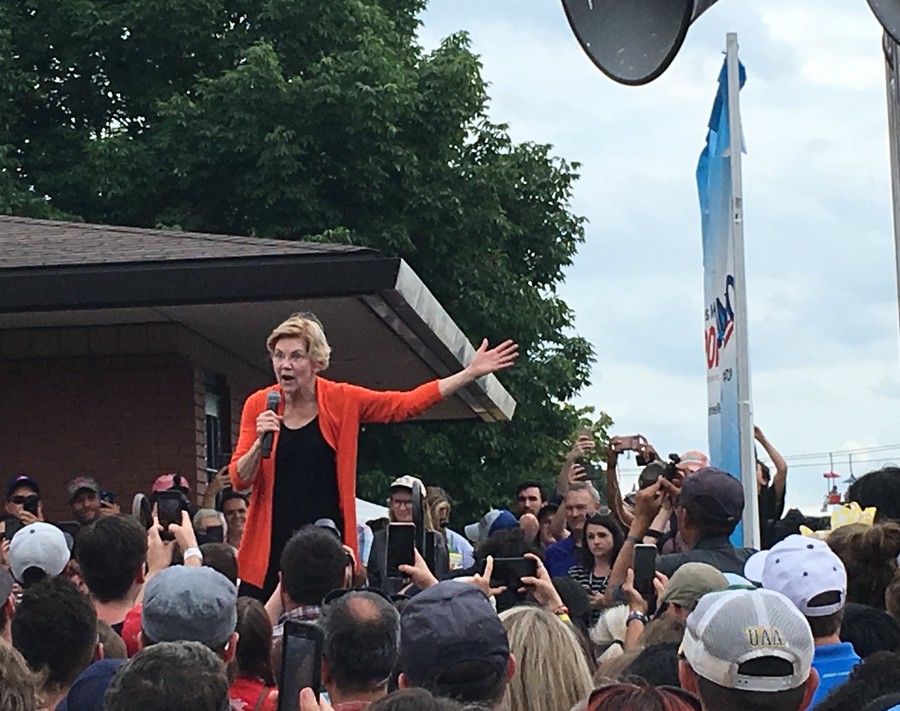 Elizabeth Warren addresses a crowd at the Iowa State Fair as she makes her pitch for the caucuses.

You might have heard that there’s an election going on.

The first official step for parties nominating candidates for the November 3 presidential election takes place this Monday with the Iowa caucuses. Iowa is the first state in the nation to hold its nomination process, with the New Hampshire, Nevada, and South Carolina following shortly afterwards (February 11, February 22, and February 29, respectively).

The Maroon will be in Des Moines, Iowa City, and Newton, Iowa, this weekend to cover the final countdown to the caucuses and caucus night itself. Reporters will be embedded with three student groups campaigning for different candidates: UChicago for Warren in Des Moines, UChicago for Pete in Newton, and UChicago for Bernie in Iowa City.

Over the next three days, The Maroon will follow these students’ last efforts ahead of the caucuses as they knock doors, organize events, and assist on the caucus floor.

It’s also important to know what a caucus is and how it works. A caucus is one option for a state party to choose a party standard-bearer in the general election; a primary is the other option. Only six states will hold caucuses in 2020, with Iowa and Nevada being the best-attended.

In the Democratic caucus contest, citizens gather at a designated caucus site and then organize themselves according to which candidate they support in different parts of the space. Each group of supporters is then counted to measure support for their candidate. In order to receive delegates in a caucus, a candidate must garner at least 15 percent of the gathering’s total attendance. Each group has a chance to make a speech on behalf of their candidate. Groups comprising less than 15 percent of attendance must disperse to their second choices’ groups instead, until everybody has either chosen a candidate group or officially caucused as “undecided.”

The University of Chicago Democrats hosted a “mock-us” last month to run through the caucus process and gauge support levels for different candidates on campus. Colorado Senator Michael Bennet took third place, with 17 percent of the vote. Senator Elizabeth Warren from Massachusetts placed second with 36 percent of support. Vermont Senator Bernie Sanders came in first place, with 46 percent of attendees caucusing for him.

The Republican caucus method is more similar to that of a primary, with every attendee submitting a secret ballot following speeches by representatives of each candidate. Although former governor Bill Weld is challenging President Trump, the Republican caucus this election cycle is expected to largely be an affirmation of the Iowa Republican party’s support for the president.