The Center for the Study of Race, Politics, and Culture (CSRPC) received a $4 million grant from the Andrew W. Mellon Foundation as UChicago United intensified efforts for the creation of an Ethnic Studies department. 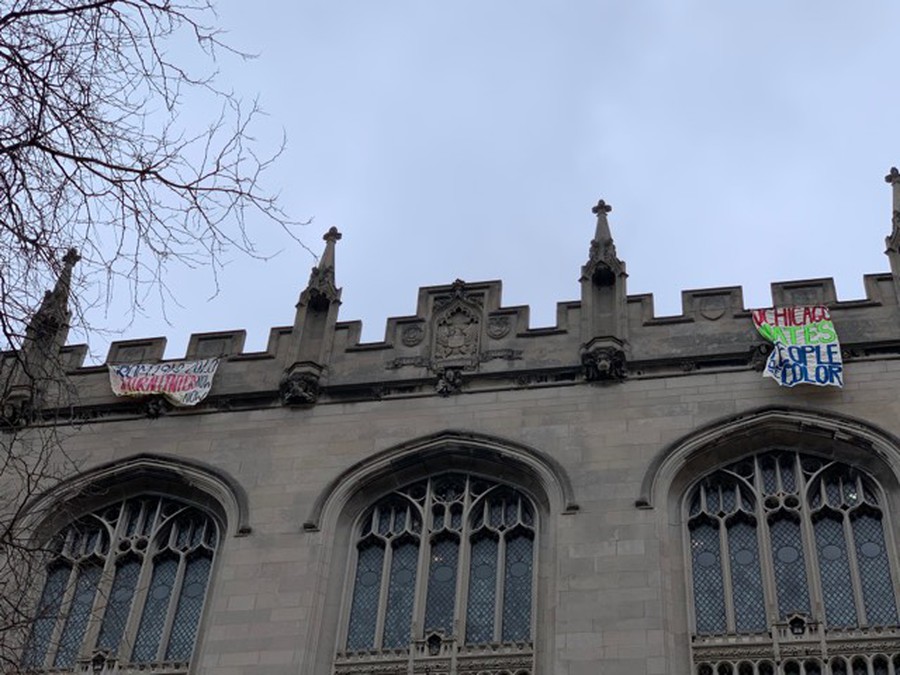 The Center for the Study of Race, Politics, and Culture (CSRPC) secured a $4 million grant for the study of race from the Andrew W. Mellon Foundation earlier this month, as a student campaign for an ethnic studies department intensified.

CSRPC received the grant alongside similar institutes at Yale, Stanford, and Brown Universities as part of an effort to encourage collaboration between the campuses.

According to its website, the Mellon Foundation “seeks to strengthen, promote, and defend the centrality of the humanities and the arts to human flourishing and to the well-being of diverse, fair, and democratic societies.” In the past, the foundation has awarded grants totaling $6.98 billion dollars for projects that often deal with preserving the cultural heritage of marginalized communities and supporting humanistic scholarship centered on those communities.

“This funding from Mellon is, I think, an affirmation that the study of race and ethnicity is critical to our campuses…that the study of race in the humanities and in the humanistic social sciences is key and should be supported broadly in all departments at the University,” said CSRPC executive director Tracye Matthews in an interview with The Maroon. “Mellon is basically affirming [the] position…that race is critical in all disciplines.”

The money is earmarked for a variety of initiatives, including grants to support faculty, postdoctoral, and graduate student research. The grant will also fund fellowships for visiting scholars and artists, as well as an event series titled “Race at the Center of the Humanities.”

One major goal for using the grant money, according to CSRPC interim faculty director Salikoko Mufwene, is to enable faculty members to work both individually and collaboratively to develop new courses. New classes in the comparative race and ethnic studies (CRES) major should be available by next winter, according to Matthews, and CSRPC faculty have discussed developing classes on race and ethnicity for the College’s Core.

The grant will also support the creation of a Transdisciplinary Research Ideas Incubator (TRI2).  TRI2 will fund projects among faculty across disciplines, focusing on themes in race and ethnic studies.

“The idea is that faculty are interested in collaborating with each other across departments and disciplines, but often they don’t know where the overlap in interests lies,” Matthews said. “So this is an opportunity for them to take space to figure out themes or topics that they’re interested in jointly.”

According to Matthews, one of the reasons CSRPC views developing new CRES courses as so important is the recent student activism led by UChicago United’s #EthnicStudiesNow working group. The group has held teach-ins and issued demands to the administration, calling for CRES to be consolidated as a department with the power to hire its own faculty and a more robust set of course offerings.

On January 27, the group sent an open letter to CSRPC–affiliated faculty, expressing its dissatisfaction with the lack of progress toward departmentalization and what it saw as insufficient engagement with student activists.

“For years, we have yet to see faculty affiliates actively supporting our work and materializing the liberatory, decolonial, and/or anti-racist ideologies they claim to embody,” the letter states. “As CRES students, we are constantly left with academic scraps compared to actual departments. Our program is characterized by its inconsistent and insufficient course offerings taught in each subfield, a negligent BA program, and an inadequate focus on race as a central analytic.”

In a statement provided to The Maroon, UChicago United explained that increased investment in CSRPC didn’t satisfy what it sees as a need for an academic department.

“The #EthnicStudiesNow Working Group of UC United is happy that the CSRPC received the grant. We hope plans for the money will be created with students in the conversation and that new CSRPC initiatives will lead us in the right direction for creating an Ethnic Studies Department,” UChicago United wrote. “Even with the new grant, we will still demand that central University administration make long-term, institutional and financial investments into an Ethnic Studies Department.”

On January 30, UChicago United hung a banner from Harper Memorial Library that read  “UChicago Hates People of Color” and issued a statement reiterating its demands for an ethnic studies department and cultural centers.

In interviews before the banner-hanging, Mufwene and Matthews both emphasized the value of expanding the University’s curricular and research base in race and ethnic studies before moving forward with forming a department.

“I think that even though this isn’t completely what [UChicago United is] asking for, this is an opportunity for faculty to have time to propose new courses that will be available to students centered on race in particular: some courses on theory, in methods, and also applied courses, praxis,” Matthews said. “This is just one of several strategies that we’re working on to try to move us in the direction that students are demanding.”