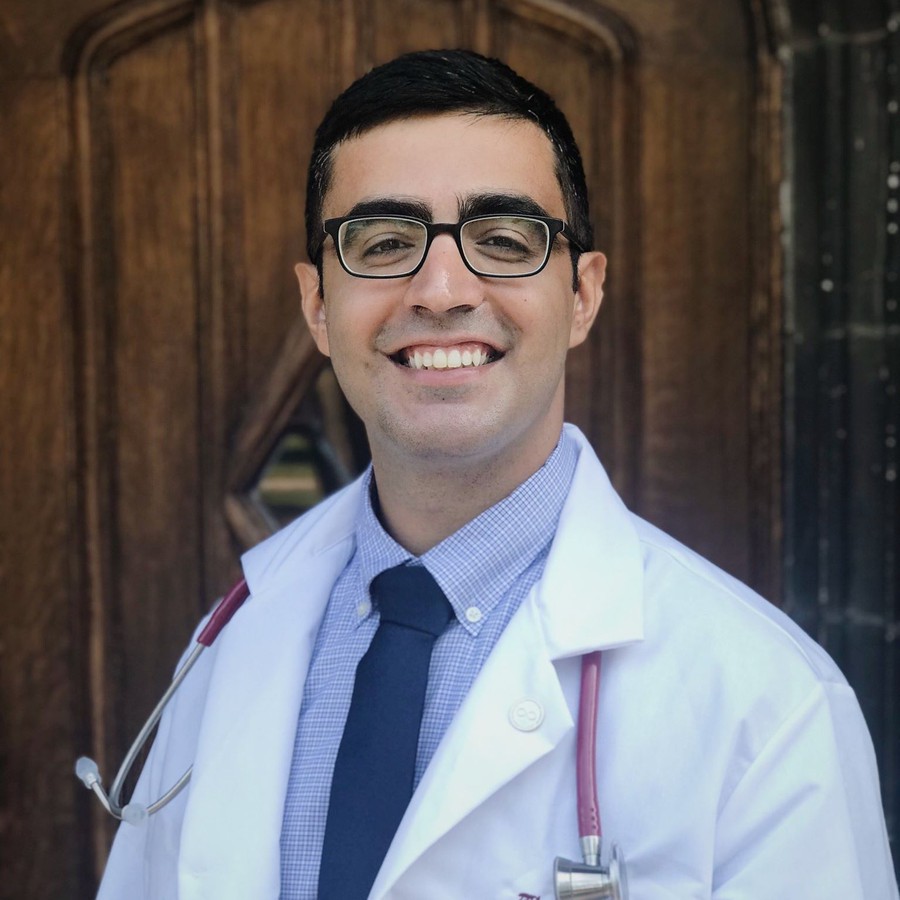 During the weekend preceding February 3’s Iowa caucuses, volunteers with UChicago for Bernie canvassed a house with a “Trump 2020” sign on the garage door, a woman with “Pete” signs in her window and on her lawn, and even a man working the register at an Iowa City sandwich shop.

Many volunteers approach residents with an issue they particularly want to talk about: one that connects to their own lives and that may be the reason they chose to support Bernie Sanders in the first place. For first-year UChicago medical student Hayder Ali, it’s Sanders’s signature proposal of Medicare for All that dominates many conversations.

Ali grew up in a low-income community that struggled to access adequate health care, and said his childhood experiences shaped both his career path and his politics.

“I came to the U.S. when I was four and a half, and I grew up in a really working-class household. My mom worked a variety of minimum wage jobs essentially for most of my life,” Ali said.

“Growing up, both my sister and myself [were] on Medicaid and my mom [was] uninsured and eventually [got] county health insurance…. As someone who grew up on Medicaid and [is] now going into medicine, Medicare for All is long past time.”

When Ali’s mother developed diabetes, he witnessed firsthand what it meant for her to be uninsured. His family’s experience with the American medical system pushed Ali into medical school and political activism.

“Health care is something that’s palpable and tangible and affects people’s lives,” Ali said. “[It affects] people like my mom and other people from the community, including undocumented people who have health-care concerns and can’t really meet their needs…. Medicine is just something that allows me to combine advocacy work with something that’s challenging intellectually.”

Ali considered himself a Republican until 2012, when he was 18. The 2008 recession and activist backlash to perceived economic abuses, especially the Occupy Wall Street movement, began to change his mind. The financial trials his family endured over the course of the recession years gradually altered the way Ali viewed politics.

“What I noticed throughout the 2000s was that things were getting harder and harder and then, after 2008, I would say the period from 2009 to 2011 or 2012 was the hardest time,” Ali said. “We quite literally sometimes couldn’t put food on the table…. I started to question the things that I assumed about the way the world worked.”

Troubled by what he saw as an economic system that didn’t serve the working class, Ali spent time “soul-searching” before he started college at the University of Houston and entered his undergraduate years with what he described as an “increased awareness of structural economic issues.” When Sanders launched his first run for president in 2015, Ali felt that Sanders was speaking for working-class people.

“I was drawn to Bernie because I felt like the Democratic Party as it was didn’t really represent me or speak for me,” Ali said. “When Bernie ran in 2015, I actually had no idea who he was…. He caught on like wildfire and then I got sucked in because for the first time in my life I felt like somebody spoke to me. Someone represented me.”

When Sanders declared his candidacy for the 2020 presidential race, Ali immediately jumped onboard. Starting medical school this year reinforced his belief in the need for the kind of comprehensive economic reforms that Sanders proposes. Ali described his experiences seeing patients in the University of Chicago clinic and studying for a class focused on disparities in health outcomes and explained that these factors drove home the ways in which the issues of inequality Sanders emphasizes manifest in health care.

“You get into the clinic and we’ll treat your illness but we’re not going to talk about why is it that you are in that shape. Do you not have access to healthy food?” Ali said. “I think what medicine needs to do is focus more on talking about why people are having these bad outcomes, which inevitably involves talking about inequality.”

Ali said that in the event Sanders isn’t the Democratic nominee, Elizabeth Warren is his “distant second choice.” Following the Iowa caucuses, he plans to keep organizing in preparation for the Illinois primary, and to use what he learns as a medical student to advocate for single-payer health care.

“[I hope] that UChicago for Bernie continues long after Bernie is elected, to keep organizing and to just generally [support] movements in whatever way I can.”