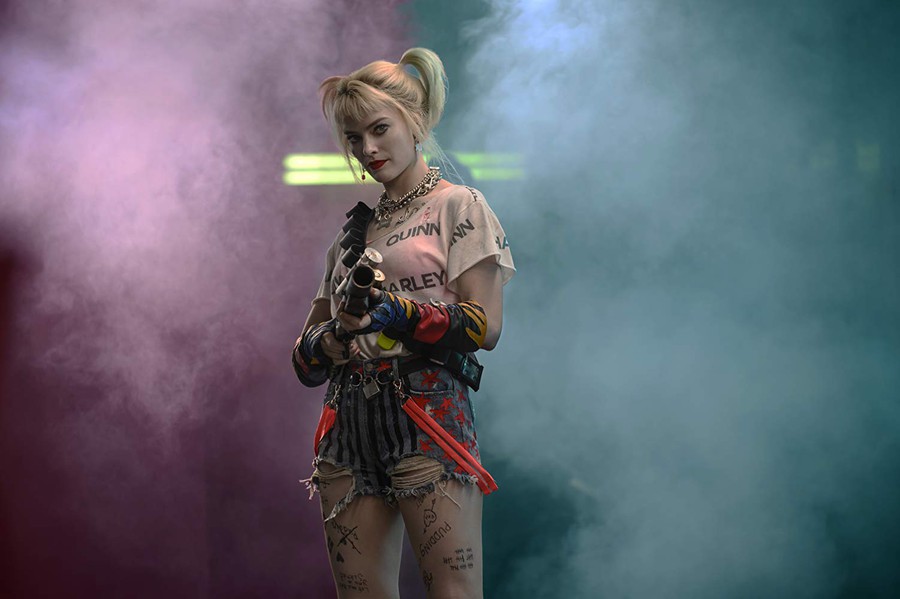 Margot Robbie in "Birds of Prey: And the Fantabulous Emancipation of Harley Quinn"

Look, if you go into Birds of Prey expecting an insightful, critical story about a female antihero who braves troubling circumstances in a tightly knit plot, don’t hold your breath. This movie ain’t it. But it’s so much fun that it doesn’t have to be. It’s a rollercoaster of action scenes, going from one beautifully choreographed fight to the next.

Directed by Cathy Yan, Birds of Prey is exciting and hilarious. Margot Robbie shines as Harley Quinn, the breakout star from Suicide Squad, who is now on her own after her relationship with “Mr. J” goes awry. (Birds of Prey handles Jared Leto’s less-than-well-received performance as the Joker by removing him from the film entirely.) She’s discovered that publicly updating her relationship status paints a giant target on her back, and, through a series of slightly confusing events, teams up with a bunch of women to fight her way to revenge, diamonds, and freedom.

Admittedly, this narrative is not the most original or complex, but where the plot fails, Harley picks up the slack. Robbie embodies Harley’s unhinged charm and dominates the film, whether in her devoted love affair to a breakfast sandwich or in breaking pickpocket Cassandra Cain (played with wit and snark by Ella Jay Basco) out of prison. The movie is unapologetically Harley’s—for better and for worse.

The upsides? The action flows seamlessly, each battle with its own creative twist and each character with their own trademark fighting style. Rosie Perez, Mary Elizabeth Winstead, and Jurnee Smollett-Bell impress as the other women of the titular Birds of Prey, while Ewan McGregor is equally delightful as villain Roman Sionis, toeing the line between absurd hilarity and sobering malice.

The downsides? The film’s focus on Harley relegates its other protagonists to the sidelines. Despite the actresses’ efforts, Renee Montoya (Perez), The Huntress (Winstead), and Black Canary (Smollett-Bell) suffer from a lack of development made all the more obvious by the film’s less-than-coherent plot. The women don’t come together to fight until the film’s final 30 minutes, and even then, their meeting feels contrived.

Still, Birds of Prey never tries to be anything it isn’t. It’s as unapologetic as its protagonist, reveling in its chaos while shying away from complexity and introspection. It’s pure entertainment—whatever that means.