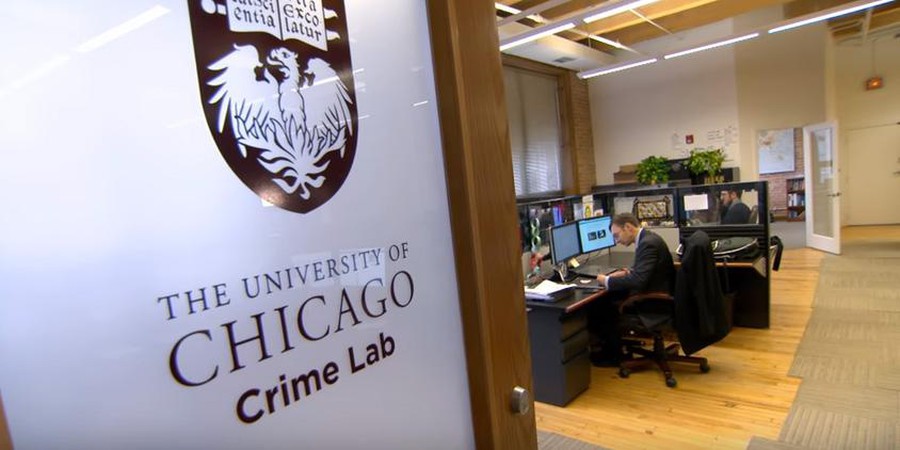 The UChicago Crime Lab has been working with the Chicago Sports Alliance since 2016.

The UChicago Crime Lab is now reaching its third year in collaboration with the Chicago Sports Alliance, a group of local professional sports teams dedicated to reducing gun violence in Chicago’s South Side. Their efforts are beginning to see results.

Founded in 2017, the Alliance has given millions annually to support local gun violence reduction initiatives. Its five members are the Chicago Bears, Blackhawks, Bulls, Cubs, and White Sox.

Kim Smith, Associate Director of Criminal Justice Initiatives at the Crime Lab, said in an interview with The Maroon that cooperation like this, on a city-wide scale, is uncommon in the sports world.

“I don’t think the five of them had ever done anything collectively to this magnitude,” Smith said. She called the Alliance “the first of its kind in Chicago, and maybe even in the nation.”

The five teams reached out to the Crime Lab in late 2016 after Chicago saw historical annual increases of 58 percent in homicides and 43 percent in non-fatal shootings from 2015 to 2016. The Crime Lab has been collecting data on crime and violence in Chicago and making recommendations to civic engagement groups since 2008.

“I think that really caught the attention of a lot of the sports team owners,” Smith said regarding the statistics. “They approached us and asked what they could do, and that’s how the Sports Alliance came about.”

Since then, the Crime Lab has worked directly with the Alliance, not only presenting data but making recommendations about relevant initiatives to reduce gun violence.

“We helped the five teams think about promising strategies and programs currently being implemented, and how their dollars might be able to accelerate and support those programs,” Smith said.

The Crime Lab recommended the teams donate to local initiatives like Choose to Change, which is dedicated to reducing youth violence through education. They also recommended that the Bears donate to the Dovetail Project, which provides young fathers with resources for their children, and My Block, My Hood, My City (M3), a youth engagement organization. The Bears' donations to the Dovetail Project and M3 were independent of the Sports Alliance.

With M3, the Crime Lab’s involvement goes deeper than recommendations. They have been actively involved in developing new strategies for M3’s youth engagement platform, like their new youth-led tours, where local youth give patrolling police officers a tour of their neighborhoods.

“The goal is really to create a space for these two groups—police officers and youth—to build relationships and common understanding,” Smith said.

The NFL’s Social Justice Initiative, a national effort that the Bears participate in, saw less University involvement, although the Crime Lab did present data to the league.

“We spoke to the players, and they were really excited and wanted to learn about the scale of some of the challenges we were facing in Chicago,” Smith said. “We were really encouraged that they wanted to understand what was happening, and then, based on the data, think about how they could make the biggest impact.”

According to Smith, the Crime Lab is now collecting promising data on the effectiveness of the Alliance’s efforts. One effort from 2017, she said, which donated to the Chicago Police’s Strategic Decision Support Centers, has been found to have reduced shootings in Englewood, just west of Hyde Park, by 24 percent.

The program Choose to Change is also showing promising results.

“We’re in the process of doing the analysis, but what we’re seeing is a reduction in violent crime arrests for youth who participate in Choose to Change to the magnitude of around 45 percent. We’re also seeing an increase in school engagement,” Smith said.

Smith emphasized the five teams’ symbolic voice alongside their monetary donations as the key to their influence in addressing issues in Chicago.

“Of course the monetary support was incredibly crucial to being able to continue and advance the programs, but we really thought that just as important was the voice that the teams gave to these issues,” Smith said.

This article has been updated to reflect that donations made to the Dovetail Project and M3 were independent of the Sports Alliance and made through the Bears Social Justice award. A link has also been added to clarify the Crime Lab's methodology in determining the effectiveness of its programs.