After Iowa and New Hampshire, UChicago for Pete Brings Their Moderate Pitch Home to a Progressive Campus 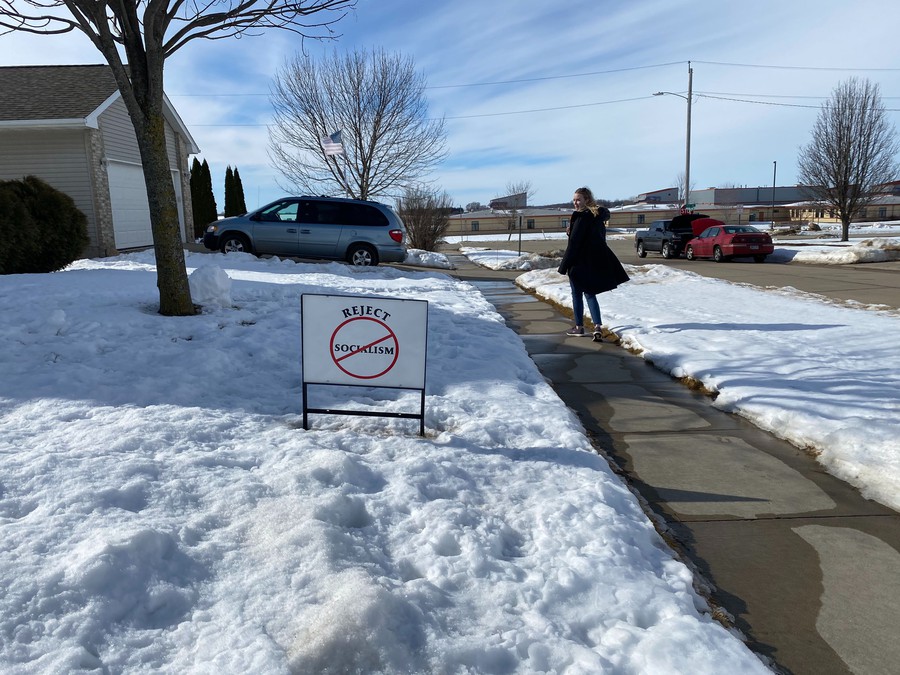 UChicago Buttigieg supporters campaigned in Iowa prior to the caucus.

Editor’s note: The interviews in this article were conducted during the week before the Nevada caucuses.

With the Democratic race’s first three contests in Iowa, New Hampshire, and Nevada behind them, UChicago for Pete is looking ahead to the upcoming contests in South Carolina and Super Tuesday, as well as the March 17 Illinois primary.

After an unprecedented delay in releasing the results of the Iowa caucuses, Buttigieg seemed to emerge with a narrow lead in national delegates over Sanders with the two candidates taking 13 and 12 delegates respectively. Sanders won the popular vote by over 2,000 votes.

The results of the New Hampshire primary, while not a victory, were an encouragement to UChicago for Pete. Sanders again took the popular vote, but he and Buttigieg both received the same number of delegates.

Grace Wright, UChicago for Pete’s communications coordinator, recalled the 2016 democratic primary in New Hampshire, in which Sanders, a senator from a neighboring state, handily defeated former secretary of state Hillary Clinton with over 60 percent of the vote.

“We definitely expected, I would think, a larger gap between the two candidates,” Wright said. “But we were ecstatic.”

Wright sees the New Hampshire results as evidence that Buttigieg can perform strongly even in “Bernie country.”

“Nevada was a tough loss,” Wright said in a statement to The Maroon after the results came in, “but it only shows us how hard we’re going to have to battle going forward. Mayor Pete has consistently out-performed expectations, and we trust he’ll do so going forward. UChicago for Pete stands behind Mayor Pete wholeheartedly, and will continue to spread his unifying message across the campus.”

UChicago for Pete members had spent part of last weekend calling voters in Nevada in preparation for the caucuses.

Second-year Zander Arnao, who serves as UChicago for Pete’s membership and recruitment coordinator, spent the summer working for the Buttigieg campaign in Iowa, and returned to the state with a UChicago for Pete delegation for caucus weekend.

Given Buttigieg’s relatively robust performance in Iowa and New Hampshire, and “knowing that the campaign was probably going to be going for a while, at least through Super Tuesday,” Arnao told The Maroon, UChicago for Pete has taken steps to shore up its institutional structure.

“We realized there was a greater need for us to get organized, to take on more well-defined roles and to have action plans for doing things like phone banks,” Arnao said.

The organization also plans to increase its on-campus presence in a bid to win support ahead of the Illinois primary on March 17. Arnao said that UChicago for Pete plans to hold “Pete-Ups,” small-scale events where students can meet with the group’s leadership in a public setting, such as the Regenstein Library.

They also plan to station members on the quad and to potentially knock doors in the University’s residence halls.

Winning support on the University’s campus promises to be an uphill battle for UChicago for Pete. While there is no polling data on the University specifically, Sanders has consistently outpolled his opponents among college students nationally. He also won a “mock-us” held by the University of Chicago College Democrats in January with 47 percent of the vote.

UChicago for Bernie Sanders has by far the largest campus presence of any student campaign organization; it brought over 100 members to Iowa ahead of the caucuses and has been holding on-campus events since the fall.

University employees have also demonstrated strong support for the candidate. In December, The Maroon reported that Sanders had received 26 percent of donations to presidential candidates by University of Chicago employees, leading Buttigieg by 6 percentage points and Massachusetts Senator Elizabeth Warren by 11 percentage points.

Arnao and Wright plan to win over their peers by arguing that Buttigieg is more progressive than many believe, but more practical than his progressive opponents.

Particularly crucial to UChicago for Pete’s on-campus campaigning: convincing primary voters to accept Buttigieg’s public option Medicare for All Who Want It over the much more expansive single-payer Medicare for All advocated by Sanders.

Sanders’s plan, Wright said, will “build a whole lot of resentment” among Americans who don’t want it implemented, and will inevitably “continue to push this pendulum back and forth from a far left to a far right standpoint.”

Hansen is somewhat dubious about both Buttigieg’s and Sanders’s electability.

“The problem that Buttigieg has is that the biggest thing he’s ever done is to be mayor of South Bend,” Hansen said. The former mayor’s home city of just over 100,000 residents is the fourth largest in Indiana.

“Pete’s electability, I think, depends on overlooking a bunch of things,” he said, though he noted that Buttigieg’s government experience compares favorably with that of President Donald Trump, who “had never been president of his condo board” before being elected to the nation’s highest office.

With the Illinois primary three weeks away, it is still unclear how much momentum each candidate will bring to the contest, or even which candidates will make it that far. Twenty-three states will have primaries or caucuses before then, including the critical 14 contests that will take place on Super Tuesday, which this year falls on March 3.