In the Florida Everglades, the Kids Aren’t Alright 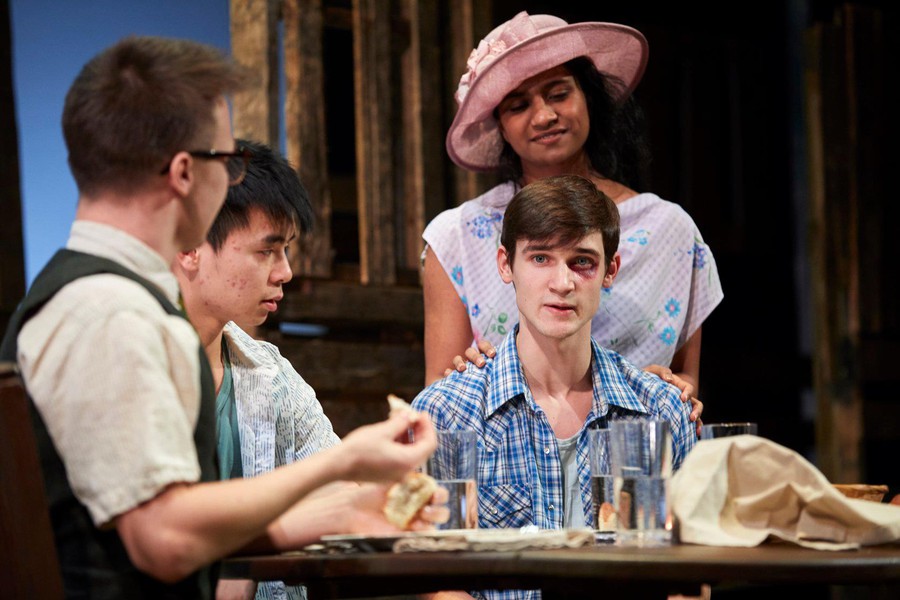 "Ever in the Glades" tells a story of teenagers who return home to parents who have failed them, conjuring laughs while also bringing the gravity of sympathetic silence.

Disclaimer: The writer of this review has previously worked and currently works with several members of the cast and crew on various theater productions at the University.

The winter theater main stage season has officially begun. But the first show is, unusually, not a University Theater production. See, while the cast is made up of students, the major positions on the production team are entirely Theater and Performance Studies (TAPS) professional staff. The TAPS “pro-show” (as it has come to be called) is an opportunity for the pro-staff to demonstrate their experience in the theater industry for a UChicago audience, working together to put on a fully staged production.

This year’s production was Laura Schellhardt’s Ever in the Glades, winner of a 2019 AATE Distinguished Play Award. Directed by Tiffany Trent and staged in Theater East at the Logan Center, Ever in the Glades tells the story of a group of teenagers, all of whose parents have failed them in various ways, living on an island in the Florida Everglades. When Z (Brandon Zang), brother of the young Ames (Jonathan White), returns home from juvie after supposedly killing his father, he ropes the other children into his plot to escape the island. As they develop their scheme, the audience is given a glimpse into their home lives, where their parents misunderstand, neglect, and even abuse them.

Under Tiffany Trent’s direction, the performances all around were spectacular. Zang and White as Z and Ames respectively captured the energy and dynamic of two brothers uneasily reuniting after years of separation. Their friends Delia, Elijah, and Junker G, played by Ling Lin, Jeffrey Sun, and Leonardo Ferreira Guilhoto each brought a unique perspective on teenagers neglected by their parents. Guilhoto as Junker G showed off his impressive acting range (those who witnessed his turn as Black Stache in Peter and the Starcatcher two years ago and Father in Eurydice a quarter later can attest to this), eliciting some of the strongest laughs, while also getting plenty of quieter moments as he struggles with the desire to escape his father, even though he still respects him as a parent. Reed Thurston and Shreya Shettigar are also absolutely worthy of praise; portraying all of the adults in the play, Thurston and Shettigar often played multiple characters within the span of only a few minutes. With Nathan Rohrer’s exceptional costume designs, the two transformed themselves into completely different characters within seconds.

The play’s production design as a whole was also noteworthy. It’s the middle of winter here in Chicago—granted, an unusually warm one—but the show’s design wonderfully captured the heat and humidity of Florida. There was no actual water in sight, but Kurtis Boetcher’s set so convincingly featured the tones and textures of a dock along a swamp that you may have legitimately wondered if an alligator was going to jump up and grab one of the protagonists (or preferably one of their parents). Eric Watkins’s lighting design also worked well, differentiating location and time within the stationary set, but it really came through in the play’s more surreal moments.

Overall, Ever in the Glades proved a worthy start to the theater season with its themes of intergenerational conflict and the sheer artistry at play in direction, performance, and design. Serving as a taste of what can come forth when the educational world collaborates with the professional theater industry, it is a compelling argument for additional similar productions.