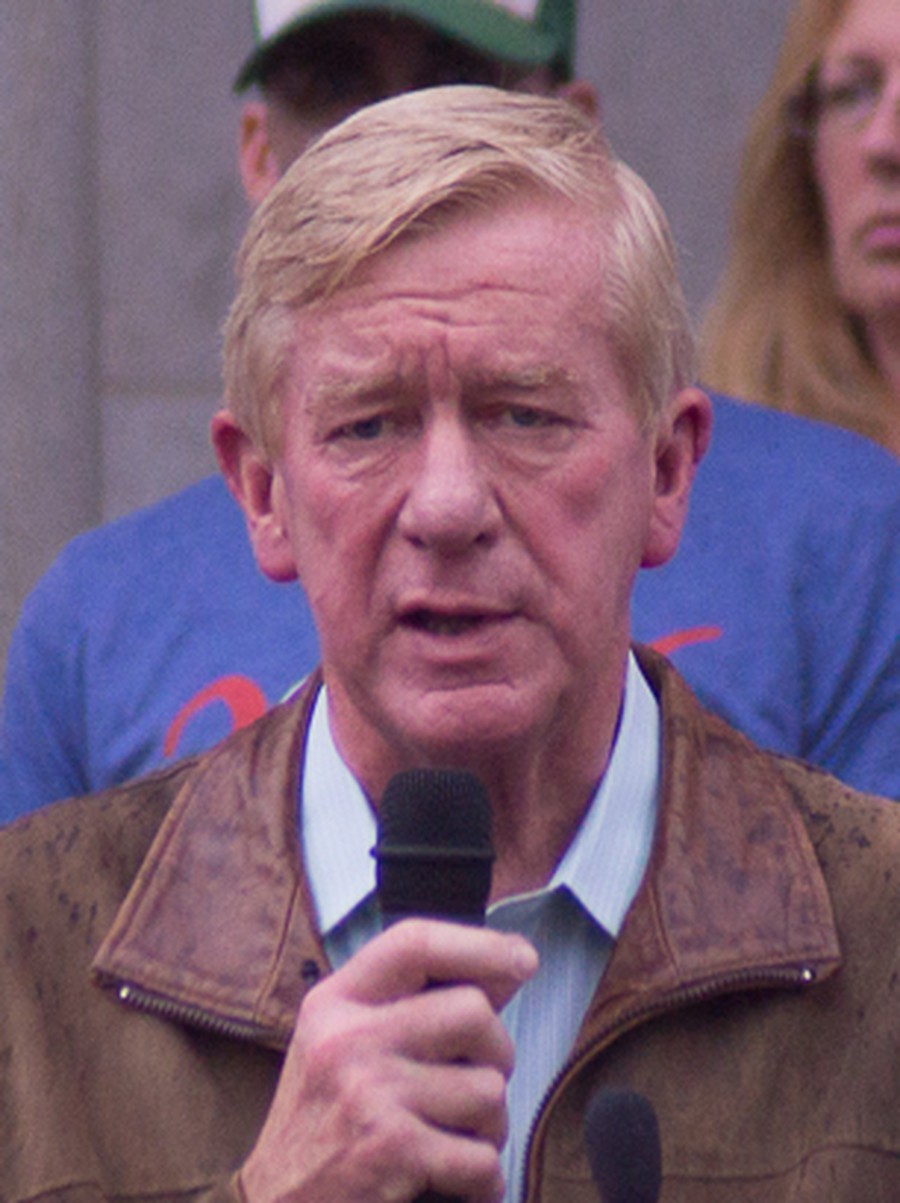 On Monday, January 27, former Massachusetts Governor and candidate for the Republican nomination in 2020 Bill Weld spoke with WBEZ’s Rob Wildeboer at the Institute of Politics (IOP). Governor Weld spoke about his campaign, the state of the Republican Party, and hot-button topics such as healthcare, impeachment, and foreign policy.

Throughout his career, Weld has switched parties several times, and has often been at odds with fellow Republicans. Weld endorsed then-Senator Barack Obama over Senator John McCain in the 2008 presidential election, though he later admitted that was a mistake and endorsed fellow former Massachusetts Governor Mitt Romney in 2012. In 2016 he joined the Libertarian Party and was the party’s nominee for vice president. Since then, Weld has opposed President Trump, and he rejoined the Republican Party in 2019 to run for the Republican presidential nomination.

Governor Weld faces an uphill battle; several state Republican parties have removed him from primary ballots or canceled their primaries altogether. However, Governor Weld remains optimistic about his chances, and has high hopes that he will outperform expectations in the New Hampshire primary. “I was kind of an accidental governor, but I did get there,” Weld said.On healthcare, a touchstone issue in the 2020 presidential campaign, Weld drew a distinction with Democrats running for president.

The federal government, said Weld, is too involved in the current healthcare system. Instead, Weld advocated for tax-advantaged medical savings accounts as a way to expand access to healthcare. He also emphasized his socially progressive standpoints:“I was the first in the country to get way out there on gay rights and on reproductive rights.”

Weld was careful to direct his criticism at President Trump and not at Republican voters.“In flyover country, a lot of people felt left behind,” Weld said.“They were right to feel a certain amount of incrimination.” But, he said, President Trump is responsible for stoking that into hatred. Weld additionally disparaged the current administration’s socially conservative policies, saying, “Reproductive rights and civil rights for gays and lesbians and gaymarriage, that’s a big part of becoming the law of the land.”

Voters, he said, “want to see me, that there is a Republican alternative to Donald Trump!”Weld characterized Trump as a “dishonest businessman” who is “overspending by trillions of dollars ayear,” in contrast to his own belief that “there is no such thing as government money, there is only taxpayer money.”

Regarding his party-switching and past criticism of the GOP, Weld said that he is “not a big loyalty man. I think loyalty is too often, particularly in Washington, an excuse to do the wrong thing.” Instead,Weld emphasized his relationships with Democrats and Republicans alike, and that he “was ranked the most fiscally conservative governor in the United States when I was in office.”

Weld said that he always does what he thinks is right, regardless of party wisdom or political correctness: “It might not be everyone’s dish of tea, but it’s my dish of tea.”

Overall, Weld’s underlying message was consistent. “I honestly think that [President Trump is] a threat to our democracy,” Weld said, pointing to Trump’s “vilification of the free press [and] independent judiciaries.”