At IOP, Top Republicans Ask: 'Whose Party Is It Anyway?' 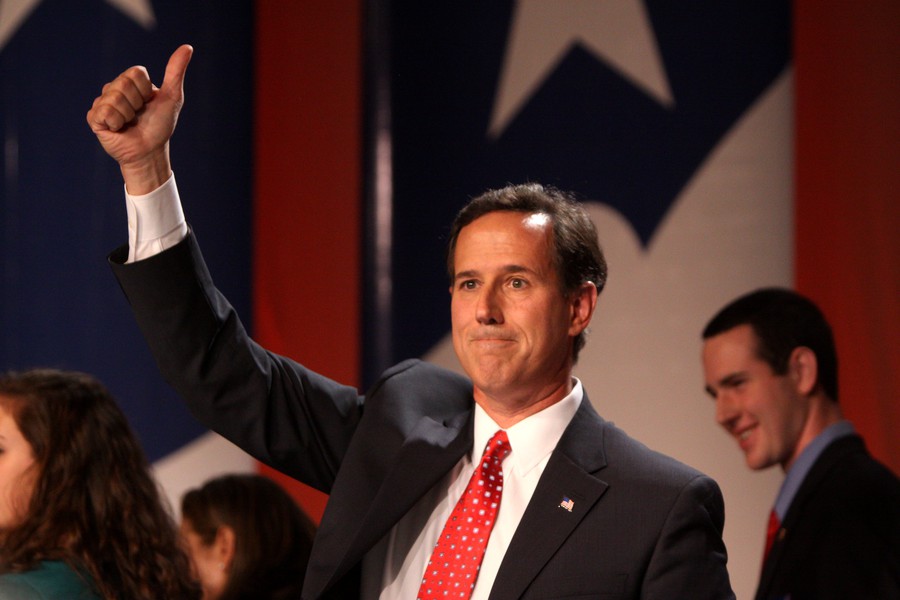 The Institute of Politics (IOP) hosted a debate between former Pennsylvania senator Rick Santorum and conservative commentator Bill Kristol on February 27 in Ida Noyes Hall, titled “Republicans: Whose Party Is It Anyway?” Santorum and Kristol each argued their vision for the future of the Republican Party. The debate was moderated by Margaret Hoover, a conservative commentator and the host of PBS’s Firing Line.

To Kristol’s claims, Santorum countered that, although Trump’s character is not widely admired, his policies are still reasonable, which is why he garners so much support among the other members of the Republican Party. Kristol, on the other hand, was “very alarmed by the normalization of Trump-like behavior in the Republican Party,” and raised fears that Trump’s behavior could lead to a “new world order” in which polarizing figures like Trump and Vermont Senator Bernie Sanders could prevent bipartisan compromise. “It really has been good for America to have reasonably civil political parties,” Kristol said.

Santorum moved to a discussion of different areas where the Republican Party has failed to gain any progress. He began with the issue of balancing the budget, which is a topic that he says is at the forefront of many conservative platforms. Santorum expressed frustration at the fact that Republicans talk about reducing the national debt but don’t actually do anything to make that happen.

Santorum warned, “We’re going to pay a price, maybe it’s 10 years from now, maybe it’s 50 years from now, where we’re going to have massive inflation of the currency to handle this debt, and it’s going to be a cataclysmic event for some future generation.” He continued, expressing disdain towards Republicans and health care and arguing that Paul Ryan and Mitch McConnell had no plan for health care.

“Nobody wants to be for anything because they think the better politics of this is being against socialized medicine or against Medicare for All.” Santorum added, “You have every right to condemn Republicans on health care.”

The debate ended with a discussion on Trumpism. Kristol said, “Being a Trumpist is the winning thing to be in the Republican Party. I mean, if you say one sentence that’s contrary to Trump, you get hammered.”

As an example of this, Hoover brought up Matt Gaetz, who represents Florida’s First Congressional District. Hoover discussed how Gaetz’s disagreement with Trump over the War Powers Act led Trump to personally attack him.

“Who cares about Trump?” Kristol countered. “[Republicans] should have enough self-respect to stand up for themselves,” leading to applause from the audience.