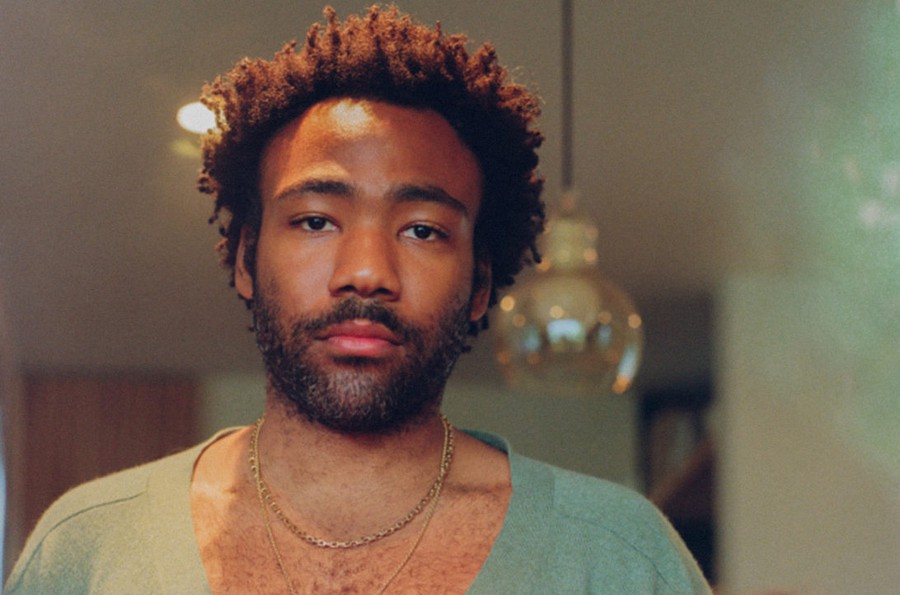 Building from electronica, funk, hip-hop, and R&B, 3.15.20is a monumental effort that epitomizes the polymath’s decade of musical evolution. By its conclusion, Gambino comes close to achieving that goal.

It is almost a cruel trick of fate that Donald Glover has fully captured the cultural zeitgeist just as his musical career reaches its apparent swan song. After announcing an upcoming retirement in his 2017 Governors Ball performance, he went on to command America’s attention with the searing single “This Is America” and a lead role in The Lion King. Meanwhile, returning fans have waited in growing anticipation for his musical swan song.

Now, the wait is over, as Glover has produced his fourth studio album under his stage name, Childish Gambino. Titled 3.15.20, in reference to the date Gambino teased its release, the album sees the artist unite elements of his previous works into an expansive experimental work that resists definitive genre labels. Building from electronica, funk, hip-hop, and R&B, 3.15.20 is a monumental effort that epitomizes the polymath’s decade of musical evolution. By its conclusion, Gambino comes close to achieving that goal.

From the outset, Gambino clearly prioritizes creating a dynamic and unique soundscape. Across 3.15.20, a majority of the tracks are devoid of lyrics for up to a third of their runtimes. But rather than simply replay basic rhythms, Gambino constructs sweeping orchestrations with diverse instrumentation, including flutes, synths, and piano, as well as strange vocal interludes, such as the ragged breathing and bassline that introduce the chaotic “32.22.” While the album may not have a lead single like “This Is America,” the seamless transitions between tracks allow them to stand together as an equally powerful work.

This is not to say that there aren’t tracks with the potential for individual success. Gambino’s 2018 sleeper hit, “Feels Like Summer,” returns on 3.15.20 as “42.26,” and is likely to gain renewed popularity. Perhaps my favorite cut off the album, “Time,” which features Ariana Grande, is built for summer radio play (however that may manifest in the time of coronavirus). And the groove-infused “12.38” sees Gambino pair his struggle through a drug-addled first date alongside 21 Savage’s hilarious bars about Popeye’s chicken and girls from Harvard. These and more all offer up their own strengths, and I am confident one of them will find stardom on TikTok.

Beyond instrumentation, 3.15.20 continues Childish Gambino’s shift toward minimalist yet insightful lyrics, reviving old ideas for the present day. This time, however, instead of focusing on himself, Gambino expands his field of view to examine the human race as a whole in the 21st century. Whether he is lamenting the isolation and paranoia of the modern digital era on the aptly titled “Algorhythm,” or struggling to thank his lost lover on heartbroken slow jam “24.19,” the subtle yet powerful depth of Gambino’s lyrics paints a picture of mankind standing at a crossroads, and allows him to explore the angst of uncertainty as both the world and his own musical career seem to be reaching a crescendo. Lyrical concepts of loneliness and technology are not new to Gambino, but 3.15.20 reinvigorates the musician’s musings through a turbulent yet masterfully-sculpted soundscape.

Yet, for all of its energy, there remains a troubling element in 3.15.20. While the album does highlight Gambino’s strengths, it perhaps experiments too heavily. Despite seamless transitions, the songs’ striking sonic individuality causes them to partially lose that cohesion. Coupled with this is a frankly bizarre level of autotune and robotization to Gambino’s voice, which somehow manages to make him blend with and grate against the instrumentation, as well as make him a bit incomprehensible. This goal of experimentation seems to be the one negative effect of the acclaim given to 2016’s wonderfully indulgent “Awaken, My Love!”, which had a healthy amount of oddity to its vocals and instrumentation. And personally, none of his new songs come close to recapturing the magic of surprise breakout song “Redbone.” 3.15.20 has a plethora of memorable moments, but when examined as a whole, the overindulgence makes the cracks a lot more obvious than was likely intended.

Ultimately, I voice these critiques not just as a critic, but as a fan who knows all too well the frustrating annual denial of hip-hop and R&B artists for Album of the Year accolades. Groundbreaking works like Lemonade and To Pimp a Butterfly are often left with only basic acknowledgement in favor of radio-friendly albums, and, as seen most recently with Tyler, the Creator’s Igor, the more experimental the album, the more unlikely it is to receive the credit it deserves. Yet as 2018 demonstrated, Gambino is uniquely capable of commanding the public’s attention and making history with his wins for Song and Record of the Year. So perhaps I will come around to fully loving 3.15.20, and perhaps Gambino will claim Album of the Year for a deserving, experimental magnum opus. Either way, if this truly is the finale, then 3.15.20 is a satisfying last adventure with Childish Gambino before his well-earned rest.