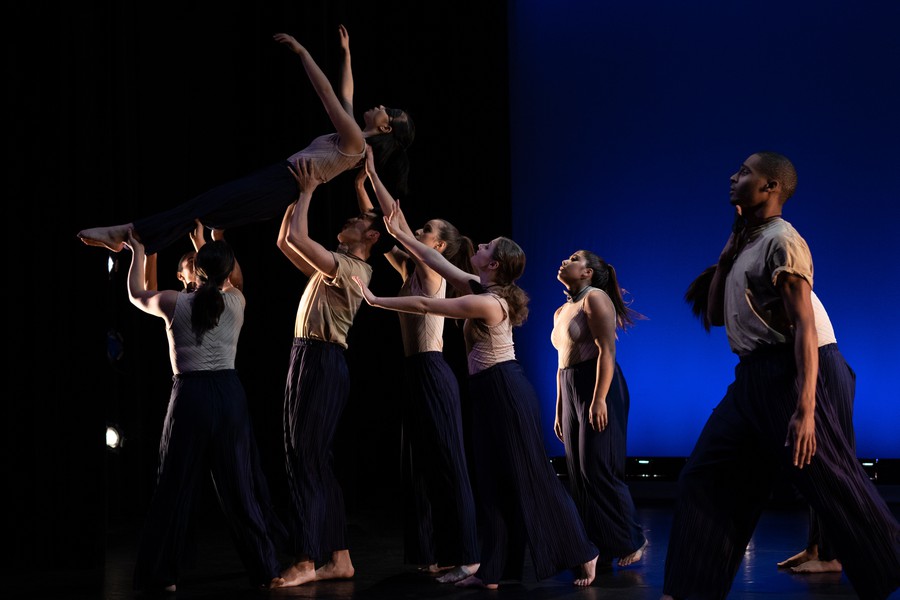 Editor’s Note: Each week, The Maroon will be showcasing a different RSO on campus. The authors of RSO Weekly are not affiliated with the RSO they are featuring. RSOs that would like to be featured in RSO Weekly should contact news@chicagomaroon.com.

UChicago Maya’s two performances this year expressed a unique fusion of genres that accentuated many characteristics of different genres of dance. Under normal circumstances, the group would have been busy performing Haiku: Inside Out this past weekend. Instead, members of Maya have been keeping themselves occupied with weekly workshops, conditioning, and bonding events over Zoom.

According to graduating codirectors Alex Vangelatos and Isabella Lee, Maya derives its name from the Sanskrit translation for “illusion” and was initially an Indian fusion dance group. Maya has since developed a contemporary genre of dance that draws from styles of ballet, jazz, modern, and hip-hop, combining different techniques and methods.

“A lot of the experimentation comes from seeing what people do and what they bring to [Maya] and just playing off of that,” said Vangelatos. “That’s been one of my favorite things about Maya. It’s very different than what I trained in growing up. I’ve learned new things and tried new things because of the people I dance with.”

The two codirectors see Maya as an escape from academic stress and find their mental health improved by rehearsal. “It gives me something else to work towards that doesn’t have to be super validated by the rest of the world. It’s not money-making, there are no grades at the end—it’s just purely our personal creative expression,” said Lee.

This year, Maya held their winter show, Crossroads, in January and followed it with a lively performance at MODA in February. Crossroads was intended so both the dancers and audience could interpret its significance. “The message was [about]…finding yourself at a point where you feel stuck doing the same thing, feel stagnant, or just recognize that you want to try something different or want a change, then exploring what goes on when you try to make a big change in your life,” Vangelatos said.

“One thing we tried to do differently this year that we haven’t done in the past is have this more linear narrative going on,” Lee said. “[It is] the process of coming to a crossroads, or conflict, and then your journey towards finding a resolution or being okay with that crossroads.” Choreographers chose a part of the show’s storyline to convey through their piece.

“Our winter show gives us more of a space to create a narrative. We can play with stories and how we want to convey them on a stage where everyone in the audience is viewing the same perspective,” Vangelatos said.

At their MODA show, Maya faced the challenge of catering to a larger and rowdier audience. The resultant performance was engineered for the catwalk and sprinkled with more conventional “cool to look at” moves.

“With MODA, it’s [more of] an interaction with the audience, and as we’re choreographing, everything we’re thinking about, like the moves and how we’re spacing ourselves out, is to make sure that the audience has fun and that they’re able to see someone dancing,” Vangelatos said.

The spring show, Haiku: Inside Out, was unlike either Crossroads or MODA. Designed to be performed on a stage surrounded by the audience, Maya’s Haiku is an experimental performance that challenges its choreographers and dancers to create a show without a theme or narrative, according to Lee. Haiku also allowed new members to choreograph with less pressure. “There’s more freedom to what you can do,” Vangelatos said. “It’s fun that way—you get to experiment more.”

In their final quarter of the year, Vangelatos, Lee, and the rest of Maya are continuing to host workshops and participate in dance council, which Vangelatos described as an “umbrella organization that organizes anything related to any of the dance RSOs. [It] is keeping track of workshops that different dance groups are doing and opening up to anybody in the dance community that wants to participate.” Three of this quarter’s Maya workshops are open to anybody who may want to join.

To stay up to date with Maya’s spring quarter, you can follow their Instagram (@uchicagomaya) and subscribe to their YouTube channel to view Haiku: Inside Out as works in progress and installments of “Home in Motion,” the compilation of combinations that Maya dancers choreograph and record from home.

With more than 1,300 listhost members, the Outdoor Adventure Club (OAC) is one of the largest RSOs on campus.