Former UChicago student Charles Thomas was released from Cook County Jail after a judge allowed his parents to post bail. 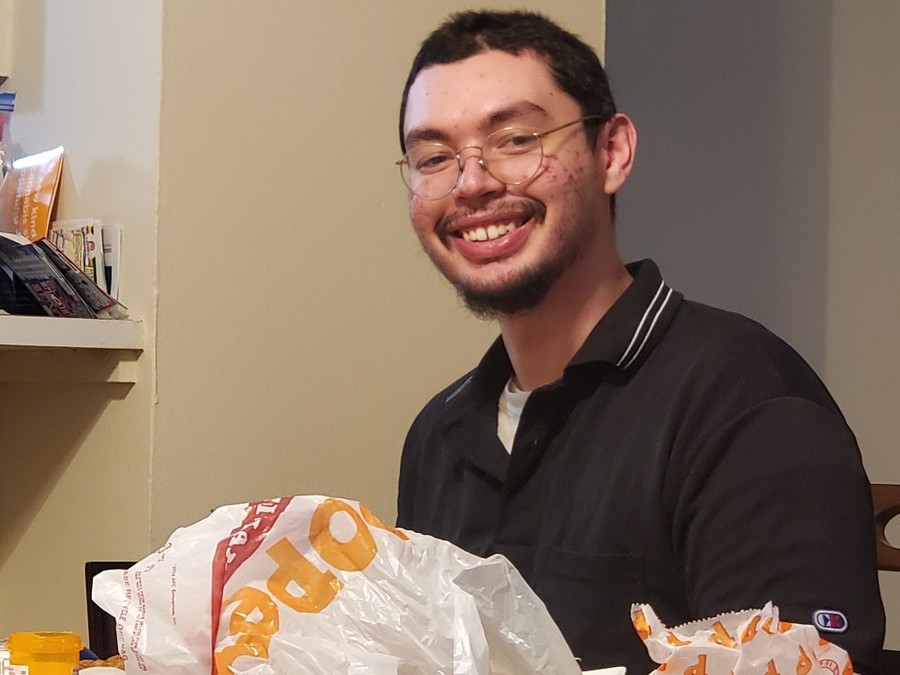 Charles Thomas was released from jail on Thursday, April 16th, 2020.

His father, Wendell Thomas, said Thomas was made eligible for bail release after a court hearing in which Thomas committed to several surveillance and self-monitoring measures.

“There was a series of meetings where he went in front of a judge again,” Wendell said, “and this time they agreed to let him out with the stipulation that he wear a GPS monitor again, that he goes to therapy meetings, and takes his meds, and if he agrees to that, they let him out.”

After posting bail on Wednesday night, Charles Thomas was greeted by family early Thursday morning. “I stayed up all night,” Wendell said, “because I didn’t want to miss the phone call. Because if I missed the hearing, they’d take him back to jail.”

Charles Thomas was denied bond release earlier this month, despite developing symptoms of COVID-19, including the loss of his sense of taste and smell, and the onset of lethargy.

Asked about his experience with COVID-19 in Cook County Jail, Thomas said that the jail was “disgusting” and “a breeding ground for disease.”

According to analysis by The New York Times, Cook County Jail is the site of the fourth-largest outbreak of COVID-19 in the United States and the number one source of infections in Illinois. More than 500 inmates have tested positive for the virus as of Monday.

Thomas described the spread of COVID-19 among inmates as rapid.

He elaborated by calling the jail’s response to the outbreak half-hearted and ineffective.

“Other divisions got tested a little bit. But from my experience? Nobody was getting tested. The motto seemed to be too little, too late…. Everybody got sick, and nobody did anything.

“They sequestered us, they quarantined us, and we only came out two and a half hours a day. It, as a method, just makes people go crazy. And then, after everyone’s fine, after everyone’s gotten over it and beaten it, then they decide to hand out masks. But nobody’s sick anymore.”

Asked about his feelings following his son’s release, Wendell said, “It’s hard—I’m just overcome with emotion. I have not been able to lay eyes on him physically ever since September—there’s either been glass between us or plexiglass.”

Thomas shared his father’s jubilance, stating “At around 1:15, the doors were open, and I was back on the phone with my mom. I found out I got [bond release]. It was pure disbelief. Something goes so well that you’re like, no, this is jail. Things don’t go well in jail. I did not believe that I was going to be getting out."

“It was exciting; it was incredible that it happened. And today was my birthday.”

Update April 17, 6:08 P.M.: A statement emailed to the Maroon by Cook County Jail said, "As of 5 p.m. [Thursday], there were 174 detainees who are currently positive for COVID-19, 20 of which are being treated at local hospitals. 168 detainees in our custody are no longer positive and are being monitored at a recovery facility in the jail."

The headline of this piece originally read "Charles Thomas Released from Prison." Thomas was not technically in prison, as his case was still pending.