The Bon Appétit Test Kitchen, Food, and My Hometown: Cooking During Quarantine 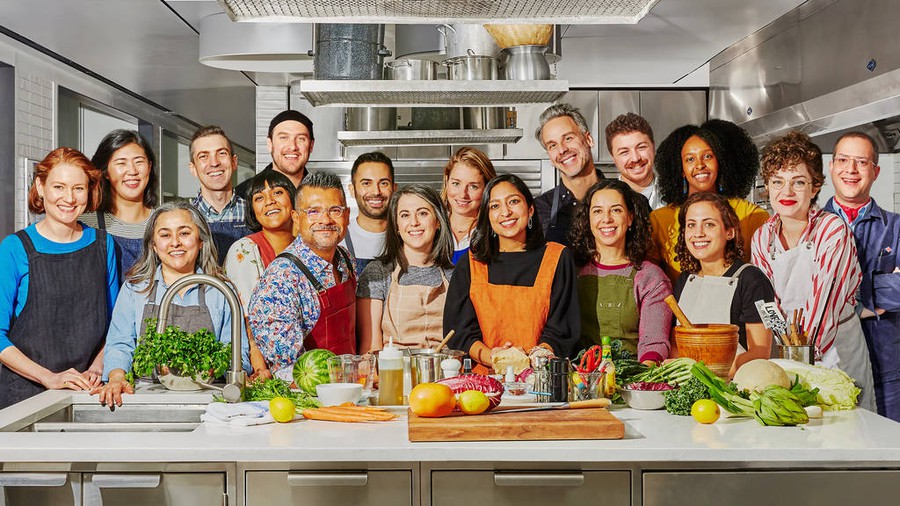 The Bon Appétit Test Kitchen cannot be pushed into a singular category. The YouTube channel, produced by the folks Bon Appétit Magazine (a publication usually marketed to 30-something foodies), resists being any one thing. It’s not only a Food Network-esque collection of wacky cooking shows, or a more down-to-earth and accessible take on food that appeals to everyone, regardless of cooking ability, or an epic interconnected universe of loveable personalities talking at a camera while cooking. Somehow, it exists as all of those things at once, a fact that gives the channel its beloved charm and character accompanied by high production value from behemoth media conglomerate Condé Nast, better known for publications like The New Yorker and Vanity Fair. And it’s this charm behind the BA Test Kitchen that appeals to so many, especially during the current crisis. Whether it’s Claire Saffitz trying, failing, and trying again to recreate a Twinkie on Gourmet Makes, Chris Morocco getting in touch with his “supertaster” abilities on Reverse Engineering, or Brad Leone playing up his loveable and boisterous New Jersey personality on It’s Alive, the Bon Appétit team never fails to both entertain and educate their audience, all while having a lot of fun doing it.

My loving take on the BA Test Kitchen has only been bolstered by the team’s handling of the current situation. I must admit I was skeptical of the team’s ability to recreate their most popular shows from home, as the channel’s unique charm comes from the show being set in the hustle and bustle of the BA Test Kitchen, with coworkers periodically dropping by to taste food, banter, and contribute to the atmosphere of the production as a whole. The reality, however, was far better than I could have imagined: the BA team thrives in this time of crisis, becoming a fixture of consistency in so much uncertainty. While the video and sound quality might not be as crisp, the soul of the BA Test Kitchen remains. In the most recent episode of It’s Alive, for example, the team used Zoom to communicate with each other, even having another chef, the always-lovely Sohla El-Waylly, recreate Brad’s creation from her home.

The focus of BA’s content has been adapted to make it even more accessible to cooks stuck at home. The chefs reflect on what they’re missing from the test kitchen, and how it might influence their perceptions and development of recipes. As Carla Lalli Music, food editor at large for Bon Appétit, commented in a recent video, “It really makes you think about how many pieces of equipment you’re asking someone to use at home, because we’re at home.” This sentiment is certainly appreciated by many of us with small apartments and student budgets that don’t allow for the purchase of several different kitchen appliances, which are only used for a recipe or two anyways.

For me, the impact of the BA Test Kitchen has gone beyond killing a few hours in quarantine. The recipes and techniques developed by the team are presented to make the viewer think, “Maybe I could make that too!” I’ve always been interested in cooking, but I’ve always thought working with unique ingredients and developing my own flavor should be left to professional chefs, not college students. While I may not have all of New York City, or even Chicago, at my disposal to seek out ingredients, searching for them has certainly given me a new perspective on my hometown, Houston. Finding an Italian restaurant that will sell me guanciale and 00 flour for pasta carbonara or a market in Koreatown that will bring me some gochujang curbside has shown me new cultural perspectives of Houston. Attempting some of these recipes has given me confidence that, although they might not come out perfectly, it can’t hurt to try—can homemade pizza ever really turn out that bad? And with comprehensive and entertaining instructions from the BA team, cooking more complicated recipes has become simpler and much more fun. The Bon Appétit Test Kitchen has, to me, reached its highest potential during this crisis, bringing consistency and optimism into our homes and centering the food conversation around not what we’re missing, but what we have found.