Humanities Division Instructors Asked to Be Flexible to Student Situations 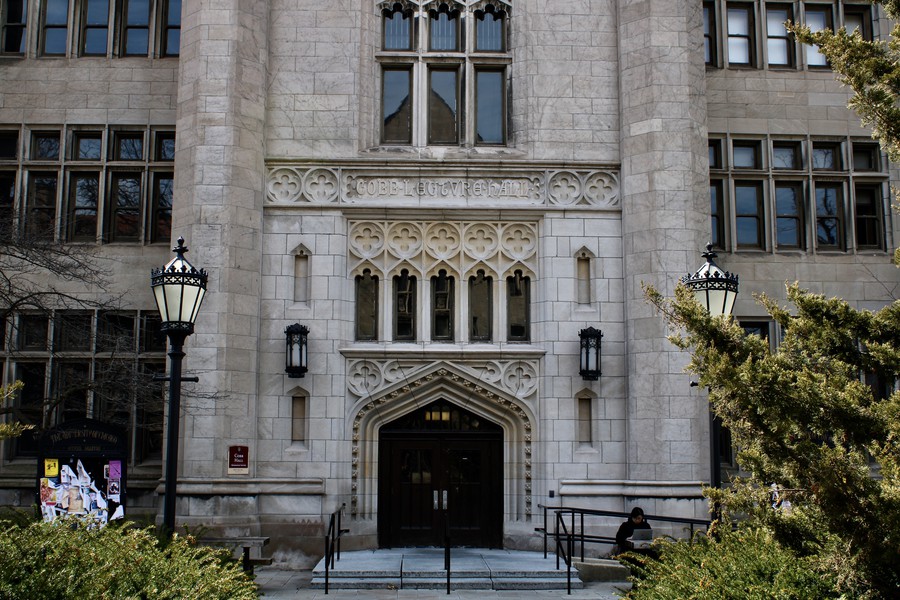 As teaching goes remote for the spring quarter in response to the COVID-19 pandemic, the College and the Humanities Division have urged instructors to be flexible to students’ individual circumstances. The division has given its instructors the authority to decide their course’s online format, depending on the content and composition of the class.

James Chandler, chair of the cinema and media studies department, said that he expects a mix of different teaching formats to come from the migration online.

“Everybody is going to be doing different things,” Chandler said. “We’re going to have a combination of—this is the advice we’ve been given from the College—synchronous and asynchronous sessions.”

“Instructors are going to tailor what they’re doing to particular needs and capacities of the class they’re working with,” Chandler said. “Students have been issued a survey about their wishes, their various internet capacities, and what instruments they’re using.”

“If anything, the move is away from standardization so that we can respond to the needs of each individual student,” Tyler Williams, director of undergraduate studies for the South Asian languages and civilizations department, said.

The content of courses will also impact which methods are used by instructors.

Olga Solovieva, director of undergraduate studies for the comparative literature department, said that her department would be granting a high level of autonomy to professors.

For the Theater and Performance Studies (TAPS) department, the move to online learning presents a unique challenge, according to Leslie Danzig, director of undergraduate studies for TAPS.

“Our work is very collaborative; it’s very much about real-time shared space with people, but at the same time, all the people who are teaching are artists themselves…who have a lifetime of problem-solving with constrained resources,” Danzig told The Maroon.

But that leads to some new opportunities as well. “We’re starting to think of it less like we’re trying to transfer a studio classroom into a Zoom space, but to think much more creatively about what we were actually trying to teach and what are some other ways of getting to that, given the constraints and opportunities of what this is,” Danzig said.

However, asynchronous online discussions are less private than typical discussion sections, which usually occur behind closed doors and are considered a confidential space for academic discussion.

“I think there is going to be some cautionary advice issued about how anything that is recorded is handled,” Chandler said. “The College is working on that and I’m waiting to hear back on how that’s going.”

However, sequence requirements are unlikely to change because the departments’ focus has been moving required courses online along with the remaining course selection planned for the spring.

“We’re not making any changes to required courses, but of course, what we are doing is making sure that all of those courses are acceptable online,” Williams said.

Philosophy majors were told in a departmental email that the deadline for submitting their B.A. thesis has been pushed to Thursday, May 7.

More generally, class sizes for at least some of the humanities departments will not be increasing, despite no longer being limited to a physical classroom.

“We are not planning to increase any enrollment caps,” Daisy Delogu, chair of the romance languages and literatures department, told The Maroon. “It’s important to be able to provide one-on-one support for students and so increasing the number of students in the courses is not really to anyone’s benefit.”

Danzig echoed this emphasis on instructor face-time with students. “We’re looking to have as much person-to-person intensive time as we can get, so I don’t think there’s anything to suggest it would be more productive to expand the number of students,” she said.

Benjamin Morgan, director of undergraduate studies for English, told The Maroon there will also not be any changes to class sizes in his department. However, “we expect that there will be flexibility around grading policies within the major,” he said.

Similarly, Donald Harper, chair of the East Asian languages and civilizations department, told The Maroon that “we’re completely open to whatever individual adjustments are necessary so that our students can fulfill their concentrations.”

Despite the circumstances, professors in the humanities division are optimistic about the quarter.

“Personally, I like to think of it as a challenge,” Vu Tran, director of undergraduate studies for creative writing, said. “A productive challenge where I’m going to challenge myself not to replicate the same exact experience that we would have had in a live in-class environment, but to work with what we can and still bring our most honest self to the table.”

“I would say the optimism is not a naive one,” Danzig said. “There’s been a real spirit of ‘yes, and’…. If you know anything about theater and improv, that is the mantra.”

“What comes at you, you say yes to, and then you contribute towards it. So I think that’s been genuinely the spirit that everybody is leading forwards into this with.”