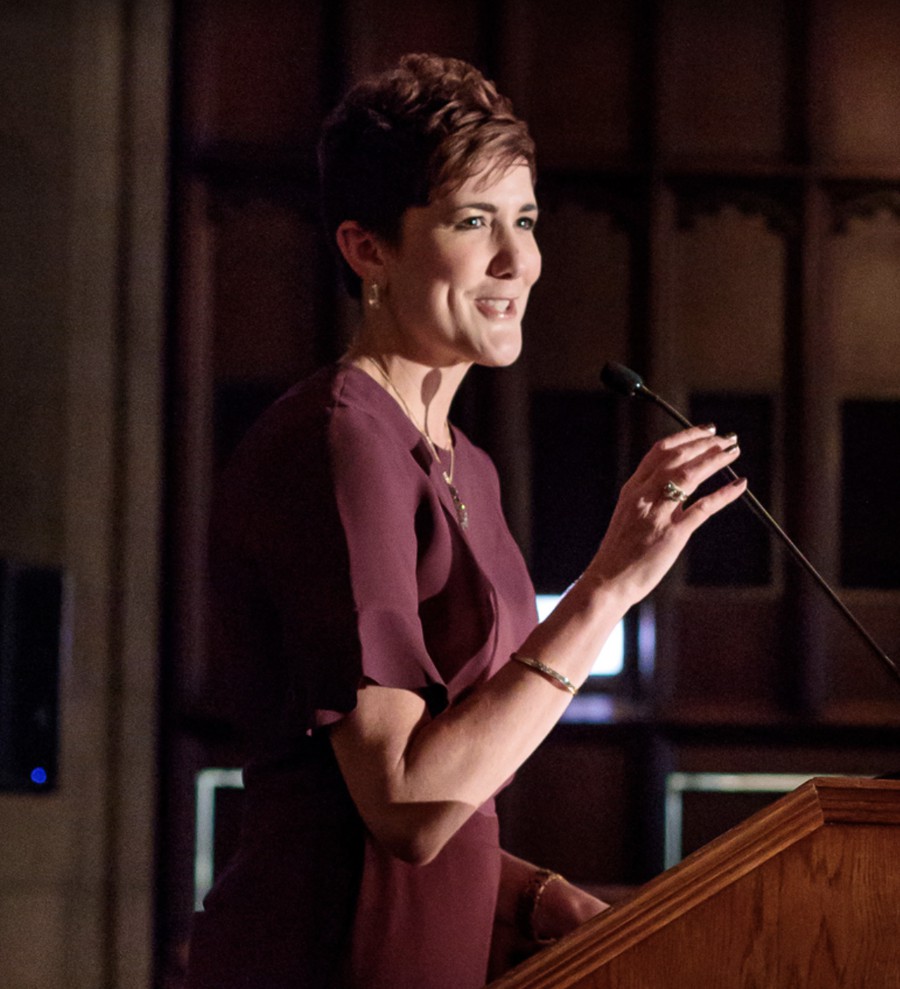 AD Erin McDermott will assume athletic director duties at Harvard, as announced on May 8.

University Athletic Director Erin McDermott will be departing the University to become the newest John D. Nichols’ 53 Family Director of Athletics at Harvard University, as announced May 7. She will assume the post in July of this year. An interim athletic director for the 2020–21 academic year will be announced in the coming days before a national search commences in the fall.

In an email sent to all Maroon student-athletes, McDermott shared her excitement “to take on adventure and lean into new experiences” while expressing her sadness “that doing so requires leaving a place and people we feel deep affection for and know we will miss tremendously.”

During her time at UChicago, McDermott transformed the University into one of the premier Division III athletic departments in the country. Since arriving in Hyde Park in 2013, McDermott has overseen a program which has accumulated seven NCAA individual championships, 10 team appearances in the NCAA semifinals, 19 UAA team championships, and 48 NCAA team postseason qualifiers in her tenure. The athletic department finished among the top-20 Division III six times in her seven years, including its highest every finish (ninth) in 2018-–19. Additionally, 15 Maroon student-athletes were selected as Collegiate Sports Information Directors Association Academic All-Americans, among the highest honors in collegiate athletics. For her efforts, McDermott was named one of the National Association of Collegiate Directors of Athletics Athletic Directors of the Year in 2019.

Beyond the competitive success, McDermott guided the program through several significant milestones. McDermott has worked to raise national awareness and campus-wide engagement for the varsity athletic program. As she told *The MAROON* in May 2019, she strove to “use all these moments that I can to promote our teams but really most importantly promote our student- athletes and who they are.”

McDermott established the Friends of Maroon Athletics giving society to improve student-athlete experiences and led the first ever Athletics & Recreation Strategic Space Planning study. UChicago entered into its first ever department-wide apparel agreement with Adidas and rebranded its identity with official logos, including recent facility upgrades in Ratner Athletic Center. McDermott spearheaded the addition of the women’s lacrosse team, which began play in spring 2019 and brought the varsity team count to 20. Her most recent visions for the athletic department included the construction of greater stadium atmospheres and individual training spaces for football, soccer, softball, and baseball.

McDermott will become the eighth athletic director in Harvard history—and first woman to take the role. She will lead the nation’s largest Division I athletic program, overseeing 1,200 athletes across 42 varsity sports. The appointment marks a return to the Ivy League for the Massachusetts native. Before coming to UChicago, McDermott has served in athletic administration at Columbia University and, more recently, Princeton. In her email, McDermott said, “Harvard is an amazing institution with a strong athletic identity in the Ivy League” made even “more meaningful” by its proximity to family.

In the announcement of her hire, Harvard Dean Claudine Gay called McDermott “the leader that Harvard needs for its next century of success in athletics. Steeped in Ivy League principles, fundamentally committed to student-athlete success, and driven by her values, Erin is someone who has formed a deep appreciation of Harvard and its place in the Ivy League, as well as the things that make the experience we create for our student-athletes unique.”

In the closing lines of her email, McDermott addressed student-athletes: “Words cannot express the gratitude I feel for having been given the privilege to serve you and those who came before you for seven year....You are what drives me to be the best leader and champion that I can be.... I will forever remain a Maroons fan!”