MAAD Man Set to Graduate in June Tells All 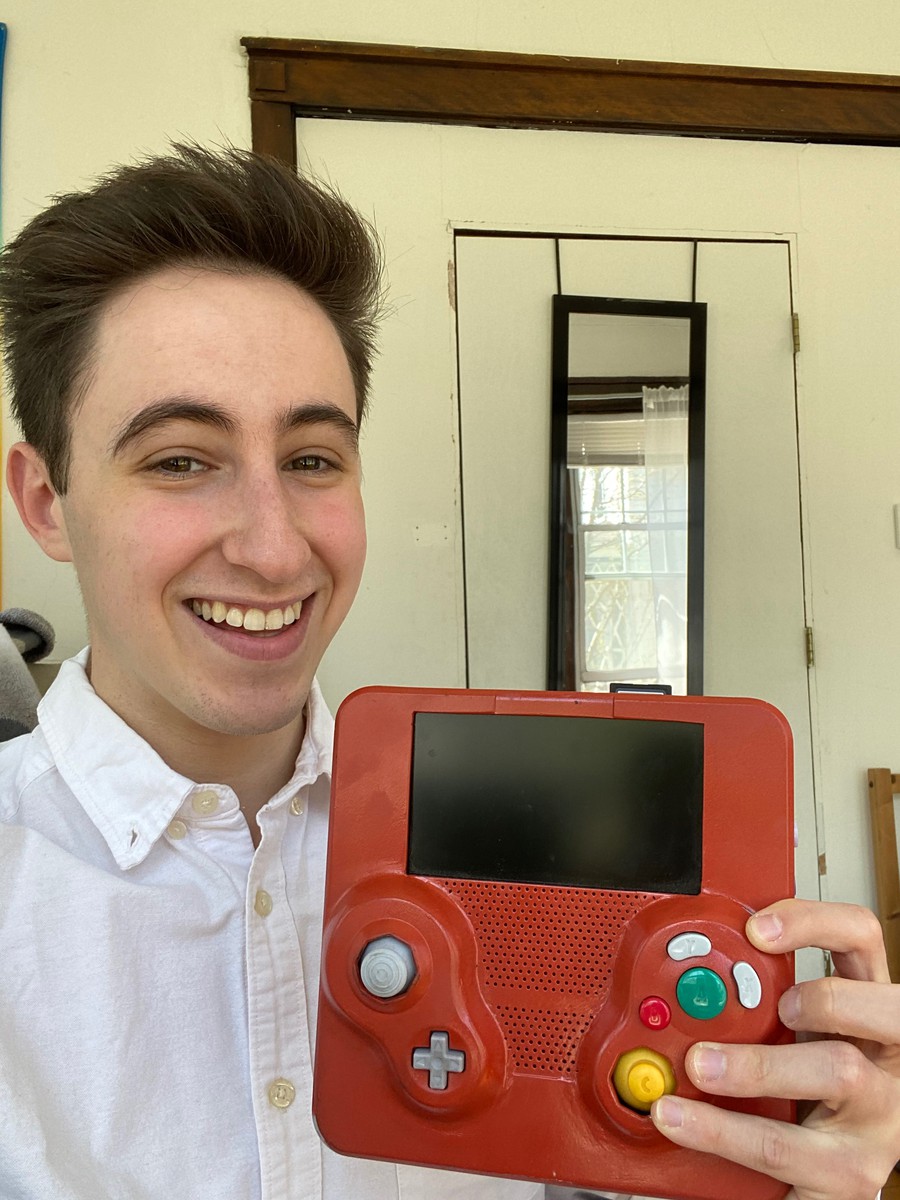 This article will run in the Maroon's graduation issue, which seniors will receive later this month.

Fourth-year Elliot Kahn came to UChicago to study engineering. Upon arriving in Hyde Park in September 2016, he encountered his first big problem: The school, rather infamously, offers no such program of study. Luckily, Kahn is no one-trick pony, quickly pivoting to his other love, the humanities, by way of the fundamentals major. What UChicago lacks in practical, non–molecular engineering courses, it makes up for in small, esoteric majors like fundamentals, which allows students to pursue their own questions across humanities fields, and, more recently, in new minors like media arts and design (MAAD).

When the MAAD minor was added by the College in 2018, followed quickly by the opening of the Media, Arts, Data, and Design (MADD) Center in Crerar, Kahn was already halfway through his undergraduate career, and was just beginning to look into his own fundamentals question: Why are we drawn to simulation? He never officially declared the MAAD minor, and doesn’t really regret that. In our interview, he told me, “I think it would’ve been nice to leave college with a portfolio of anything, and one of the requirements for the minor is to construct that. But in terms of anything else, I’ve taken a bunch of MAAD classes that seemed interesting, and I don’t really care if it appears on my final transcript as a minor.”

This self-professed lack of official portfolio does not suggest that Kahn will be graduating in June without any record of things he’s built. In fact, I vaguely remember hearing that he’d built some kind of GameCube spinoff, back in Pune this fall on our study abroad program. But it wasn’t until this interview that I understood the magnitude of this thing he’d once mentioned offhand. I’m probably biased, but I’d argue that Kahn was a uniquely pioneering figure in MAAD circles, using the earliest (pre–MAAD) iteration of the Hack Arts Lab (HAL) to finish what he termed a “high school passion project” during the spring quarter of his first year.

Back in spring 2017, when HAL was still located in the basement of Searle Chemical Laboratory with very few regular users, Kahn showed up every other day to finish building a portable GameCube he’d started before college began. After months spent alone among HAL’s underappreciated collection of 3D printers, laser cutters, and soldering irons, he ended up with a final product so professional-looking that I would’ve sworn it was mass-produced in a factory (if I hadn’t known that the only version of it in existence sat under Kahn’s desk in Chicago). He tells me that he doesn’t use it much these days, “because now I have a Nintendo Switch.” Tale as old as time.

While it’s no longer played by its creator, Kahn’s GameCube itself played a role in HAL’s inclusion within the new, Crerar-based MADD Center. After our interview, Kahn emailed HAL assistant director Kent Lambert to clarify just what went down back in 2018, and Lambert wrote back: “One thread of conversation in these [MADD Center planning] meetings was about meaningful potential connections/threads between the labs in general but especially between the two Arts labs (Hack Arts Lab and Weston Game Lab)…. It felt like people on the committee were perhaps struggling to envision how those two labs could be meaningfully connected. It was really helpful to have the example of [Kahn’s] portable GameCube [to prove the possibilities].”

Kahn has remained a dedicated maker and designer of things, games and otherwise, since the GameCube’s completion—I suspect he’ll always be that—but ever since MAAD courses started popping up in the College’s course catalog at the start of his third year, he began approaching the disciplines from a more conceptual standpoint, too. He’s taken four MAAD classes over the past two years, three of which seemed especially grounded in theory rather than hands-on creation. Those classes have opened his eyes to new approaches to interdisciplinary scholarship.

Somewhere in between a crash-course on Pokémon’s history and our fond reminiscences about the time Kahn introduced everyone on our study abroad program to the mind-boggling Doki Doki Literature Club! (a game he studied as part of his Critical Videogame Studies course in autumn 2018), Kahn fully convinces me (a video game noob, if that wasn’t abundantly clear) of the discursive possibilities that MAAD courses offer.

On the specific beauty of MAAD in a UChicago context, Elliot says, “I think that you could have a minor, and just pitch it as ‘it’s a new emerging discourse and therefore we should be interested in it.’ But that doesn’t really draw me to it—because there are infinite discourses! But the fact that [MAAD often] ties so well to philosophy and English and all these concepts that we talk about in the Core, really makes it a natural part of the UChicago curriculum.”

Over the course of our conversation, we keep coming back to Kahn’s fundamentals question about human attachment to simulation. He tells me that MAAD did play some official role in his studies in that realm. Notably, his Critical Videogame Studies professor Patrick Jagoda (also the director of MAAD’s Weston Game Lab, as well as an English department faculty member) was Kahn’s advisor for his Junior Paper—the fundamentals approximation of the B.A. thesis. While MAAD was not all that directly influential on Kahn’s fundamentals education, it did broaden his horizons, expanding the ways he aims to conceptualize media and philosophy in the future.

Kahn claims that he never figured out why we’re drawn to simulation, anyway. He bashfully admits that the question ended up being a way into other philosophical discourses, mostly questions of ontology and knowledge-building. (Classic.)

But Kahn’s last quarter at UChicago is being spent on Zoom rather than on campus, and I can see him being drawn to simulation right there in our interview. When I ask about his thoughts on distance learning, Kahn is quick to respond: “All right, here’s something I want to pitch: We use Minecraft more. I think it would’ve been a really awesome platform to really lay out the basics of an academic space…. Maybe not a full campus, but some sort of virtual classroom tool on Minecraft would’ve been incredibly useful to have right now. The fuck is a ‘Canvas post’?”

Catch Elliot Kahn graduating on Minecraft on June 13, and getting perfect scores on solo renditions of “I Was Wrong” (Rock Band 2) until quarantine lifts.

We have corrected several mistaken uses of the past tense in the article.