Yo, That’s Gay…and That’s the Point 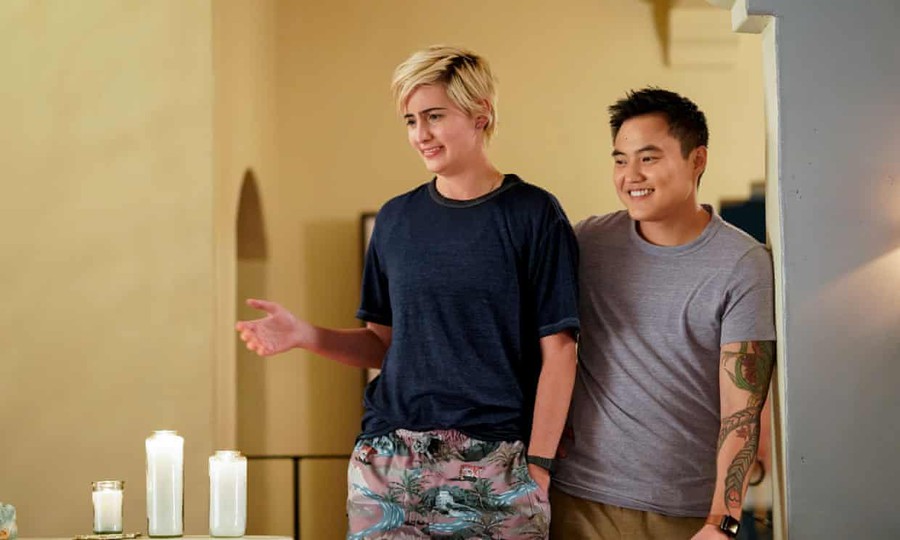 Back in the old days when we could gather in large groups on a physical campus, two of my friends spent Sunday evenings hosting watch parties for The L Word: Generation Q. (For those of you who don’t listen to Girl in Red, it’s a reboot of a well-loved, if cheesy, TV show. And yes, the L stands for lesbian.) As an R.A. always preoccupied with house meetings on Sunday nights, I could never attend. Of course, I was bummed, but it wasn’t the end of the world. It was just a show.

Fast-forward to March. I’m packing my bags, cutting my hair, placing my wilted bamboo in the care of a green-thumbed resident. I’m pulling down posters, saying tearful goodbyes, and calling an Uber to O’Hare at four in the morning. And then I’m touching down in Louisiana, land of crawfish and gators and 75 percent humidity. And for a moment, it’s nice to be home. But I didn’t move to Chicago for the weather.

Being home is always a little tough for me. I love it here, and if you’ve never visited the South, don’t you dare come to me with your insults. But it definitely has its baggage, which was bulky enough to convince me to leave. The South isn’t always the most inclusive place, and my wealthy bubble of a town is no exception. Here, the prejudice isn’t always visible, but it is palpable. In Chicago, I feel comfortable outwardly identifying as queer—most of my friends are, and in my experience, no one there has ever so much as questioned it, let alone disagreed with it. With this greater acceptance comes less pressure to assimilate. No one cares about my daith piercing, and no one is taken aback if I cut my hair or dye it green or wear a baseball cap with a rainbow in the middle. Yet in suburban Louisiana, these things don’t go unnoticed as easily. It’s not that I don’t act like myself, but I definitely behave differently. I don’t have a queer community here, and I’m not comfortable being publicly recognized as queer.

After about a week at home, I group-messaged a few queer-identifying friends, proposing a virtual watch party. Some of them had already seen it, but I hadn’t, and I doubted they’d mind rewatching. (It’s not like they were watching exclusively for the plot, anyway). After navigating time zones and the, “Wait, how does screen share work?” dilemma, we set a date. Saturday night rolled around and I plopped down on my bed with my laptop and earbuds. My friends connected to the call, we danced to the theme song, and we laughed awkwardly through the graphic opening scene. We were in. The next week, more people were available, and our once-a-week chosen family grew. We were just watching a TV show. Normally, it wouldn’t have been a big deal, just a friendly hangout, a good way to pass the time with people you love. But quarantine changed that.

Moving back home hasn’t been ideal for a pretty big group of people, at least from what I’ve heard. This isn’t particularly surprising: it’s difficult to go from a place of having more agency to one of less, and college is often a liberating experience. But for queer kids, there’s often more to it. I’m pretty lucky—I’m out to my parents and most of my family, and while they’re not exactly hanging rainbow flags throughout the house, they’re trying to support me. That’s a blessing, and it’s something for which I am deeply grateful. But some of us went home to parents who aren’t as accepting. Some of us are hiding romantic partners, responding to deadnames, pretending not to be hurt by prejudiced comments and actions. For a number of queer individuals, both their mental and physical health are jeopardized not just by the virus, but also by the living situations that accompany it. Obviously, no TV show can erase all of this. But when faced with the erasure of your identity, there’s something immensely reassuring about representation. And for me, and for some of my friends, using sketchy methods (shh, don’t tell) to stream a series aimed specifically at queer people has allowed us to create our own little non-cis-het bubble, a much-needed escape from environments that often feel less than welcoming.

Look, I’m not telling you to go watch The L Word. Unless you’re a sexually confused sixth-grader, it’s not likely to change your life. But I am hoping you find a way to make your space, whatever that may be. We cannot be within six feet of each other, and many of us are thousands of miles away from our closest friends. But with a little help from a video streaming platform and Hulu (or Netflix, or even 123movies, if you keep it on the down-low), we can still find ways to come together and support one another. For those of us struggling to feel at home living where we grew up, virtual camaraderie can provide community, despite lacking materiality. So, call your friends, and if you don’t have any, take to your class Facebook page. If you can, watch The Half of It, or Call Me by Your Name, or Portrait of a Lady on Fire. And remember this is temporary—there will be a time and a place where you once again feel safe being seen.