The 1975’s "Notes on a Conditional Form": A Remarkably Timely New Album 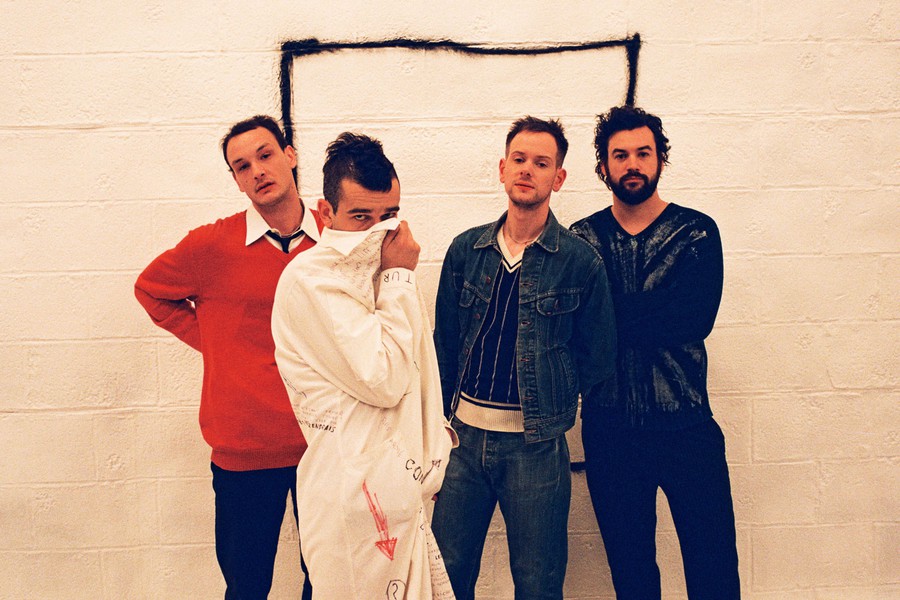 An album about the intricacies of human existence similarly titled to Sontag’s Notes on “Camp”, this album is an essay for the masses, one that narrates the emotions of love, loss, and everything in between.

The long-anticipated album of the U.K.’s The 1975 is finally here. This seems to be how every album review starts, but I think fans of the band can say that this album felt like it was a long time in the making. And boy, was it a bumpy route to the finale.

The birth of this album goes back to 2017 when the band announced that it would be releasing an album in 2018 named after its third EP, Music for Cars. After the release of the single “Give Yourself a Try,” which made it onto their 2018 album, A Brief Inquiry Into Online Relationships, The 1975 announced that the title “Music For Cars” would ultimately name an era encapsulating both A Brief Inquiry Into Online Relationships and Notes on a Conditional Form rather than a singular album. After the release of A Brief Inquiry, the band decided that it would release singles throughout 2019 leading up to the final release of the new album in early 2020. The first song on the album, the self-titled track “The 1975”, featuring the voice of young activist Greta Thunberg, was released in July of 2019, followed by the release of “People” in August. Throughout the countdown, the actual date of release was changed three times, from February to April, and finally, to the end of May. The album artwork also went through multiple changes. It’s obvious that the group seeks perfection, working hard to complete the album on its own schedule to ensure it was a piece the band was happy to put out.

An album about the intricacies of human existence similarly titled to Sontag’s Notes on “Camp”, this album is an essay for the masses, one that narrates the emotions of love, loss, and everything in between. It’s a musical visualization of the highs and lows of the human experience. You’re “vibing” or you’re crying, and I think that’s the version of life we’ve all come to know. It’s the kind of album you hold close and cherish with each listen; you have your favorites and your preferences. But as the album stands as a whole, you get a full story, one we all know but hesitate to share. It’s political, it’s raw, and it’s real. The 1975 holds nothing back. It’s intentional. It’s a realistic stream of consciousness that we can all relate to, shrouded in metaphors. In an interview with Zane Lowe, lead singer Matty Healy said, “So listening to it in the context of this has been quite weird because it feels…like it’s kinda solidified even more, like it makes even more sense.” In the context of our current world, this statement couldn’t be truer. Taking quarantine as a time to reflect on our lives, most of us stuck with our families and best friends, we realize just how precious life can be, a point that this album seeks to highlight.

The sound itself is a mashup of many of the early influences of the band. Songs of every genre are littered throughout the record, which is a tough feat for any artist. Instrumental beats that seem to serve as intermissions for the 22-track album aid not only in telling the story but ensure that any symptoms of musical whiplash are minimal. The transition between “Streaming” and “The Birthday Party” is reminiscent of the seamless segueing between songs in rock records of the ’70s and ’80s. “Roadkill,” “Playing On My Mind,” and “Jesus Christ 2005 God Bless America” follow a very Americana approach, a sound generally unheard on previous albums. George Daniel, drummer, tries his hand at the broader genre of house music with “Shiny Collarbone” and “What Should I Say.” “People” also feels radically different from any of their previous music, as its apparent heavy-metal influence strays far from their previous indie pop/rock genre. Not everything feels new, however; “If You’re Too Shy (Let Me Know)” seems very closely connected to the band’s second studio album, I Like It When You Sleep, For You Are So Beautiful yet So Unaware of It. Overall, it’s apparent that the band seeks to find a new sound, blending its previous styles with newer interests to create a piece of well-adapted artistic intelligence heavy on the “feels.”