From a White Perspective, "White Fragility" is Fragile 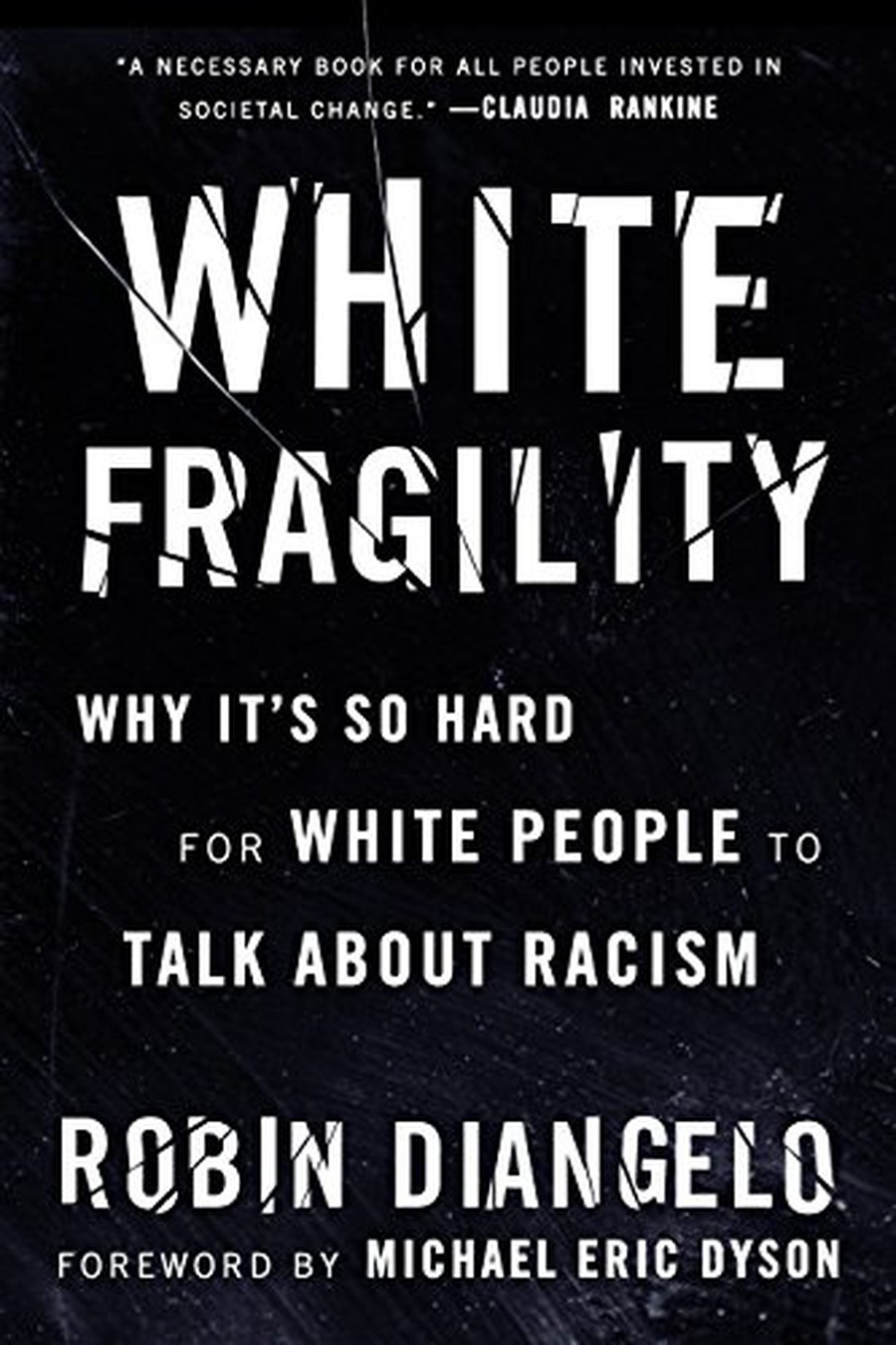 “[W]hite fragility is a state in which even a minimum amount of racial stress in the habitus [a person’s internalized awareness of their status] becomes intolerable, triggering a range of defensive moves.”

As Black Lives Matter protests sweep the nation, so has another facet of the movement: the spread of resources for self-education in a myriad of art forms from books to podcasts. While this self-education has been a long time coming—and, I acknowledge, one I should have begun long before the death of George Floyd—I didn’t know where to start. After perusing PDFs of Black revolutionary texts, I decided to begin with White Fragility: Why It’s So Hard for White People to Talk About Racism. Having had futile discussions about race with white peers in the past and being aware of the possibility of future discussions, I wanted to understand why these conversations had been fruitless at times and what I could do to facilitate more effective ones, especially at a time when they feel crucial to understanding and driving the movement forward.

Written by American lecturer and workplace diversity trainer Robin DiAngelo, the central concept of the book, as the title suggests, is that of white fragility, which can be succinctly summarized in the following statement: “[W]hite fragility is a state in which even a minimum amount of racial stress in the habitus [a person’s internalized awareness of their status] becomes intolerable, triggering a range of defensive moves.” White fragility ultimately occurs as a result of an imbalance or disruption in how a white person views race, especially in relation to their position in the racial hierarchy.

DiAngelo takes an extensive approach toward unpacking this concept, beginning with an explanation of its foundations, which transitions into an explanation of the resulting behaviors that ultimately ends with a brief note about how to move forward. Personally, DiAngelo’s most impactful argument was that of the foundations of white fragility. DiAngelo identifies many aspects of white behaviors and beliefs as instigators of white fragility, including how white people are detached from seeing themselves in racial terms, their unawareness of the racism inherent in socialization, and the lack of initiative to teach themselves about their blind spots. From there, DiAngelo acknowledges the roots of these beliefs and behaviors: the social construction of race in the U.S., white people’s perception of race, whiteness as a position of status, and the white supremacy that results from this position. She addresses these along with other structural, systemic, and social issues that contribute to the foundations of white fragility. While this section makes several poignant observations about the incorporation and defense of white fragility, one argument stood out to me in particular as a Catch-22 situation: “[W]hite people’s moral objection to racism increases their resistance to acknowledging their complicity with it.” This resistance is deceivingly simple, yet has catastrophic consequences in its ability to transcend individual behavior and entrench itself in the pillars that sustain our society. While not a groundbreaking revelation, DiAngelo’s analysis provided a deeper understanding of the significance of admitting complicity. This level of analysis is prominent in this section of the text and provides some of the most compelling arguments as a whole.

After a profound deep dive into all of the cornerstones of white fragility, DiAngelo moves on to the effects, namely in the form of the emotions and behaviors they evoke. Chapter Nine, “White Fragility in Action,” is the most effective section of this discourse. DiAngelo explicitly lays out each aspect of white fragility, beginning with a list of emotions ranging from that of feeling attacked or guilty to that of fear and outrage. From there, she moves on to a list of behaviors that can result from these feelings, such as crying, denial, arguing, or avoidance of the topic as a whole. DiAngelo argues how these reactions are solidified through a set of claims, which then culminate in a list of assumptions that underlie white fragility, such as “Racism is simply personal prejudice” and “My learning is finished, I know all I need to know.” While not as engaging and insightful as the section addressing the foundations of white fragility, DiAngelo effectively discussed the effects of white fragility and how they can further invalidate Black people and uphold systemic racism.

After an extensive breakdown of how white fragility manifests itself, DiAngelo concludes with a brief—possibly too brief—discussion on where to go from here. While the author has steadily addressed corrective behaviors or new ways of thinking about racism, these recommendations take center stage in the final chapter. In a parallel to the structure she utilized in Chapter Nine, she describes the emotions that would arise should a person criticized for a racist remark or behavior operate not from the paradigm of white fragility, but from that of a transformed one. For example, instead of feeling attacked or outraged, the person receiving feedback could instead feel motivation or gratitude that they have a chance to improve their behavior. DiAngelo then lists the actions, claims, and assumptions that would result from acting under this transformed paradigm. Actions can take the form of listening and apologizing, leading to claims such as “The antidote to guilt is action” and “Nothing exempts me from the forces of racism,” ultimately culminating in assumptions that allow for growth and ensure action. After a rushed exploration of other issues, such as a positive white identity and white guilt, DiAngelo concludes by encouraging her readers to continue learning about racism and challenge it. After such an extensive critique on structural racism, this directive falls flat. Not only that, but it falls prey to individualism, an ideology DiAngelo describes as supporting white fragility and preventing its dismantling. The contradictions present in White Fragility permeate not only DiAngelo’s argument, but the perspective she is writing with.

Upon finishing White Fragility, I felt slightly uncomfortable. Not solely as a result of the subsequent reflection on my actions and my implicit bias, but also as a result of reflecting over moments in the book that seemed off to me long after I’d read them. Before the main argument, DiAngelo makes it clear that she is a white woman addressing white people. In doing so, she clarifies that she is addressing the behaviors and tendencies of white people, namely in the context of white fragility. While this approach seems logical, it also exposes the inadvertent racism inherent in a purely white perspective. As DiAngelo herself argues in White Fragility, white people’s “racial socialization sets [them] up to repeat racist behavior, regardless of [their] intentions or self-image.” The reality of this argument is evident in DiAngelo’s dismissal of Black History Month, among other lapses of judgment. For example, there were phrases that would give me pause, as they seemed to border on racism, if not abjectly invoke it. One moment that stood out for me in particular was a scene in which DiAngelo mocked her Black colleague’s hair, failing to notice the offensiveness of her comment until it had been explained to her by another colleague who had been offended by it. Additionally, some of the phrasing seemed to portray DiAngelo as a kind of white savior for doing, truthfully, the bare minimum to rectify a situation where she had clearly been at fault. In attempting to educate other white people of the effects of viewing people of color through a white lens, DiAngelo displays these effects in their racist totality, seemingly without notice.

While White Fragility was insightful in its discussion of how white fragility came to be and its consequences, in addition to its subsequent support of racist structures, the inherent racism that marred its pages diminished the power it could have held. The contradictions present in DiAngelo’s arguments and her own actions and opinions detracted from the impact of her work and served to alienate readers. Though not a worthless read, White Fragility definitely needs to be taken with a grain of salt.

If you would like access to free PDFs of Black revolutionary texts, use the following link: bit.ly/black-texts-2. White Fragility has a list of resources at the end as well.