Taylor Swift Takes Us to Another World with "Folklore" 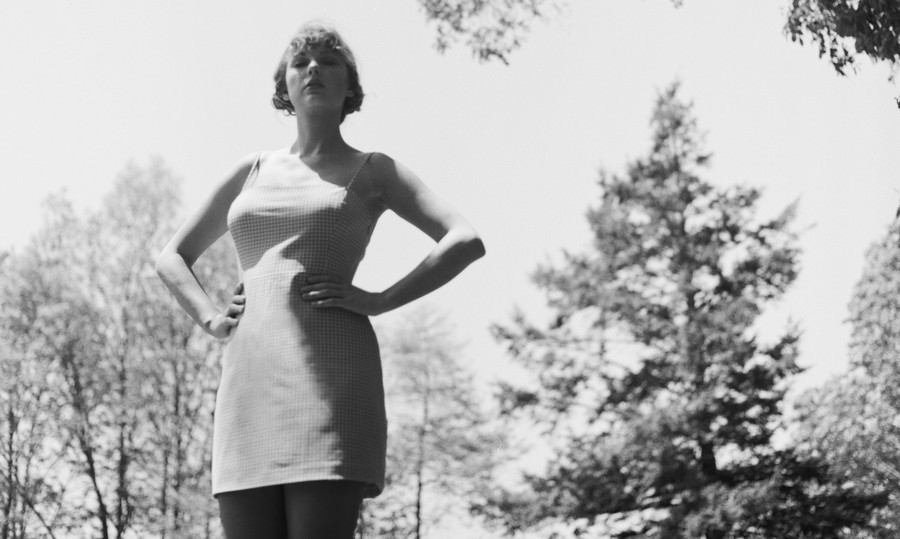 Folklore was borne solely of Swift's imagination and has been released with the intention of sharing the world she has created and allowing us to interact with it.

The morning of One Direction’s 10-year anniversary, I didn’t know what to expect. The notification I woke up to that day was unexpected indeed, though for an entirely different reason: Taylor Swift had just announced her eighth studio album, Folklore, which would drop that very night at midnight. As any seasoned Swift fan knows, this isn’t how an album drop typically goes; usually, fans are left to piece together cryptic clues and Easter eggs from social media posts or singles in order to find out what Swift has been up to. This time, fans were left to collectively hypothesize about every aspect of the album, from what it would sound like to what it would be about. While it may have been a surprise, however, the nature of its release tells us something important about the album: it is personal in a way that is unprecedented for Swift’s music. It’s something special, a beckoning of sorts—with no invitation needed. Folklore was borne solely of her imagination and has been released with the intention of sharing the world she has created and allowing us to interact with it.

In addition to its unprecedented release, the sound of the album is new territory for Swift, falling somewhere between country and pop to land in the indie genre. Though the sound is different, Swift sticks to her roots and takes advantage of her strengths. After all, everyone knows that there’s no combination more powerful than Taylor Swift and her guitar. This album takes advantage of that, stripping down the music and giving added emphasis to her vocals. Piano features heavily as well, along with soft percussion and wind instruments that help to cultivate the record’s otherworldly aspect. The vocal production on this album is simply impeccable. Swift’s voice sounds soft yet powerful, natural yet ethereal. The complexities of her voice are captured and rendered in a capacity we’ve never really experienced, especially to this extent. The backings emphasize these qualities, complementing Swift’s vocals in a way unlike anything we’ve heard before. Adopting a different sound is always a risk, but it is one that pays off in this record.

Swift’s lyricism reaches its pinnacle in Folklore. While she has always had a penchant for hard-hitting or catchy lyrics, the depth and complexity of the lyrics in this album are simply unmatched. Indeed, the way she weaves her lyrics together and builds a narrative out of them is an ability that takes center stage in the record. Swift has always been a storyteller—tracks like Red’s “The Lucky One” and Lover’s “Death by a Thousand Cuts” have showcased her ability to adapt others’ stories in a way that feels just as personal and vivid as if they were her own. In Folklore, Swift has unleashed this talent, mixing stories with her personal experiences. Take “The Last Great American Dynasty,” a track that tells the story of the previous owner of her Rhode Island home, Rebekah Harkness. In addition to its adaptation of another’s perspective, the song is also a perfect example of the blurred line between imagination and reality that permeates the album. After telling the story of Harkness, “the maddest woman this town has ever seen,” she sings, “Holiday House sat quietly on that beach/ Free of women with madness, their men and bad habits/ And then it was bought by me.” She draws a parallel between herself and Harkness, addressing a commonality between them as characterizations of “mad women” by those who surround them. Swift takes her storytelling in Folklore a step further by adopting different perspectives on the same event: a love triangle. In “August,” she describes the pain of loving someone who doesn’t belong to you; in “Betty,” the regret of having left a true love for someone else and the desire to return to them; in “Cardigan,” the feeling of someone you love finally coming back to you. The intricacy of the stories told in the album serve to remind us that at the heart of it all, that is what the singer is here to do.

The fact that storytelling features so prominently in Folklore is a blessing in other ways: It prevents us from fully distinguishing the stories from Swift’s own experiences. After everything she has endured the past few years—especially in regard to the media’s treatment of her—it’s refreshing to be able to appreciate the music for what it is. While speculation is inevitable, it’s no longer at the forefront. We are free to interpret these songs for ourselves, and this freedom is at the heart of what the concept of this album is all about. In her statement about the record, Swift says: “A tale that becomes folklore is one that is passed down and whispered around.… I’ve told these stories to the best of my ability with all the love, wonder, and whimsy they deserve. Now it’s up to you to pass them down.” Everyone who listens to this album will gain something different from it—and that’s the beauty of it.

Despite the individuality of the experience of this album, however, there’s a humanity in it that transcends the album itself. Truly, there’s an interconnectedness in Swift’s discography that makes it so distinct from that of other artists. While Folklore is something uniquely different from the other albums she has put out so far, it somehow still feels familiar. In fact, the roots of this album can be found throughout much of what Swift has written, most prominently in her album Red. To me, Folklore feels like coming full circle on what began with Red. The maturity of the lyrics and her ability to find new ways of telling stories have come together to create an album a long time in the making. In some ways, Folklore feels like the album Swift was always destined to write.

As someone who’s been a fan of Taylor Swift for nearly a decade now, it feels odd to say that she hasn’t reached her peak yet. If anything, Folklore is only the beginning of what she is capable of. Swift has a talent for finding new and compelling ways to tell stories that remains unrivaled in today’s music industry; it is a talent that never gets old and will continue to strengthen with time. After all, it only took her four months to write Folklore. Who knows what she will create in those to come? I don’t know, but I can’t wait to find out.