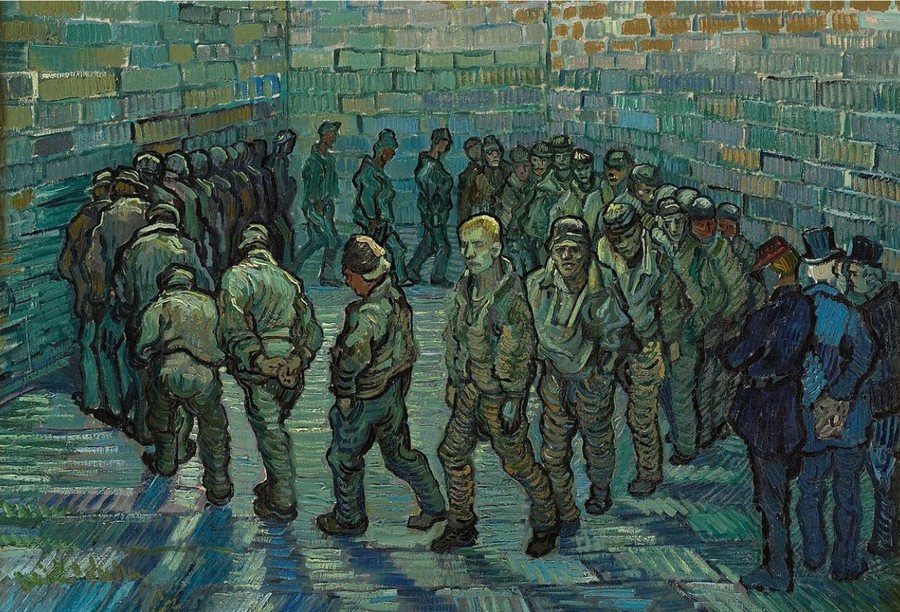 While not opposed to reforms that improve the quality of life for incarcerated people, Davis suggests that too much emphasis on reform can naturalize the prison.

Abolition, a holistic reevaluation of societal notions of criminality and punishment, is having a moment. The idea has grown in popularity since the 2014 Ferguson uprisings, and the killing of George Floyd and subsequent wave of protests across the United States have seen calls for police abolition explode into the mainstream. While many elected officials have dismissed such demands, there is no doubt that the movement—although meaning different things to different people—is growing rapidly. UChicago’s own #CareNotCops organization, along with activists from UChicago United, Students Working Against Prisons, and UChicago Student Action, staged an occupation of University of Chicago Police Department headquarters and released an op-ed in The Maroon calling for the abolition of the University’s massive private police force. The Maroon’s own editorial board has followed suit in a statement published very recently. While police and prison abolition are technically distinct processes, activists organize around them in tandem, linking institutional racism and capitalism to the emergence of a system of unified criminal punishment, whose power is facilitated by the police and prisons respectively.

Our Twitter feeds and Instagram stories are undoubtedly full of recommendations for an “anti-racist reading list,” with multiple publications releasing their own listicles. Many of these books are definitely useful, though some of those most common to this flowering genre are more contemporary, take a rather cursory glance at the history of radical anti-racist movements, and can be underwhelming. Recognizing that much of the contemporary discourse surrounding police and prison abolition has its roots in the Black Radical Tradition—particularly Black Feminism—there is perhaps no one better to read right now than Angela Davis, professor emerita at the University of California, Santa Cruz, and a lifelong revolutionary activist and scholar. And within Davis’s oeuvre, Are Prisons Obsolete? is a notable work that directly explicates the concept of abolition.

Davis begins by elucidating the difference between prison reform and prison abolition. Reform, she states, consists of considering the state of the prison as such, without questioning its basic existence and historical contingency. While not opposed to reforms that improve the quality of life for incarcerated people, she suggests that too much emphasis on reform can naturalize the prison, further entrenching its quality as a seemingly obvious solution to crime as a social problem. A social problem that is assumed to exist, not as the result of particular configurations of power, but as an inevitable part of social life.

She further contests notions of criminality in the last chapter, “Abolitionist Alternatives,” which begins with a quotation by Arthur Waskow, a rabbi and activist most famous for his work in the Jewish Renewal movement: “The only full alternative [to prisons] is building the kind of society that does not need prisons.” Waskow highlights the redistribution of power and income, and communities that can support, reintegrate, and truly rehabilitate people who have committed illegal acts, as essential to this alternative society. The distinction between a criminal and someone who has merely committed illegal acts is a mythology common to nearly all discourse surrounding public safety. A criminal is a category of person that is assumed, by their inherent nature, to be a threat to one’s personal security or way of life. Committing an illegal act is not sufficient to designate one a criminal, or else we would all become criminals the moment we drove 45 in a 30, downloaded an O-Chem textbook PDF, or drank at college parties as a first-year. Criminality, as Davis argues, is a construct used to designate people—Black, Indigenous, Latinx, Asian, poor, young, homeless, transgender, disabled, deviant—as threats to an idealized, peace-loving, domestic (and predominantly white) community.

Elsewhere, Davis analyzes the historical evolution of the political economy of the prison system to identify specific ways in which certain populations have been coded as criminal. Tracing the transformation of the prison system, from a progressive alternative to capital or corporal punishment during the early modern era, to the convict leasing of the Jim Crow South, and finally to the international rise of the supermax and private prison mega-corporations in the 1970s, Davis follows a thread of labor and profitability as central to the proliferation of carceral ideology. After the Civil War, prison populations shifted from overwhelmingly white to increasingly populated by Black men as Black Codes criminalized newly freed slaves and placed them in the prison system. Convict leasing was also a common practice whereby prisons would lease prisoner labor to private parties, typically in agriculture or manufacturing. While technically outlawed by President Franklin D. Roosevelt in the early 1940s, similar practices continue to this day. Although it has become such an ingrained element of contemporary discourse that its potency is often overlooked, it bears repeating that the 13th Amendment outlaws involuntary servitude (i.e. slavery) “except as a punishment for crime.” As dynamic institutions seeking to maintain a profit often do, the extraction of value from criminalized populations has undergone changes along with the general conditions of society. In the age of consumerism and spectacle, much of the profitability of the prison has shifted to prisoners as consumers, outsourcing contracts for food, medicine, and security to private companies, even in state-run prisons. Davis calls this set of practices the “prison-industrial complex,” directly referencing the military-industrial complex and relating military imperialism abroad with police criminalization at home.

What Angela Davis accomplishes in Are Prisons Obsolete?—simultaneously an incisive analysis of crime and punishment as well as a positive vision of a world without prisons—is a rarely achieved combination of scholarship and activism, and the book deserves a spot on any reading list that attempts to understand our present moment. Davis’s depth of understanding of how race, class, and gender shape the prison system, and especially how we can move beyond it, is presented in a compelling and approachable manner. Coming in at a little over 100 pages, Are Prisons Obsolete? is a brief and self-complete work that serves as an excellent introduction to abolitionist thought without relying on an assumed level of familiarity with the theorists or concepts discussed within.