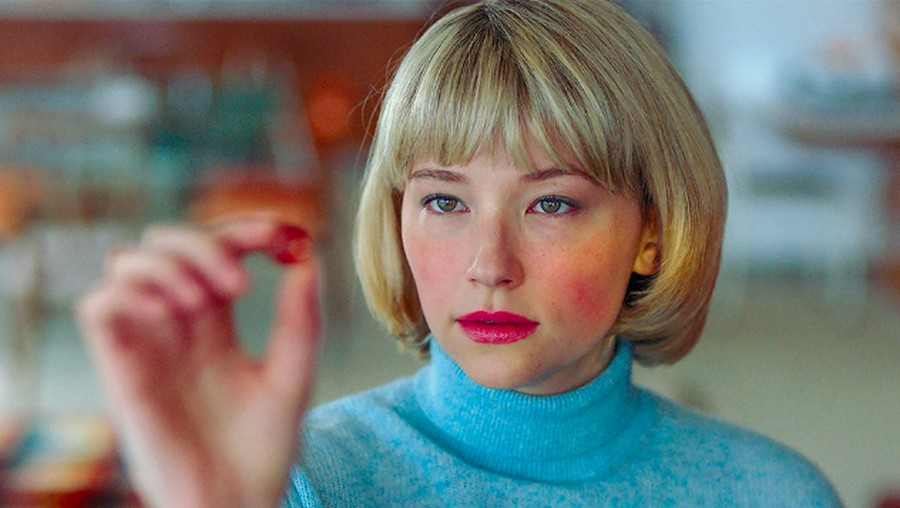 Mirabella-Davis creates a confused environment, mashing together recognizable attributes of abuse and suppression to distinguish an oppressor-oppressed dynamic between husband and wife.

Swallow, Carlo Mirabella-Davis’s directorial debut, follows Hunter (Haley Bennett), a young, pregnant housewife with pica, the psychological disorder that drives people to eat inedible objects. Common among pregnant women, it serves as a precocious vessel for insight into female bodies and hunger in how it violates the most basic biological instincts. In Swallow, consumption is brimming with symbolic potential, yet never realizes it.

Hunter is married to Richie (Austin Stowell), a tyrannical and aloof partner, who continuously agitates her hunger for dangerous objects. His excessive wealth ostensibly frees her from work and poverty; coming from a working-class background, the excess secures her dependency. As Richie puts it, for Hunter, “this is the best it is ever going to get.” He enlists his mother (Elizabeth Marvel) and a babysitter (Laith Nakli) to monitor Hunter’s diet. He coerces confidential information out of her therapist. Further, she is incubating a child she doesn’t seem to want. Her pregnancy, a seemingly predetermined biological fate, establishes a larger, looming burden: motherhood. It’s apparent that Hunter is subconsciously attempting to reclaim control of her life, albeit through ingesting marbles, screwdrivers, and thumbtacks, items that endanger her and her unborn child. When she places each object that passes through her on her nightstand, it’s clear that they provide not only satiety but also pride and exhilaration. Hunter is at war with her own anatomical functions.

The problem is that Mirabella-Davis really wants to hammer in that Richie is indeed a “bad guy”: he ignores her to go swimming with the boys; he reveals her disorder to the whole office despite expressing shame and embarrassment about it earlier. Although it’s unnecessary for Richie to be exceptionally villainous, his actions’ lack of specificity clouds his character. It’s also never established why Hunter, wife to a future CEO, cooks and vacuums their glass house instead of allocating the labor to hired workers. As Richie can clearly afford these services and seems too indifferent to her actual daily activities to subject her to unnecessary labor, I’m surprised Hunter isn’t brunching it up with fellow upper-class wives.

While the affluent setting conflicts with the fact that upper-class women enjoy much more leisure and freedom than their working-class counterparts, it’s true that controlling partners often limit the socialization of their significant others. So why not show that? This lazy exposition relies on blanket social commentary about female autonomy. Sure, this could all be inherent to the environment of this story, and the audience would just need to suspend reality-based logic. However, Mirabella-Davis seems only interested in these parallels to further Hunter’s status as a victim rather than providing meaningful insight about the toils of “feminine” housework. Mirabella-Davis creates a confused environment, mashing together recognizable attributes of abuse and suppression to distinguish an oppressor-oppressed dynamic between husband and wife. Richie serves as a pseudo-symbol for the patriarchy—wealthy, oppressive, and ignorant to feminine woes—and Hunter serves as his counterpart, who is abused, and that’s about it.

Midsommar, also released in 2019, suffers from the same ailment. In Ari Aster’s sophomore feature, Dani (Florence Pugh) joins her boyfriend Christian (Jack Reynor) and his grad-school friends on a trip to a remote Swedish village. After a pagan cult picks off Christian’s friends one by one and crowns Dani as their new May Queen, Dani selects Christian as the cult’s final sacrifice. In its final scene, Christian burns to death, paralyzed by drugs and sewn into a bear corpse.

As an audience, we are made to sympathize with Dani, and thus we feel compelled to justify her decision. After all, Christian forgets her birthday and gaslights her, among other offenses. Dani’s revenge ignites wish-fulfilling catharsis that appeals to almost anyone who has been stuck in a bad relationship. Aster once described his film as a “Wizard of Oz for perverts.” But whereas the 1939 classic allegorically establishes each of its supporting characters as a larger struggle that they must confront or overcome, Midsommar fumbles its delivery, particularly with the central relationship. Besides an unexplored longing for emotional resonance and family, Dani hardly has motivations, which obfuscates Christian’s role as an antagonist. How can he threaten the desires of someone who is so loosely defined? As blank canvases, Dani and Christian seem intended to serve as everymen on which the audience can project their negative relationship experiences. Even if Christian is intended to serve an allegorical purpose, Aster fails to say anything about codependency or behavior at large. Midsommar basks in its subversion, as it refuses to rely on ambiguity, and ditches jump scares and darkness for unflinching grotesqueness in a serene, well-lit environment. In all its subtlety, it flaunts its more “mature” psychological nature but doesn’t care to define the characters it attempts to examine. Aster cannot reconcile conflicting desires of evoking universal empathy through generality while examining a relationship through an intimate, emotional lens. 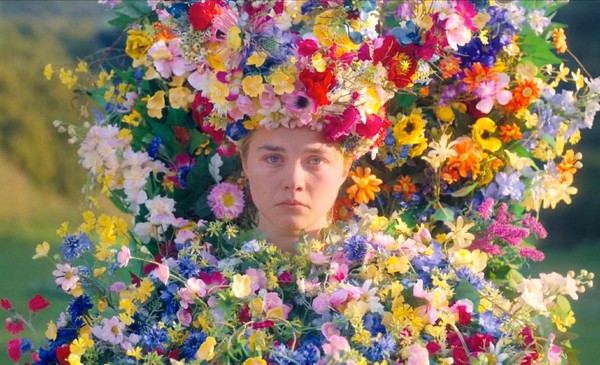 As blank canvases, Dani and Christian seem intended to serve as everymen on which the audience can project their negative relationship experiences.

Christian and Richie are generally horrible partners, which, their audiences presume, is why Dani ultimately submits to the cult’s advances and why Hunter begins consuming inedible objects. Sure, Richie is controlling, but his arrogance, big mouth, and trust-fund-bro-y vibe detract from the root of Hunter’s internal conflict. Similarly, while Christian’s lack of emotional engagement is what moves Dani to embrace the cult’s contrasting emotional echoes, considering his gaslighting, apathy, and many other faults, Dani might as well prefer the cult simply because they are better to her. Vague male shittiness says nothing about the psychological journey of female victims except that they are victims.

Both Aster and Mirabella-Davis inject their female protagonists with exceedingly traumatic experiences to rationalize their actions. Swallow bafflingly draws parallels between an act of sexual violence and Hunter’s eating disorder. Hunter, a product of rape, although unashamed of her biological father’s actions, is clearly subconsciously burdened until she confronts him and learns that rape has granted him the illusion of control. Swallow suggests that her pica is the result of not only subconscious trauma of her father’s actions but also a generational response to powerlessness. Not only is it an arbitrary cop-out from a fascinating exploration of pica, it’s unquestionably offensive. Dani, although passive in her arc, is particularly vulnerable to the cult’s indoctrination due to her sister’s harrowing yet bizarre murder-suicide. The scene is effectively disturbing, but, like the rest of the movie, its emotional impact derives from its aesthetics rather than the writing. Dani’s relationship with her family is never explored before their deaths, let alone established, and neither is her sister’s mental state. This incident serves a dual purpose: to isolate Dani from any potential life outside of her relationship with Christian and establish her as a victim to evoke the audience’s empathy and incite Aster’s plot. If thin characterization was his goal, I commend Aster for finding the perfect scenario that voids Dani of other relationships, conversations, or other indicators of a fully realized character. Dani’s loss and Hunter’s status as a bastard child incite their downward mental spirals; whether this is a result of oversimplified Freudian reasoning is unclear. For films that center around trauma and mental illness, especially Swallow, which deals with a specific psychological disorder, they somehow have nothing to say about these afflictions.

Swallow and Midsommar exemplify the tendency for male writers to reduce female protagonists to mere victims in order to create more naturally sympathetic characters. They also highlight the difficulty of exploring the psyches of vacant projections of women. Horror is and has always been female-focused in terms of protagonists, but the genre and the industry has been and remains dominated by male creators. While these movies continue to be more socially aware and psychologically driven, moviegoers are left with vast appeals to feminist sensibility and statements about “female rage” that fail to deeply explore either the genre or the female experience.