Belonging at UChicago is an act of creation, not discovery. 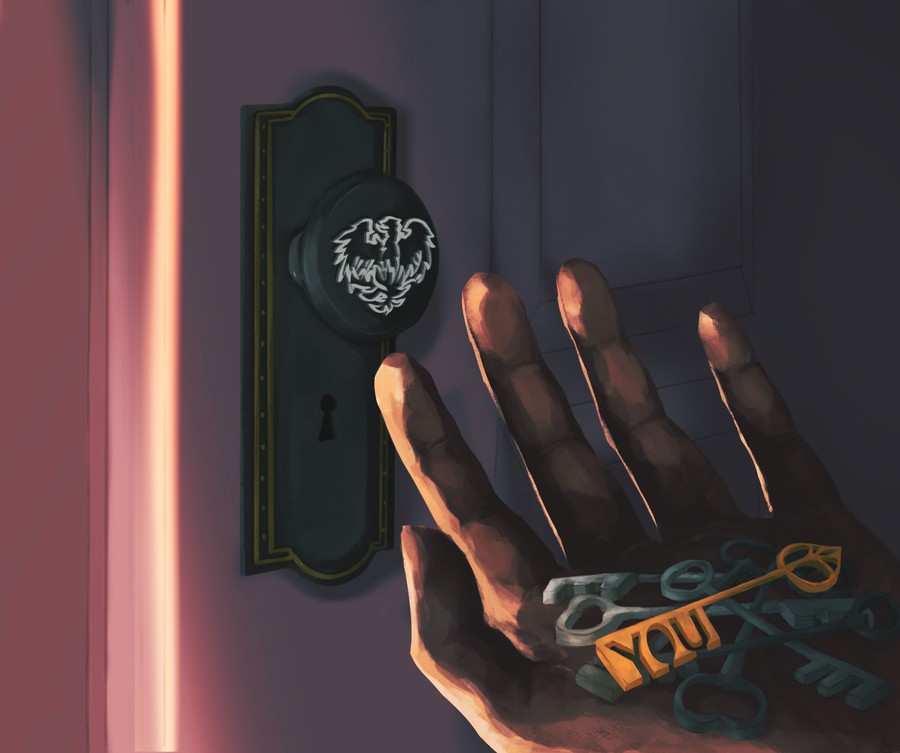 I spent the summer after my high school graduation paralyzed with anticipation. After four years of feeling like an oddity in high school, I had secured a spot at the University of Chicago, an institution widely known as a refuge for the quirky. I was confident that I would be at home in a community of those with similarly eclectic interests—that there was a spot at the University for me, if only I could find it.

My first year, I looked for this spot in earnest. I sampled courses from disparate departments. I dabbled in House culture. I went to dozens of Night Owls and IOP events. I tried a plethora of RSOs: Oeconomica, EUChicago, three Model United Nations organizations, New Americans UChicago, The Gate, UC Dems, and College Republicans. I enjoyed each of these, but I still did not feel at home. I felt overextended, awkward, and uncomfortable.

I never found my spot. It didn't exist.

My second year, I abandoned the search. I dropped all my RSOs except for three Model UN groups, but I committed my all to those. I have never been happier.

One of these, Team MUN, gave me the opportunity to synthesize interests in public policy, history, rhetoric, and performance, but its competitive culture was initially intimidating. After unsuccessful attempts at conforming to what I believed the team’s leaders expected, I decided that I would only continue if I was truly enjoying myself. I reframed the activity in terms of personal improvement and satisfaction, and I centered sincerity in how I handled otherwise competitive situations. This new approach not only helped me find the activity more fulfilling but also created a unique place for me in the team social dynamics.

There was no prefabricated niche waiting for me at the University of Chicago: I had to carve my own. Staying happy at UChicago will always require active and creative effort; passivity is insufficient. Community isn’t found; it is created.

Exploring so many RSOs in my early days on campus was a good idea; I learned what I liked and disliked. However, I began with the wrong mindset. I stuck around clubs for too long, hoping that a niche would reveal itself to me, and I struggled to make good on all of my commitments. I wanted to be liked by the members of each club, so I remained deferential when I should have assertively made clear what I wanted to put into and get out of each. Truly joining a community takes time, and splitting time between too many will slow integration into any.

Luckily, the University is full of unique social structures that supported me until I had carved a niche for myself. Houses provide ensembles of warm-hearted peers, years of institutional knowledge, storied traditions, and—if nothing else—a table in the dining hall at which to sit. Houses, though, like RSOs, are pre-existing communities that have been chiefly shaped by past members. They are largely passive communities; membership is automatic and assigned by Housing. Getting the most out of House culture requires active initiative and organizing House trips that align with personal interests. My House was a great place for me to start making friends and learning about university opportunities. I learned a lot about academic programs and clubs from conversations with older Housemates and am grateful for enduring House friendships, but eventually, I gravitated towards and prioritized other social groups, like Model UN, over attending House events. Rather than treating my House like an insular cult or abandoning it entirely, I am happy with the balance I have struck.

These experiences were pre-pandemic, but I suspect the fundamental character of UChicago social life will not drastically change with this coming academic year’s unprecedented spatiality. UChicago could be an intense and lonely place even when gatherings and daily life were “normal.” Community and friendships were essential to coping and thriving even under usual circumstances, and they certainly have continued to be so since the end of in-person classes. Both, however, require time and an active mentality. I have been amazed and reassured by the initiative and resilience shown by RSOs and Houses this remote spring quarter. A quarterly 24-hour theater festival, Theater[24], transformed into an audio theater festival: Radio[24]. Model United Nations conferences with delegations from schools around the world are still being held… just over Zoom. Dr. Ian Malcolm famously said, “Life, uh, finds a way.” But really, life creates a way.

Devin Haas is a third year in the College.