Look Out for That New Yachty 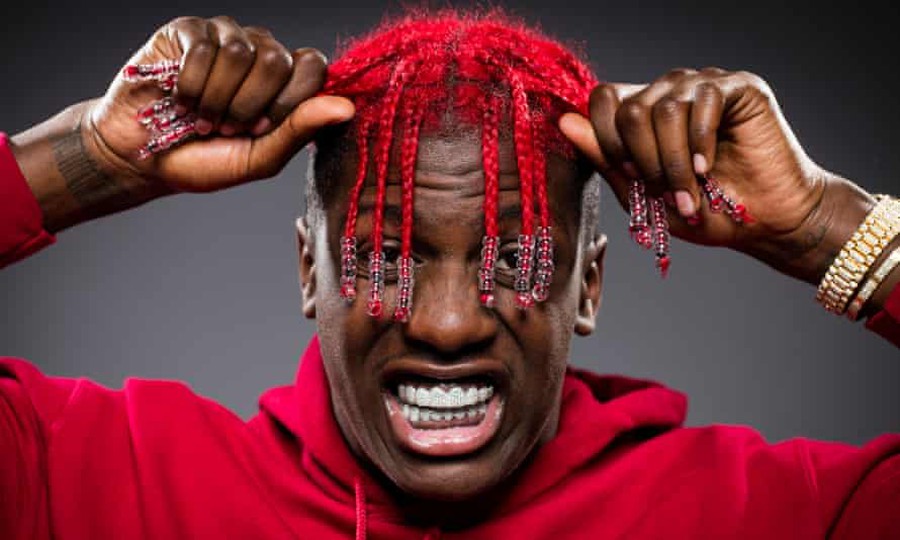 In "Lil Boat 3.5", melodic mumbler Lil Yachty completes his transformation into the face of rap's next outlandish scene.

Despite bringing new sounds and features, Lil Yachty’s latest drop feels like the close of a chapter in his career. Opening up before him is not only his own future, but that of Michigan’s budding rap movement.

More than five years ago, one day before his 18th birthday, Yachty released his debut EP Summer Songs. In December 2015, comedian Caleon Fox dropped a skit based around “One Night,” one of the tracks on Summer Songs, and Yachty gained overnight fame. Styling himself the “King of the Teens,” he next dropped his debut mixtape Lil Boat and followed it up with Summer Songs 2. Both projects seem to keep the success of “One Night” in mind, leaning into glossy anthems that alternate between cheery piano samples and laser-gun synths. The drawling verses on these tracks are by no means his only sound, but they outline the label which would go on to define the start of Yachty’s career: mumble rap.

Yachty’s goofy attitude and beaded red braids made him a poster child for music that people were hesitant to even call music, but this controversy only spread the word. Before long, Yachty was added to XXL magazine’s 2016 Freshman Class alongside Lil Uzi Vert, Denzel Curry, 21 Savage, and G Herbo.

Everyone knows what happened next: The mainstream caught up. Yachty’s cyphermates became superstars and changed the face of rap music. Boat ate good too: In 2017 the monstrous Teenage Emotions cracked the top five of the Billboard 200 even though it was panned by critics, prompting further questions of his validity as a rapper. A year later, Lil Boat 2 debuted at number two. But even though his questionably earned reputation did not preclude his commercial success, it did limit his public image: Odd appearances in Sprite and Chef Boyardee commercials reinforced Yachty’s reputation as an autotune jingle mascot.

His struggle to balance his varied musical styles is embedded within his multiple rap personas. Teenage Emotions opens with “Darnell Boat” praising both his nephews, “Yachty” and “Boat,” for their work on the album. In a Genius interview, Yachty says he’s the former in interviews and the latter while writing his raps. On Lil Boat 2, the contrast between the boastful, all-caps tracks (as in “FLEX”) and the all-lowercase love songs (as in “she ready” featuring PnB Rock) likewise evokes the difference between his alter egos.

Even as he accumulated albums, Yachty never really settled into any one of his many niches. On the Quality Control (QC) roster, Yachty continued to experiment with flows, hooks, and vocals on an array of songs with Atlanta rap heavyweights Migos, Lil Baby, and Gucci Mane. He also scored a spot on “A-Team (You Ain’t Safe)” with top-shelf producer Zaytoven, rising YSL Records star Lil Keed and Keed's younger brother, fellow rapper Lil Gotit, both with mixed success if consistent buzz. (He got another viral hit after Offset’s intro on “MICKEY” sparked the “Zoom challenge” on TikTok.)

Lil Boat 3.5, Yachty’s latest release and the deluxe edition of Lil Boat 3, is the sum of these experimental and collaborative efforts. There’s a track on this album for everybody, by everybody. Lil Boat 3 was already impressive in this regard, sporting a Pi’erre Bourne–backed collaboration with Lil Keed, a cypher with A$AP Rocky; Tyler, the Creator; and Tierra Whack over the Tokyo Drift song, and a serenade from Young Thug and Lil Durk. 3.5 adds the bass-slapping “Flex Up” with Future and Playboi Carti, a collaboration with Vince Staples that could’ve been on the Long Beach rapper’s FM!, and the feel-good “Asshole” with Oliver Tree, written in the vein of summer jams “iSpy” and “Broccoli” (and another TikTok hit with “Coffin”—maybe he is king of the teens).

The list is as hefty as it looks. The plague of deluxe albums is that they devolve into playlists, updated at a whim. For many artists, this lowers the shooting rate of projects aiming for a specific sound. Yachty somewhat avoids this: The smorgasbord of sounds on Lil Boat 3 makes the mixed bag added on in 3.5 less detracting.

At worst, the release does nothing but showboat his various styles and broad choice of features. And it’s true: Yachty’s skill as a jack-of-all-trades brought him success in an industry where many were convinced he occupied a small, temporary niche. Lil Boat 3.5 is a monument to that. But now, having made a career out of battling expectations, what comes next?

His answer? Michigan, where the cities of Detroit and Flint are putting out rap music to challenge a new generation of unsuspecting ears. Over the past few months, the “Yacht Club” rapper has racked up features with the area’s rising stars, which isn’t too hard to do. The artists are partial to cyphers: hookless posse tracks that lend themselves to the brash, punchline-focused style that makes rappers immediately identifiable. “Flintana” brings Yachty in touch with the gravel-voiced RMC Mike, YN Jay, whose signature “Hold On” appears on Lil Boat 3 cut “Westside,” and Louie Ray, who toured the local sound around the Midwest. In this linkup of local legends, abetted by the production of frequent collaborator Pablo616, Boat sounds surprisingly at home.

Well, not entirely surprising. Since before the release of Lil Boat, Yachty’s “Up Next” series featured a similar type of song with his own crew, the Sailing Team. On these tracks, Yachty raps like he’s got something to prove, and his dynamic flow leads him to more creative and ridiculous bragging. This style distinguishes alter ego “Boat” from the singing, more lighthearted “Yachty,” and, like his fiery persona, these high-octane tracks are spread throughout his discography. Lil Boat 3 has “Demon Time,” a grimy back-and-forth with childhood friend Draft Day, which gives some maturity to the sound. Where the intensity of Boat’s lyricism usually comes with a parallel rush of aggression, on “Demon Time,” Yachty comfortably floats over the stripped-down instrumental. “I got like ten different watches I never wear/ My Louis mono, not no damier/ At the penthouse with three different concierge/ I know all of my haters cannot compare.”

Yachty also shares a knack for the slanted, forced rhymes used by Michigan rappers to heighten the impact of their punchlines. The hard “r” he puts at the end of “Bentayga” to make it rhyme with “Jäger” in “Range Rover Sports Truck” has the same disorienting effect as KrispyLife Kidd’s bar “Told Yachty I’m flyin’ out I gotta see somethin’/ Stick hanging out the FN, this b***h look like a cucumber” on their joint track “Krispy Boat.” Like early appearances of Yachty’s alter ego Boat, Kidd energetically yells his way through the line, but the humor of such moments—which are common by nature of the style—is not lost on either artist.

Other techniques—long pauses in the verse (as in the one on “Run Down” after Veeze says “I’m rockin’ Chrome Hearts, shootin’ basketball just like I’m Drake”), “oops, I mean” bars (see “Up Next 3” for a great example in a hall of fame G Herbo feature), and their distant cousin “aw, ok,” false-start bars (Yachty gets a nice one off on the Drakeo the Ruler–hosted “John Madden”)—also add comedy and variation to what is already one of the rap game’s most entertaining and dynamic sounds.

Yachty’s collaborations with Michigan rappers go back to “From the D to the A” with Tee Grizzley in 2017, but his pivot to cosigning local artists (to their gratitude; on “Run Down” RMC Mike raps “Yachty let me see the anchor chain,” but it’s Rio Da Yung OG who rocks it in the video) is a sharp turn in his career. Even 3.5’s full palette rests mostly on the production of Earl on the Beat, a longtime collaborator and QC affiliate.

Despite it all, he’s committed. Before 3.5 was even released, he announced a mixtape, Michigan Boy Boat, supposedly to be released before the end of 2020 (no update yet on a new relase date). It’s likely to see more of the bar-for-bar matchups with the state’s eclectic cast of emcees that the Georgia rapper has delivered so far.

It’s worth noting that Yachty’s Michigan collaborations are all but free of autotune, and if this holds true throughout the tape, it will be his first project without it—a new day for his sound. Despite variations between Detroit and Flint, Michigan Boy Boat also promises to be the most cohesive Boat project since the lulling tunes of his first mixtapes. In approaching the local style, he overcomes the central divide of his career by blending Yachty’s bright humor and Boat’s brazen lyricism. This growth is most obvious on “Not Regular,” with Sada Baby, the tape’s first single. Where Yachty’s flow was a nice, if brief, intro on “T.D,” he and Sada make a hit pushing it to the limit, peaking in Sada’s rhyme of “Roger Federer” with “my competitors.”

It’s good for rap when everybody eats, and Yachty’s giving support to a scene on the rise to get a shot at redefining his image. Yachty’s back at the forefront of a new, reckless strain of music. Keep an open ear.