UChicago Adds Five Inductees to Its Hall of Fame 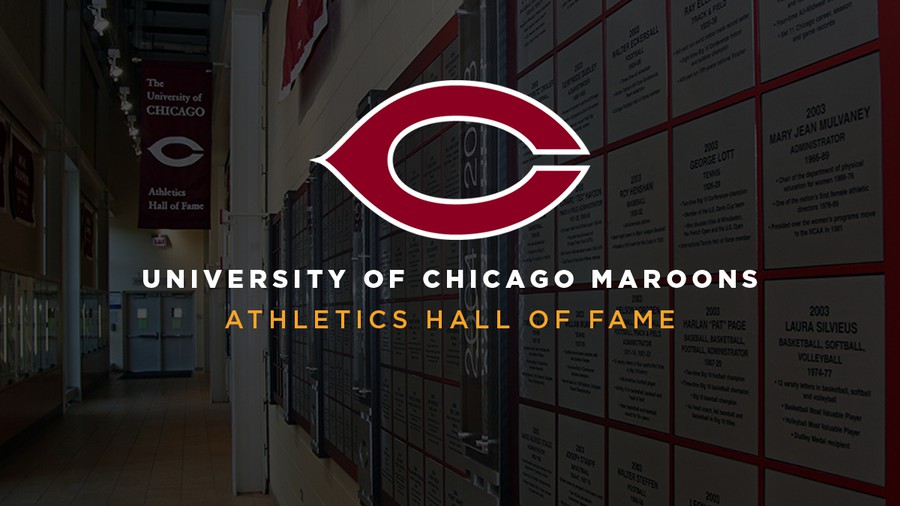 The University of Chicago announced the 18th induction class of its Athletics Hall of Fame.

Five new names now stand amongst the greatest in the sporting annals of the University of Chicago as the Class of 2020 was enshrined in a unique Hall of Fame induction ceremony. Although the novelty and gravitas of a packed University Club was missing at this year’s induction ceremony due to social distancing regulations, the excitement was still palpable when the members of this year’s class were honored by their peers, family members, friends and the public through an online ceremony.

Headlining this year’s class was the great Brian Baldea, who served as head baseball coach from 1991 till 2014 before assuming his role as associate athletic director at the university. In his 24 years as head coach, Baldea accumulated 411 wins, 14 winning seasons, and 9 seasons with over 20 wins, becoming the winningest coach in school history. As associate athletic director, he oversaw several programs, including FitChicago and the strength and conditioning program. Coach Baldea was renowned for the integrity and work ethic he showed during his time at the university, qualities which he strived to instil in the players that came through the system under his reign.

Also enshrined was Frank Arado (AB ‘92), four time University Athletic Association (UAA) wrestling champion and two-year team captain. Arado left an indelible mark on the university’s wrestling program, and his 1992 season was one for the history books. He was named the UAA’s Most Outstanding Wrestler, placed fourth at the NCAA Championships, earned All-American status, won the regional title at his weight class, and led the wrestling team to a 13th place finish on the NCAA rankings, their highest ever ranking in program history.

Peter Hildebrand (LAB’63, AB’67, SM’69, PhD’76) was the class of 2020’s most senior inductee, enshrined for his contributions to the cross country and track and field programs at the University. He earned All-American honors in 1966 after finishing 12th at the 1966 NCAA Championships, capping off an illustrious collegiate career that also included two previous Top-30 finishes at the championships. He also held the school record for the indoor 5,000 meters for close to 15 years, still ranking in the Top 10 for that event over 50 years following his departure.

Another track-and field star enshrined in this class was two-sport athlete Nofisatu Mojidi-Bayna (AB ‘08), who was also enshrined for her contributions to the basketball program and is the youngest member of this year’s class. As a track-and-field athlete, she won five UAA track titles over the course of her career and held eight school records when she graduated, including the indoor 55 meters, outdoor 100 meters and the indoor and outdoor 200 meters. Mojidi-Bayna is also one of the greatest players in the history of the university’s women’s basketball program, ranking second in career points, field goals and steals, earning three-time All-UAA honors and two-time first team honors. She also helped to oversee a surge of excellence within the program as she led a team that won over 70 percent of its games in her four years at the school.

However, her path to the Hall of Fame might have been more challenging had it not been for Vadis Cothran Mandrell (AB ‘78), a three-sport star who was also a trailblazer for women’s sport at the University. She played on both the softball and volleyball teams, but her major contributions on the court came as a member of the women’s basketball team. There, she was a four-year co-captain and MVP while putting up close to fourteen and a half points a game, the third-highest scoring average in program history. Off the court, Cothran Mandrell co-founded UChicago’s first women’s soccer club and served as the President for the Women’s Athletic Association for 2 years, paving the way for a brighter future for female athletes.

As the University’s athletics program goes from strength to strength, it helps to take a look back at those who have paved the way for today’s stars and honor them appropriately. Although the pomp and circumstance of the Hall of Fame ceremony might have been missing this year, the names of these Maroon legends are now set in stone next to those of Jay Berwanger, Gertrude Dudley, Amos Alonzo Stagg and Derek Reich as members of the University of Chicago’s Athletics Hall of Fame.