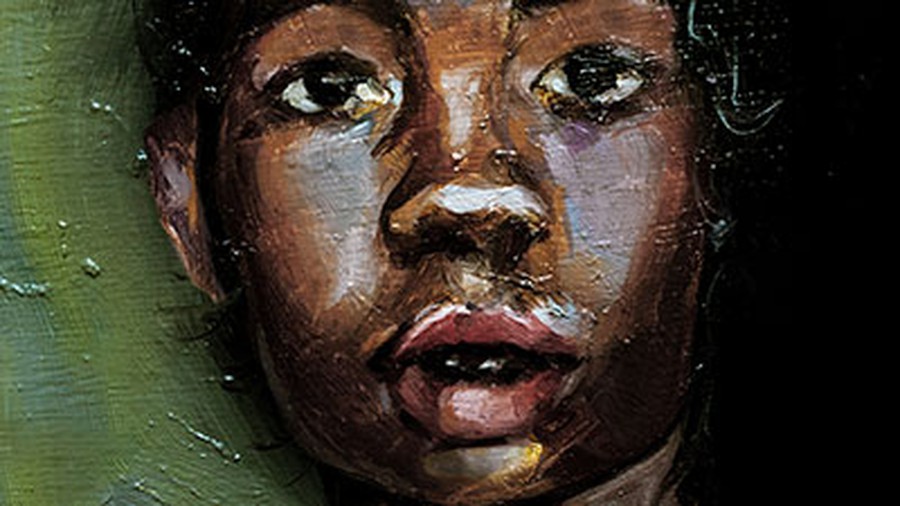 “But what exactly is a black? First of all, what’s his color?” – Jean Genet

This was one way to begin Les Blancs, a play set in Africa, following Africans in the colonial wars over Africa. Les Blancs was the final, uncompleted work of A Raisin in the Sun playwright Lorraine Hansberry. Through Court Theatre’s Theatre & Thought seminar series, Tina Post, UChicago English Department assistant professor, and Gabrielle Randle-Bent, theatre director and Court Theatre inaugural research fellow, gave their virtual audience a primer on the complexity and prescience of Hansberry’s last work and the masterful interplay made between the particularity of the struggles depicted and the universality of its outcomes.

One of the most memorable points Post and Randle-Bent discussed was Hansberry’s exceedingly concrete use of abstraction: The play centered on the struggle of the imaginary Kwi tribe during an indeterminate year, with characters readily embodying certain archetypes of the “Mission to Africa” (missionary, doctor, journalist) or who are themselves saddled with an incomplete or fragmentary African identity (half-white, religious convert). As Randle-Bent discussed, many of the reviews for the play’s different productions went along the lines of “they really needed this in x year,” as if the problems outlined in the play were settled and left in the dust of history. Except that year after year critics kept up this refrain, virtually conceding Les Blancs’s enduring character while still trying to displace its sting into the near past. Les Blancs does not date itself but reveals itself as drawing on a conflict about self-determination which has not and will not stop being relevant for race relations in the U.S., Africa, or anywhere else anytime soon.

Abstraction serves not only as the form, but also the content of Les Blancs. The play’s title was chosen in contraposition to French playwright Jean Genet’s Les Negres, a work which, while ostensibly about “The Blacks”, Hansberry considered to be “a conversation between white men about themselves.” A conversation with no reference to reality but all the real consequences in the world.

In Les Blancs, Black identity thus becomes constructed through various acts of abstraction. For instance, the American reporter Charlie Morris tries to get “personal” with the main protagonist and Kwi African Tshembe Matoseh, but as Tshembe directly points out, getting personal entails Morris’s sidestepping their different positions as colonizer and colonized. Morris treats the decrying of imperialism as merely using “catchwords,” and Tshembe reminds the reporter that these “catchwords” signify the brutal reality of imperial crimes and slaughter which will take “a million tomorrows to rectify.” When the reporter attempts to force Tshembe into being just a Black man who cannot see beyond race, this leads to one of Post and Randle-Bent’s favorite lines in the play:

TSHEMBE: …Why do you all need it so? This absolute lo-o-onging for my hatred!

Instead of falling into a Black/non-Black dichotomy, Tshembe brings up his experiences among the poor of England, Ireland, Italy, France, and even a visit to Anne Frank’s Amsterdam attic. If Tshembe abstracts a Black identity, it is the recognition that the colonial subject’s struggle exemplifies a struggle faced by workers and all others subject to oppression and prejudice.

In addressing Tshembe’s complex backstory and his foil of a brother Abioseh, Post and Randle-Bent addressed how different kinds of abstraction ground characters from the same background. Abioseh, the scholarly Matoseh son and priest-in-training, talks of Africans gaining positions of power so long as they comply with colonial rule. This optimistic image of how power and governance operate seems friendly and the least outright damaging, but the same image results in Abioseh reporting a family friend to the colonial authorities and in that man’s summary execution right in front of Tshembe. As Post and Randle-Bent pointed out, Tshembe also lives a fundamentally fragmented African identity as an African taken out of his country to see the cities of the world, to live in Europe and marry a European woman with whom he has a child. At first, he identifies with his separation from Africa and does not plan to join the liberation army. Seeing a dead man strewn in front of his feet and that his country’s main Black political leader has been unjustly jailed, Tshembe sacrifices the safety of his personal life to completely throw himself into this revolutionary and ethical struggle for liberation. In fraught conditions, people are forced to make singular decisions about their lives that can radically change who they are. Tshembe’s decision to take up the African struggle signifies something much larger than his individual self. Black identity cannot be something created by outsiders as a category to contain the surplus or the other. Tshembe’s choice in Les Blancs is to return agency from the colonizers to the colonized and to construct an identity and a freedom for himself and his country.

Post and Randle-Bent’s lively conversation and analysis of Les Blancs was only the first of several seminars which promise to be just as fruitful. Catch the next seminar in the series, The Woman, A Character Study, on Wednesday, January 27, and subsequent seminar sessions running through February 3.