Shawn Mendes’s "In Wonder" Is Not Very Wonderful 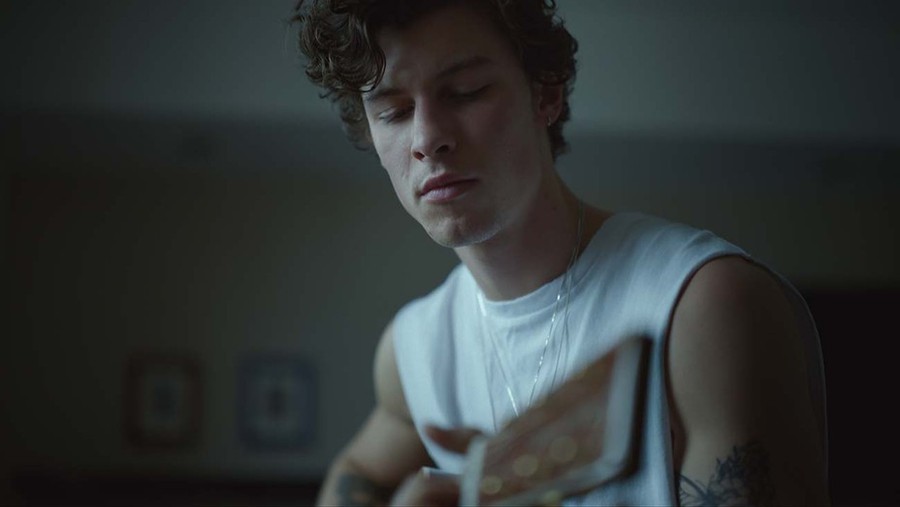 Mendes’s new documentary, "InWonder," was released on Netflix this past November.

Shawn Mendes has been a major pop star for over five years now, releasing four chart-topping albums mostly defined by cliche songs about love and heartbreak. Despite his success, he has never been nearly as distinctive an artist as many of his peers. Mostly he comes off as nice, the kind of guy you would want to take home to your parents, but not much else.

Mendes’s new documentary, In Wonder, was released on Netflix this past November. Coming on the heels of two other major pop star Netflix documentaries, Taylor Swift’s Miss Americana, and BLACKPINK: Light Up the Sky, In Wonder purports to crack through that inscrutable outer veneer and show audiences the “real” Shawn Mendes: his hopes, fears, and concerns.

All three documentaries seek to humanize the larger-than-life artists, combining behind the scenes clips and one-on-one interviews to narrate the central artist’s struggles with fame and success. Miss Americana documents Swift’s constant struggles to please the public and reinvent herself after her public downfall in 2016. Light Up the Sky depicts K-pop girl group Blackpink’s rise through the grueling K-pop training system to become an internationally successful girl group.

But In Wonder struggles to present a coherent narrative about Mendes, mostly because it refuses to actually reveal anything interesting about him. The documentary centers around Mendes’s experiences in 2019, portraying his personal life, the recording process of his fourth album, Wonder, and his experience touring for his third album. These three narratives never tie into each other but are haphazardly slapped together with no apparent reasoning behind what goes where. The songwriting sessions are too short and unfocused to reveal anything about his recording process, the backstage clips consist of mostly just scenes of Mendes rehearsing and aimlessly chatting with friends and tour mates, and the snippets into his personal life reveal nothing more than what has already been reported on.

In Wonder occasionally includes glimpses of a more interesting Mendes. In one scene, Mendes shows pages from his diary where he used to compulsively and repetitively write reaffirming phrases like “I control my brain and voice,” and “my chest voice is strong and healthy.” It’s a genuinely interesting detail that hints at an unhealthy obsession with success, but this habit is instead presented as Mendes “manifesting” his success. The film frustratingly never returns to this, as Mendes occasionally hints at being obsessed with perfection. But In Wonder draws back from presenting a more nuanced picture of Mendes and his struggles with success, missing out on an opportunity to humanize him.

In another scene, Mendes is back in his hometown of Pickering, Ontario. His younger sister reminisces that when Mendes first started singing, he was “disgusted” by the idea of being famous. His sister’s story suggests he’s changed his mind on fame or has had some internal dilemma about it—one that would be interesting to explore. But all Mendes offers in return to this anecdote is that he “doesn’t remember that,” not discussing it any further. Mendes seems unwilling or unable to discuss the topic of fame beyond superficial pop star platitudes about wanting a “normal life” or being tired of touring.

This is especially frustrating considering that the downside of fame is a common theme for pop star documentaries, and one that has been done well many times before. In one scene in Miss Americana, Swift cries while talking about how “intrinsically insecure” she and other celebrities are that they need constant validation from others. In Katy Perry’s 2012 documentary Part of Me, her husband, Russell Brand, divorces her over text backstage. She’s sobbing right up until the moment when she has to perform when she plasters a fake smile on her face. These moments offer real, relatable insights into the struggles of Swift and Perry, and how fame has affected their lives. Most people watching these documentaries will be unable to relate to being a pop star but can relate to being insecure or dumped. These instances of struggle make each film feel like more than a vapid account of the life of an incredibly successful person; they perform the essential task of humanizing the artists to offer a glimpse into who they are as “normal people,” and how fame affects their “ordinary” experiences.

The closest that In Wonder gets to such an intimate moment is when Mendes cancels a concert after losing his voice. He’s devastated, but this isn’t exactly a huge revelation. No one needs to watch a documentary to learn that Mendes would be sad about canceling his concert. And unlike the Swift and Perry documentaries, it fails to offer any insight into Mendes’s inner life. Most pop stars have had to cancel a concert, and most of them have probably not been happy about it. So while it is an unfortunate incident, it doesn’t humanize him beyond what we already know.

In Wonder’s failure to reveal anything new about Mendes results in a documentary that mostly depicts a man who lives a very charmed life. He wanted to be successful, and now is, which he’s very happy about. That’s fine, but it doesn’t make particularly compelling material for an hour and a half long film. The film itself doesn’t seem to realize this though and is far too self-serious for its own good; there’s a long shot at the end of Mendes standing by the ocean, looking up at the sky while pensive music plays. The framing of the scene suggests some kind of grandiosity to Mendes and his life, some kind of intense revelation, but in the end, the film’s only real revelation that he’s just another pop star, pining about love.

As the film ends, Mendes says, “I wish I had some profound thing to say,” but “the truth is…I’m just a guy who really loves music.” This could be a thesis statement for the film, which itself has nothing to say, and seemingly no reason to exist. All it shows is that he really is just a guy who likes to sing, play guitar, and perform music. Perhaps that’s the appeal of Mendes though; he’s attractive, has a good voice, and is nice, but indistinct enough that fans can project their own hopes and desires onto him. That’s all well and good but doesn’t exactly inspire wonder.