By declaring itself a sanctuary campus, the University would uplift our immigrant community on campus. 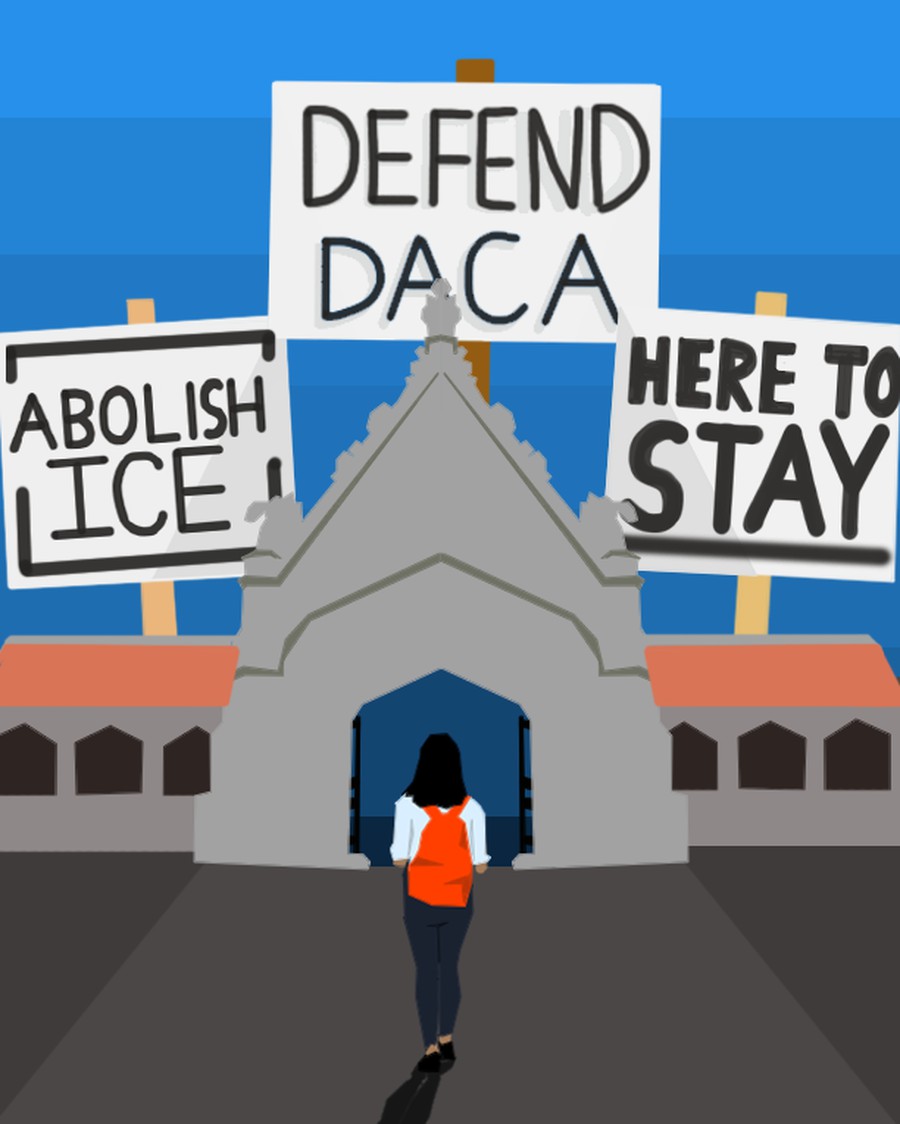 Against the backdrop of an unstable political environment that has besieged the immigrant community with uncertainty, the University of Chicago has yet to announce any plans that prevent companies such as Palantir––an entity that helps Immigration and Customs Enforcement (ICE) set up raids––from recruiting on campus. This is contradictory to the message on its Center for Identity and Inclusion website, which states that it is “working to promote a[n] inclusive and healthy experience for undocumented students.” Continuing ties with an organization that terrorizes immigrant communities and undocumented students is not cultivating the environment that this so proudly conveys, and it is most definitely not providing a “healthy experience” for those who have been personally impacted by such an organization.

Undocumented folks and DACA recipients are often only portrayed as being in need of legal and financial resources; however, this narrative does not reflect the extent of the difficulties that they experience in a country facing a wave of fluctuating immigration policy. Undocumented students and DACA recipients face a plethora of challenges when it comes to obtaining a higher education, and with the utter discrimination they encounter due to legal status, these experiences are often minimized. Moreover, the undocumented community does not just need resources; they also need vocal support from campus administration. Specifically, our university needs to declare itself a sanctuary campus and sever ties with ICE. The University of Chicago has a responsibility to protect each and every single one of its students, regardless of immigration status. By declaring itself a sanctuary campus, the University would uplift our immigrant community on campus and amplify undocumented voices.

When ICE announced plans to impose restrictions on international students with F-1 visas back in July, the University of Chicago was swift in its decision to sign an amicus brief opposing the restrictions. However, when it came to calls to label itself a sanctuary campus, their response was not met with the same urgency.

Instead, the campus administration chose to make a statement saying that it is not considering declaring UChicago a sanctuary campus because it’s not a “well-defined term.” If the sole reason is that “sanctuary campus” is poorly defined, then the University should have turned to on-campus student activist organizations and deferred to the many universities across the country who have established themselves as sanctuary campuses despite this perceived hurdle.

The University should examine its place in the political climate that denies undocumented migrants their humanity, while also working to ensure that students are guaranteed a campus free of intimidation. The idea is neither radical nor a far step from various initiatives on campus, which have been supported by campus administration. From the resources we currently offer undocumented students––such as the annual “Know Your Rights” workshop, financial support, and the Butterfly Support Group––it would not be a drastic decision to move towards designating ourselves a sanctuary campus.

If there is one thing that the Kaleidoscope Collaborative––a coalition comprising UChicago Without Borders, New Americans UChicago, Partnership for the Advancement of Refugee Rights, and UChicago Coalition for Immigrant Rights––wants to emphasize, it’s that the University is going against its pledge to provide support for undocumented students. ICE is an organization that terrorizes immigrant communities and spreads a fear campaign against them; it is an agency that is notorious for its long list of human rights violations. Both UChicago administration and students are familiar with ICE’s actions, so the University’s unwillingness sends the message that such violations are not of concern to the campus administration. A report by the Congressional Committee on Homeland Security revealed that the conditions of confinement that migrants endure are appalling, to say the least. From unsanitary conditions to medical neglect during a pandemic, the U.S. government treats migrants as less than human. No campus should uphold its so-called legal obligations to ICE when such agencies violate and strip migrants of their humanity and are antithetical to progress.

Moreover, under an administration that repeatedly threatened the presence of our undocumented community and unlawfully attempted to terminate DACA, many institutions designated themselves sanctuary campuses to ensure that their undocumented community knew that they were cherished and protected against an immoral system. Because UChicago acknowledged the need to address undocumented students on the Center for Identity and Inclusion’s website, you would think that it would’ve adopted a sanctuary campus label to affirm its espoused values and firmly stand against the atrocities committed by the Trump administration. But instead, it remains steadfast in their lukewarm commitment to immigration justice.

Even with a Biden presidency, the challenges the immigrant community faces are far from over. When I asked members of the Kaleidoscope Collaborative why UChicago should consider adopting a sanctuary campus label, their statement was as follows: “If four years under the Trump Administration have taught us anything, it’s that political hostility towards immigration can yield real and terrifying consequences for vulnerable immigrant populations. UChicago has a responsibility to protect all of its undocumented and immigrant staff, faculty, and students, who are valued members of our community and have come to call UChicago home. UChicago needs to claim the title of a sanctuary campus and demonstrate a proactive and enduring commitment to keeping all of its community members safe, regardless of their immigration status, to earn the weight of that title.” Student activist groups are cognizant of the fact that these issues are not going to disappear under a Biden administration, as immigration policy isn’t a bipartisan issue—it’s a humanitarian one, and one that the UChicago administration must reconsider its place in.

There is a growing need for sanctuary campuses; they signify resistance to racist, inhumane systems that refuse to be transparent and need to be abolished (but that’s a different column). UChicago cannot continue any type of association with an organization that fails to acknowledge its own abuses and violent actions. As shown by the nearly 1,000 responses on UChicago Without Borders’s petition, students are demanding the administration sever its ties with ICE and declare UChicago a sanctuary campus. It is not enough to just claim we accept undocumented students. We need to demonstrate that labels are in fact representative of our mission to protect all students, and we need to provide an environment where we aren’t allowing the same entities that threaten our communities on our campus. The first step towards this imperative is to declare UChicago a sanctuary campus.

Jennifer Rivera is a second-year in the College.