Sob Rock: Shitpost or Shit? The ’80s in a New Light 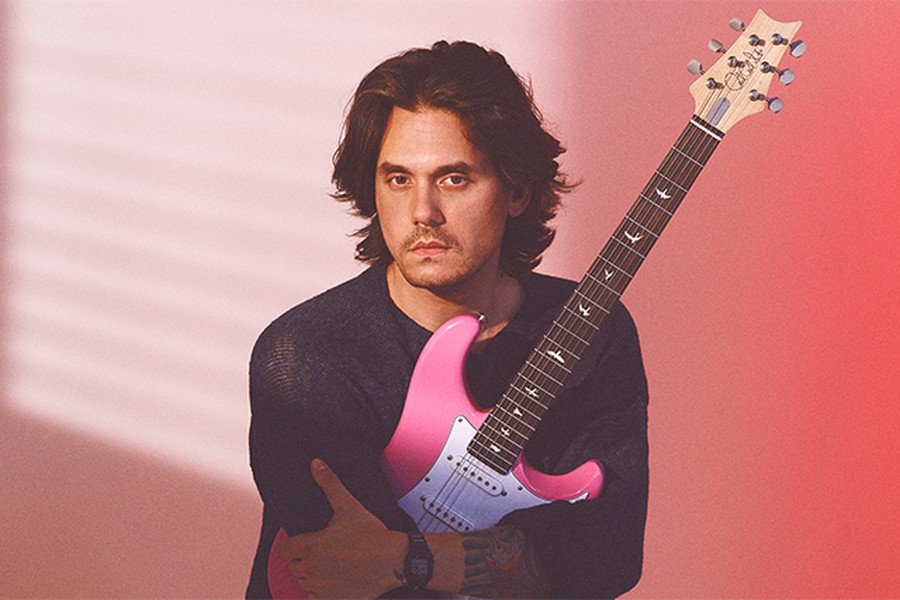 A few bars into John Mayer’s latest album, Sob Rock, I am immediately taken by a nostalgia for an era I never lived in—the ’80s. With digital versions of the album cover sporting a “The Nice Price” discount sticker, instrumentation from the likes of Toto members Lenny Castro and Greg Phillinganes, and a music video reveling in its excess of ’80s clichés, Sob Rock is a conscious nod to an era in which musicians are pressured to stay on top of current trends while constantly reinventing themselves, all in the name of staying relevant and fresh.

Mayer described the ’80s sound as having a “security-blanket aspect…that reminds me of a safer time” in an interview with The Wall Street Journal. His devotion to this sound is evidenced by how heavily he pulls from hits of the era. The opening track, “Last Train Home,” takes its drum beat from Toto’s “Africa”; “Wild Blue” channels Dire Straits’ “Sultans of Swing”; there’s a bit of the Moody Blues in “Shot in the Dark.”

But Sob Rock is not a fan record to a bygone time. When listening to Mayer croon about heartache, it becomes increasingly evident that the ’80s are used as a starting point: an instrumental bedrock upon which Mayer further develops his own sound. Moreover, the artificial nature of ’80s music production lends itself as a balm through which Mayer can ensure that Sob Rock is not dredged in the sorrow implicit in its name. This is an album about failed relationships, yet it breathes hope.

Musically, slick drumbeats and sprinklings of synthetic undertones provide a distance and optimism that offset the expectation of self-deprecation with song titles such as “Why You No Love Me” and lyrics like “I guess I just felt like givin’ up today” (“I Guess I Just Feel Like”).

Mayer constantly blends and switches genres, never content with just one set method of musical expression. Blues makes its way into the otherwise new wave “Carry Me Away,” there’s a country voice in the synthetic sound of “All I Want Is to Be With You,” pop and soul blend to create “New Light,” backing vocals from Maren Morris bring a bit of contemporary inspiration, and of course, Mayer’s signature guitar solos and whimsical riffs make his songs recognizably his.

Lyrically, Mayer riffs off the come-what-may attitude of the ’80s with his intellectual quips, satirizing his pain with lines such as “Pushing 40 in the friend zone” (“New Light”) and “Hurt me once, I let it be/ Hurt me twice, you’re dead to me/ Three times makes you family” (“Why You No Love Me”).

His hopes and aspirations are also illustrated more directly in some other songs. In “Til the Right One Comes,” Mayer establishes that he has been unlucky in love but claps back at people who say that he’s crazy and will never find someone by singing, “[I’ll] / Prove you wrong when the right one comes.” In “Wild Blue,” he reflects, “I found myself when I lost you”: A benefit of him losing a lover was an increased capacity for self-awareness. In “Carry Me Away,” he hopes that someone will “carry [him] away.”

Nonetheless, there are bound to be those skeptical of this album. Critics of Mayer have, in the past, attacked how “pleasantly bland” his music is and might argue that Sob Rock continues on a similar trajectory. While Mayer’s personal life has undergone tabloid warfare over the years, his professional sound has been quite steady, consistently resting in the domain of mellow rock—one that Sob Rock takes care not to breach.

To his credit, Mayer is aware of these critiques. He seeks to intellectualize Sob Rock and set it apart from his other albums, labelling it as a “shitpost” in an interview with Zane Lowe. He comments that “no one would have imagined that [Sob Rock] would be the name of the record.… Sob Rock was made to make you feel joy because it was made in a moment where joy was at such a premium that I was laughing if something sounded good.” In other words, Mayer believes Sob Rock is a shitpost because its title embodies a melancholia that is supposed to be contrary to the joy created by the experience of listening to it mid-pandemic.

I’m not so convinced by Mayer’s argument. I never experienced the “aha” or “gotcha” moment that normally arises from encountering shitposts when I first listened to this album, if only because no amount of synth lines can hide the heartache and pain behind his songs. Sob Rock seems like a fitting title given the records in it, and it accomplishes much of what his previous albums also did.

In any case, I’d label Sob Rock as yet another one of Mayer’s successes if one can get past the idea that he still operates along the same trends he traditionally has. Sob Rock is, after all, only the latest in the continuum of Mayer settling into his musical identity—a mix of mellow rock, country, and old-timey vibes—comfortable, so broken in. Shitpost or shit, one has to admit that Mayer adds his own sparkle to ’80s musical tropes in this album, reimagining the era in a new light.