A Pantheon of Loneliness

Loneliness is a space of creation and self-discovery UChicago students need to embrace. 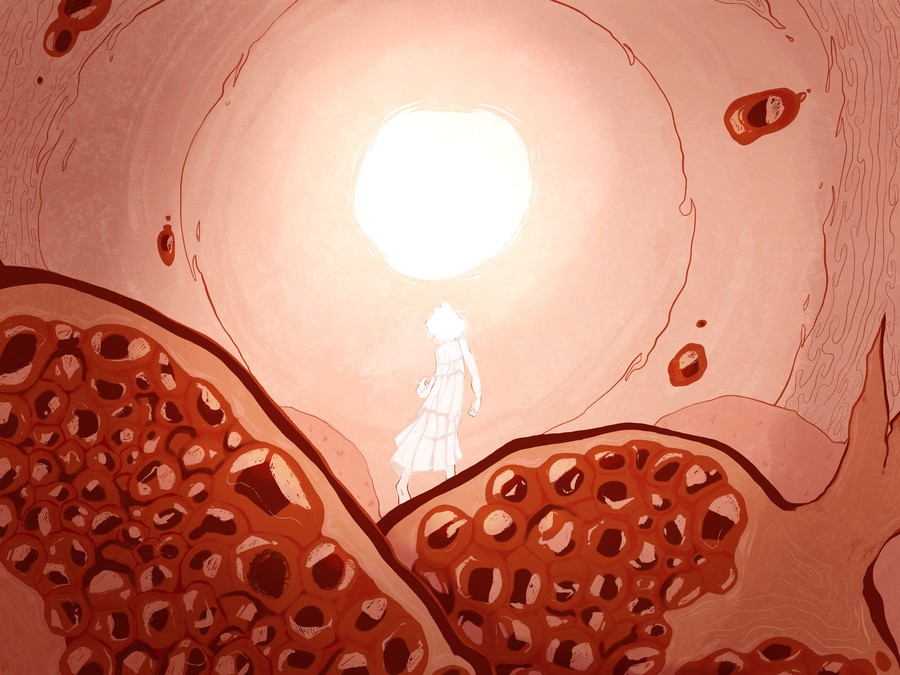 I was born and raised in my own solitude, which is to say that I was an only child with a flair for the dramatic. The combination of the two, as inevitably as winter turns to spring (as Zeus cheats on Hera), led to a years-long obsession with Greek mythology that swallowed up most of my early teens.

I devoted myself to it, to Rick Riordan’s Percy Jackson at first, then Stephen Fry’s Mythos, then Edith Hamilton’s Mythology, then Apollodarus’ The Library of Greek Mythology, each text a little more academic, more precise, but largely containing the same amalgamation of stories, the same playing field of characters, who rapidly became familiar, friendly. This frenzy of learning seized me but has not returned since (much to the disappointment of my latest economics P-set). I can’t exactly pinpoint what set off my intense hunger for learning beyond a simultaneous intensification of the sense of isolation that had plagued me since childhood.

It’s ironic then, or maybe fitting, that so much of Greek mythology speaks so powerfully of this same loneliness, the same aloneness that defines and erodes so much of life here at UChicago.

In many ways, loneliness is the first feeling, the start of it all. As I have read it, from Chaos, which was everything and nothing, burst forth Gaea, the earth. She existed alone for a while in this primordial soup until she found in herself the desire to create a companion (a feeling perhaps not alien to that first conversation with a roommate), Ouranos, the sky. And so, it began, our whole world, our existence, carved out of reaching out, of longing, of needing someone.

The seasons too, are explained by this need. You have Hades, languishing alone in the gloom of his underworld kingdom, spying Persephone, goddess of spring, of rebirth, of all things light and good, and deciding that if he could be with her, the dread of his immortal life might lift. You have Persephone, for so long so sheltered, deciding to stay with the man who chose her, even if it meant sentencing the world to four months of frigid winter. Stockholm syndrome aside, here is a story of how we pick each other, identify our lonely hearts and piece ourselves together.

Then there is Orpheus, the greatest musician of his time, a mortal among gods, who traipsed into hell for his wife, who would not settle for the early death of his greatest companion, who parted the gates of Hades for her, but found himself unable to deal with the uncertainty of her return. At the prospect of loneliness, he rose to the challenge, and he faltered by the same hand.

When I read these myths for the first time, for the hundredth, was I seeing the consequences of loneliness, how far we would go to explain it to ourselves, to solve it?  I was 13 and stupid then, so I was unsure, but these past two years, in the isolation of quarantine, I found myself revisiting this old passion and looking a little deeper.

For most of us, ending our loneliness by thinking someone up from the depths of creation itself is usually out of the question. Kidnapping is rightly frowned upon; and walking to hell and back has mostly transitioned into the realm of metaphor. So, what do we do, when we find ourselves alone, like so many of us did, attending college at the height of the pandemic?

I’m not sure there is a definite answer, or a checklist that I missed during move-in, but my own first quarter was spent largely in the darkness of my dorm room watching Friends.

The ancient Greeks created gods to convince themselves that they were not alone. I had a laugh track.

It took me months to unscrew my shell, months more to step out of it, and another few months of conversation with new friends to realize that everyone around me was doing the exact same thing. Of course, some of us had an easier time of it than others, but the same fear of being left behind grounded us, the same anxieties, the same worries consumed us.

There is a lesson to be gleaned from this experience, and from Greek mythology, and here’s what I think it is: We are all always a little lonely. We all stand a little way apart from everyone else, we all wonder if they’re having a better time, we wonder if we are being forgotten, written out of the story, erased.

If we are able to accept this, accept loneliness as a condition of existence rather than a private exception, perhaps we will be kinder to ourselves. Perhaps we will stop seeing loneliness as proof of our own unworthiness, that if we are unable to provide a list host of friends and acquaintances and points of contact, we are lessened by this denial of love, and others, sensing this rejection will reject us too. We fear that loneliness is a permanent affliction, a character trait that will define us unless we wrest control of it. But just as this loneliness can be immensely destructive, the space and time it gives us to ourselves, a rarity in this world, is crucial in self-discovery, and in turn, in combating another sort of debilitating isolation: a severance from the self.

How many of us can truthfully say that we know who we are, separate from the opinions and projections of our friends? How many of us can differentiate between what we truly love, where we want to be in 10 years, and what we’ve simply been reciting to people for convenience’s sake? What if, in the barrage of information and ideas that infiltrate our everyday life, we have forgotten to ask ourselves who it is we want to be?

This is not to suggest that we don’t need other people, or that the pressures of isolation do not have devastating consequences on college campuses and across America alike. Instead, perhaps we need to shift the lens with which we view being alone. Perhaps it is in being alone that we decide on who we truly wish to spend our time with, as Hades and Persephone did. Maybe being alone lets us develop and concentrate our passions, like Orpheus. And maybe being alone allows us to gain definition of ourselves, to find out who we really are, like mother earth herself. So, take a deep breath. Go to the dining hall, sit down, and eat a meal alone.

Annie Dhal is a second-year in the College.