The Illinois Health Facilities and Services Review Board denied Trinity Health’s plans to open a new outpatient center. Local politicians and activists see the plan as part of Trinity’s attempt to close Mercy. 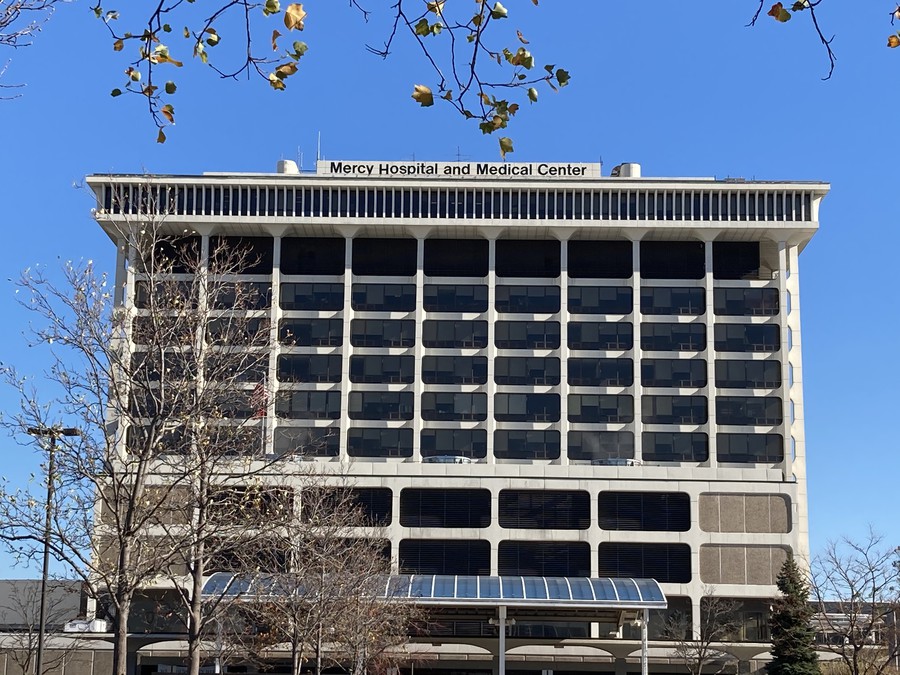 Mercy Hospital serves much of Chicago's South Side.

On Tuesday, January 26th, the Illinois Health Facilities and Services Review Board rejected an application by Mercy Hospital’s parent company, Trinity Health, to open an outpatient center on the South Side.

The $13 million outpatient center is part of a bid by Trinity to close Mercy Hospital, which has served Bronzeville and the greater South Side for over a century.

The board’s rejection of the outpatient center comes one month after it unanimously rejected Trinity’s plans to close Mercy. The board cited concerns about declining medical access on the South Side, especially during the COVID-19 pandemic, as a key factor in its decision. Activists fear that Mercy’s closure would lead to a “healthcare desert” on the South Side.

The proposed center would provide primarily diagnostic and preventative care, while no longer offering inpatient services like surgery and childbirth.

Trinity refers to this move as a “transformation” of services, claiming that it will be cheaper and more convenient for emergency and screening services than a conventional hospital like Mercy. According to Illinois Public Health data, however, Mercy currently provides primary care for 300,000 patients per year, while the proposed center would only treat an estimated 65,000 people annually.

“We have watched Trinity callously call the decimation of health care in our community ‘transformation,’” Alderman Sophia King of Chicago’s Fourth Ward said. “What they are calling transformative care is little more than imaging machines and urgent care.”

At Tuesday’s hearing, the state board voted 3–2 against the opening of the outpatient center.

Dr. Linda Rae Murray, a board member who voted against the center, pointed out that local healthcare providers, who would be essential for the proposed patient-transfer system, did not indicate their support for the project. She also claimed that Trinity would not have proposed the outpatient center absent their plans to close Mercy, suggesting that the center is merely a cost-saving measure by Trinity.

Board member Gary Kaatz voted in favor of the center, saying that the application was separate from Trinity’s closure plans and that outpatient centers have worked elsewhere.

Managers at Mercy say that the hospital loses $4 million every month, and fewer than half of its hospital beds are routinely staffed. Trinity has flirted with selling the hospital in the past, but without success.

Trinity has two weeks to submit more information to the board or request another hearing, and it also plans to appeal the board’s rejection of their closure plans at a hearing in March.