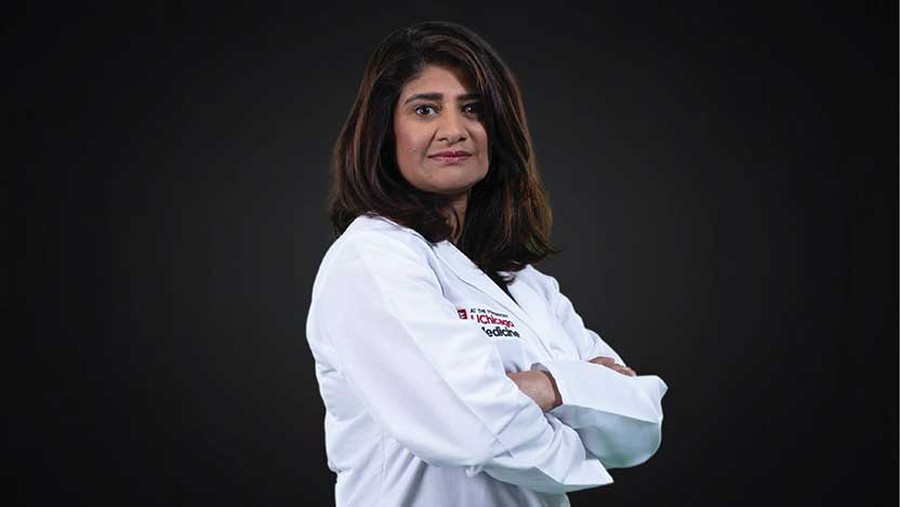 Dr. Sonali Smith, a UChicago Medicine staff member for more than 20 years, was appointed Chief of the Section of Hematology/Oncology on November 1, 2020. She is the first woman to be appointed to the position.

“I’m so honored and excited,” said Smith about her new role in an interview with The Maroon. “I believe so strongly in this section and this University that to be given this opportunity is incredibly humbling.”

Smith, who is recognized around the world as a leading expert on lymphoma therapeutics and who has been Director of the Lymphoma Program at UChicago Medicine since 2011, is uniquely qualified for the position, though she didn’t actively seek it out.

As Section Chief, she will manage a team of more than 40 full-time and 180 overall faculty members, in addition to directing clinical and research pursuits at large. “[Section Chief has] been a privileged position in the sense [that] you get to contribute to the direction of where the section is going on,” said Smith. “I’m really excited to be able to shepherd the field within our institution.”

Speaking on her status as the first woman to take on the role, Smith said, “I am very grateful to the selection committee, [for them] to really look at the person, the accomplishments, and be able to be selected amongst the pool of people who were looking at this position.”

Despite her appointment to the role, gender disparities are still a significant problem in medicine according to Smith. “I think women are underrepresented at almost every level of academic medicine. There's a lot of data that 50 percent of medical students today are women but only about 15 percent are Deans and only about less than 20% are Section Chiefs like I am. And that’s something that I think should change because it doesn’t really reflect society, so I am very honored to be a part of that movement.”

Smith also shared thoughts on how to increase the number of women who take on leadership roles. “It has to be an active process. There have to be role models—if you don’t see it, sometimes you don’t think you can be it. But it also takes active support and acknowledging that there’s a lot of unconscious bias against women that adds up over time and makes people feel like [they don’t] deserve to rise in the field. And that active support and active awareness comes from both men and women,” Smith said.

In transitioning to the new role, Smith will be facing new challenges. “One of the challenges with medicine is that I’ve never had training in management. This is academic medicine—we don't do an M.B.A., we don’t do HR, we don’t do these things, so you learn by trying to put structures in place so that people feel like they are a part of a team,” Smith said.

During her first few months as Section Chief, Smith said she has already “learned a lot about administration, contracts and negotiations, how to hire people, which I’ve never really done before, and seeing how each piece comes together to run a successful medical center.”