"Minari" Firmly Plants Itself Into the American Cinemascape 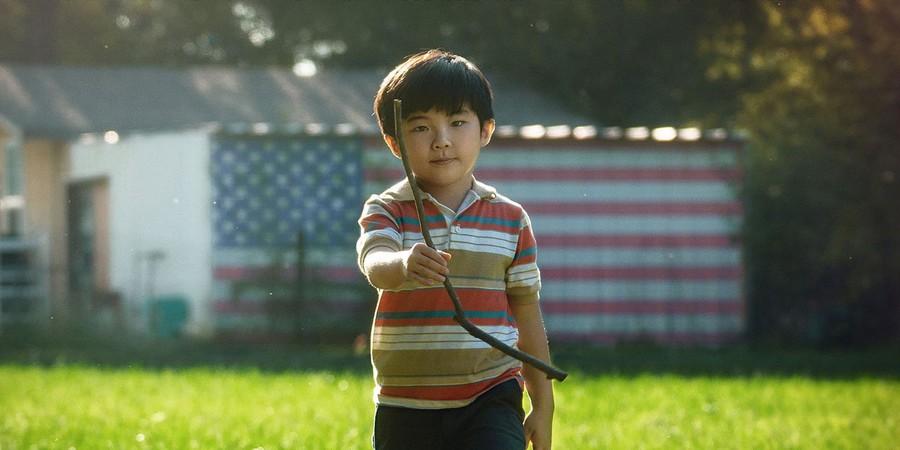 Yeun and Han provide excellent performances that expressively capture the couple’s rocky relationship, torn between providing stability and material comfort for their children and pursuing a dream of autonomy and self-sufficiency.

After being trapped inside a cramped apartment through a freezing Chicago winter, with unread books and unwritten essays piling up, nothing seems more appealing than running away and starting a farm. After all, it is (one version of) the American dream, filled with pastoral pleasure, independence, and a sustained relationship with nature. Minari, the latest film from director Lee Isaac Chung, explores a Korean-American family’s experience with just that. But, like the best-laid plans of George and Lennie from Of Mice and Men, things end up being a little more complicated than that.

Steven Yeun plays Jacob, a patriarch who uproots his family from a comfortable but dead-end life in a California poultry facility for fresh Arkansas soil. Accompanying him is his apprehensive wife Monica (Han Ye-ri) and their two children, David (Alan Kim) and Anne (Noel Kate Cho). The story mirrors Chung’s own experience as a young child, lending the film a sense of autobiographical realism.

Although things seem to start off well, tensions with the earth, their new majority-white community, and each other result in a compromise: Monica’s mother, Soon-ja (Youn Yuh-jung), is to leave Korea to come live with the family in Arkansas. Soon-ja brings a folksiness with her that the young children initially reject. David yells that she is “not a real grandma,” because “real grandmas bake cookies and don’t curse.” However, they eventually learn to accept her as family.

David and Soon-ja have a charming relationship, with his introducing her to American pleasures like Mountain Dew and her connecting him with his Korean heritage by teaching him to play cards and where to plant the titular minari herb. They go on walks together, and she feeds him antler stew to strengthen his weak heart. This heart problem is initially a detail that feels like little more than character depth, but eventually serves as a narrative device that guides the film’s powerful climax.

The film subtly deals with issues of religion, poverty, race, and immigration in a way that feels true to one family’s particular experience, rather than trying to tell a universal story of Asian identity. When Monica tires of her lack of community, Jacob takes them to church. Although their experience is awkward and full of microaggressions, the predominantly white Arkansas community genuinely welcomes them into their flock. On their drive home from church, they encounter Paul (Will Patton), an impoverished veteran of the Korean War who sometimes works with Jacob on the farm. He carries a cross on his back, walking up and down the street as his form of church. The film could have easily treated Paul as a caricature of the rural and highly religious, but instead he is treated with respect. Differences in temperaments and life experiences do not get in the way of Paul and Jacob having one of the more unique and compelling relationships of the film. This deft approach to social issues keeps the film engaging and provides stakes for the family’s journey while also maintaining a tender and family-friendly atmosphere.

The relationship between Jacob and Monica also deserves praise. Yeun and Han provide excellent performances that expressively capture the couple’s rocky relationship, torn between providing stability and material comfort for their children and pursuing a dream of autonomy and self-sufficiency. While ultimately caring and good-hearted, the parents are not looked at with rose-tinted glasses. They fight constantly: Jacob yells at his children, threatens to hit David, and puts them in unnecessary danger several times. Nevertheless, David’s relationship with his father provides some of the best scenes of the film. After being unimpressed with a local farmer’s offer to find the best location for a well using a dowsing rod, Jacob tells David that “Koreans use their minds” to solve problems. David subsequently uses his mind to figure out that groundwater accumulates at low elevations and near trees, locating a perfect spot for their well.

If Minari suffers from any endemic flaw, it is, on occasion, perhaps overly saccharine. Some lines of dialogue and certain scenes feel a little too tender. But it is the sweetness of honey on fruit—maybe unnecessary, but indulgent and satisfying—rather than a sugar bomb. Anne also lacks character development in comparison with David. This could maybe be explained by the fact that the film is based on Chung’s own experiences and not his sister’s, but she still feels undeveloped. Despite these minor criticisms, Minari is an emotional, compelling, and near-perfect family drama. It shuns plastic profundity in favor of the richness of the everyday, showcasing the little daily miracles, illuminations, and matches struck unexpectedly in the dark that make life challenging but beautiful and worth it all.

Minari was released in theaters February 12, 2021.