Sophie: A Tribute to Tomorrow 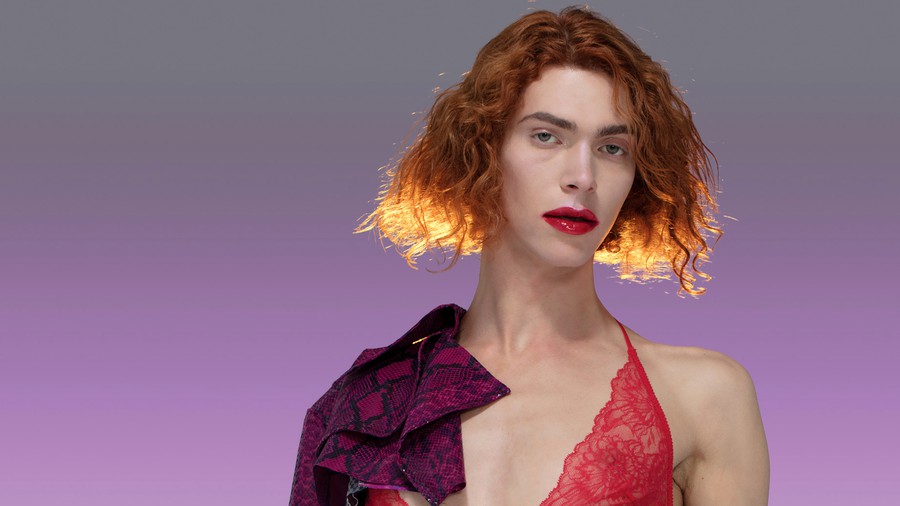 In a moment in which euphoria seemed unable to exist without a sort of world-weary cynicism, Sophie’s unrelenting rejection of the idea that one’s music (and persona) was an elaborate prank.

It’s 3 a.m. on a Saturday, and I’m at my wit’s end. In the past six hours, I’ve pored over tabs upon tabs of interviews, video essays, tweets, zines, academic papers, op-eds, and more music theory than I will ever care to know, but I’ve yet to find an adequate way to begin this tribute to Sophie, the musician and producer who died in an accident on January 30.

For one, the past tense is entirely irreconcilable with the music of Sophie Xeon.

If the allure of electronic music lies in its claim to create tomorrow, then the beginning of the 21st century marked a great crisis: The idea of tomorrow itself seemed to have been exhausted. The kind of technological and sonic rupture that redefined its own parameters (and in doing so, broke with current conditions) was gone, and all that remained were “givens, dehistoricised relics” that gestured towards an irreal, atemporal, retro-haloed era. (To put it more bluntly: There was a nonzero chance that, by 2021, all of pop music would still sound like some combination of 2013 Katy Perry, David Guetta, Adele, and Imagine Dragons, themselves permutations of Britney Spears and Backstreet Boys, etc. You get the idea.) Sure, there had been improvements in recording and production tech, but nothing sounded new. Every song was created from the same sample packs. Everything was a minimal variation on an already-familiar satisfaction. “We can’t hear technology anymore,” quipped the British critic and visual theorist Mark Fisher.

Every so often, the same question pops up in online forums for musicians and music lovers. How do I make music that sounds like Sophie? Which sample packs should I use? The answer, too, remains the same: You can’t, because Sophie doesn’t use them.

In an interview with Elektronauts, it was clear that Sophie wasn’t even speaking the same language as most other electronic musicians. “It seems wacky to me that most software is still designed around having drums/bass/keyboard/vocal presets for production,” the artist said. “The language of electronic music shouldn’t still be referencing obsolete instruments like kick drum or clap. No one’s kicking or clapping. They don’t have to!” Music, to Sophie, was not dependent upon traditional instrumentation or even real sounds. It didn’t have to.

When “Bipp,” Sophie’s breakout single, came out in 2013, critics were not sure what to make of it; Pitchfork chose to focus on the single’s relation to the ubiquitous beat drop that still had the music world completely entranced, or lack thereof. Some descriptors stick out, however.

These descriptions hint at what would come to define Sophie’s oeuvre: that it is viscerally material, and more importantly, that it is ecstatic and euphoric. How else could one describe music that is latex, balloons, bubbles, metal, plastic, elastic—the kind of music that somehow makes the world feel new again? How else could one understand the joyous reception that greeted Sophie’s music, if not against a backdrop of a culture whose ability to envision a future has ossified to the point that most music sounds like “a computer pretending to be a band from the ’70s”?

The brilliance, then, lay in the earnestness of Sophie’s music. Its alien, uncanny, somewhere-between-the-grids-of-reality fullness, sketched out whole new worlds—worlds where everything could be bigger, better, shinier, louder, happier—and Sophie apologized for none of it. In a moment in which euphoria seemed unable to exist without a sort of world-weary cynicism, Sophie’s unrelenting rejection of the idea that one’s music (and persona) was an elaborate prank, a satirical response to pop culture, or god forbid, something entirely ironic, was momentous. Here was a joy that had neither an ulterior motive nor a sense of irony; here was a joy that did not exist at the expense of anyone. The worlds that Sophie created had the capacity for a happiness that is entirely pure, infectious, and absolutely unthinkable.

As a queer, trans, and Asian dyke, I am rarely ever in a position where I can immediately and intimately connect to a work of art (despite that being my entire academic career), because the worlds that most art creates do not have a place for people like me. I can understand, explain, analyze, and appreciate them, but they are not my world. No matter how much I try to bridge the gap, and no matter how relatable or expressive these works are, they remain beyond my reach and the reach of other marginalized, underrepresented people.

There is something heart-wrenching and beautiful, then, in how the heart of Sophie’s alien soundscapes—alien in a literal sense, because again, how is it possible to hear latex?!, but also alien in their euphoria and honesty—is a sense of familiarity that transcends words. It is the kind of shared intimacy that’s only possible with someone who already knows exactly how we are feeling, what troubles and inflames us, and who we are. To borrow from Emily Alison Zhou, a transfeminine writer and music producer, I didn’t have to find a way towards Sophie’s art; I was directly invited into it, and when I arrived, I felt like I’d come home.

It is not really modernism’s job to imagine the exact contours of the future; rather, its role emerges when the seamless, formless present shatters into a million previously unimaginable possibilities. Here is the place where hope resides: the knowledge that things can be different. That alone, against all evils and tragedies, against the indeterminate darkness that often plagued the capital-F Future, has kept us alive since the days of the ancient Greeks. Perhaps it is fitting, then, to say that the Prometheus of our time was, in fact, the trailblazing producer—the brilliant artist—the savior of pop music, whose final gift to the world was a reminder of our ability to hope, to dream, and to create our own futures. A whole new world, for you and me.