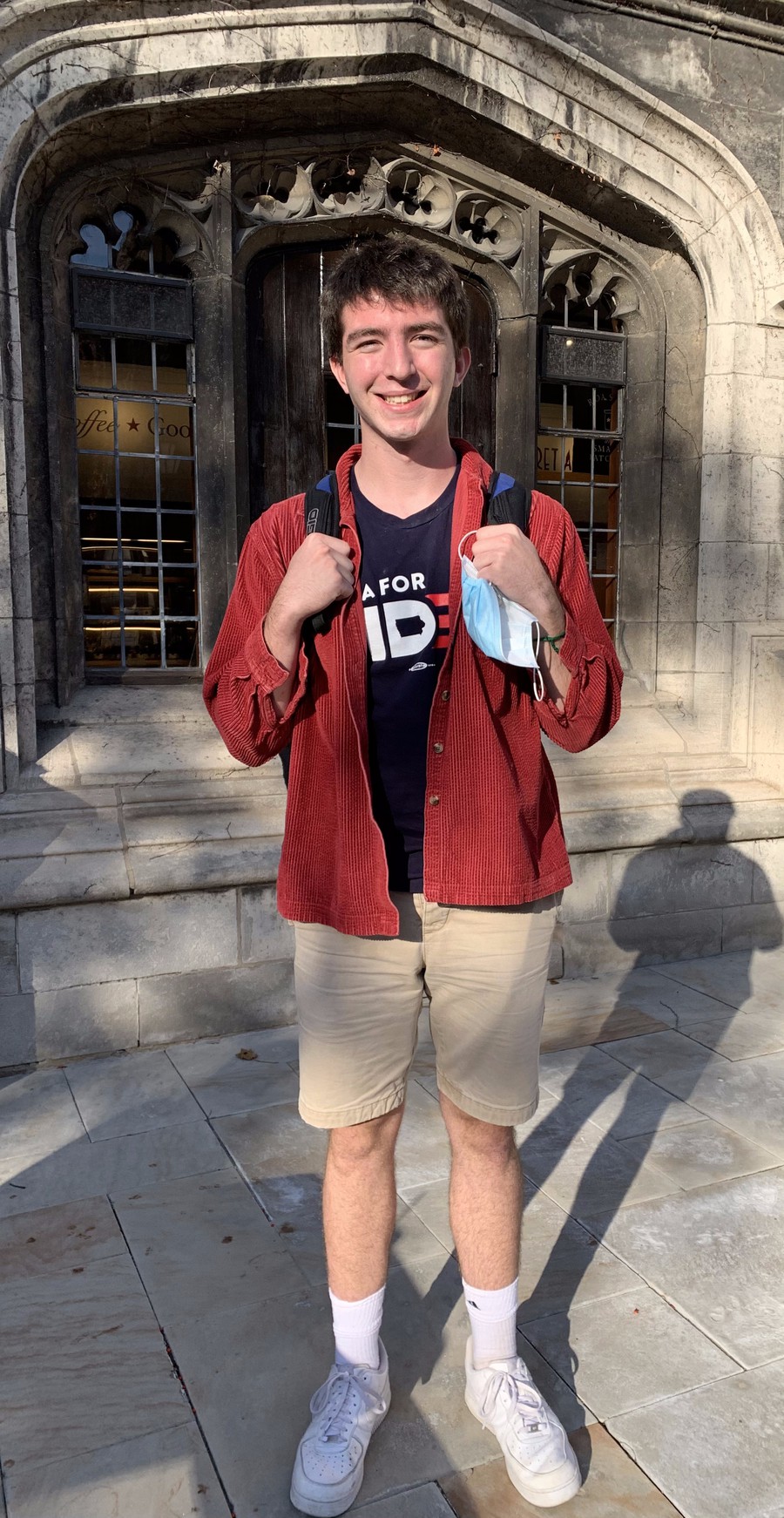 While Jasper Koota began talking about the friends he made while working for the Biden presidential campaign, the conversation resulted in him waxing poetic about his car. Koota was in Nevada when he got the news that the Biden campaign was suspending in-person events. He jumped in his car and drove from Arizona to his hometown of Delmar, New York. On the way, he slept in his car to avoid hotels and potential COVID-19 exposure. His relationship with his car, which he nicknamed Zeke, started when he first arrived in Iowa on the first day of his Biden campaign fellowship in September.

“It was September [of 2019] and I flew there with one duffel bag, which was so dumb.... My worldview has changed a lot. But I was coming with one duffel bag out of a very small town and I forgot how the world operated.… I was picked up at the airport and dropped off at this dude named Bruce’s house,” Koota said.

After being hired as a full-time organizer, he realized he needed a car to get around the state and later travel the country. Koota called Bruce to ask about getting a car that would fulfill his needs without breaking the bank. He was directed to a friend of Bruce’s who showed him a 2005 Ford Escape. Zeke was a bit of a fixer-upper, but accompanied Koota from Iowa to California. In March, Koota again took Zeke across the country, this time from Arizona to New York.

“I drove basically 3,000 miles from Arizona to New York. I was very afraid to sleep in hotels because at this point, we didn’t really know anything. I think the first night, I was sleeping in my car at a rest stop in New Mexico because it was terrifying,” Koota said.

His fondest moments over the last few months have included Zeke. He went on a pre-COVID road trip with his girlfriend at the time, ate chicken nuggets in the backseat before almost being towed, and watched the sunset every night during the long drive back. Koota smiled fondly when remembering the sunsets.

“It would be, like, three hours because that’s how long it took the sun to set, because of the big sky of the Southwest, and there’s just no mountains except the horizon, and you just watch all these different colors happen. Driving for so long was so boring, but every night there’d be a sunset to look forward to,” Koota said.