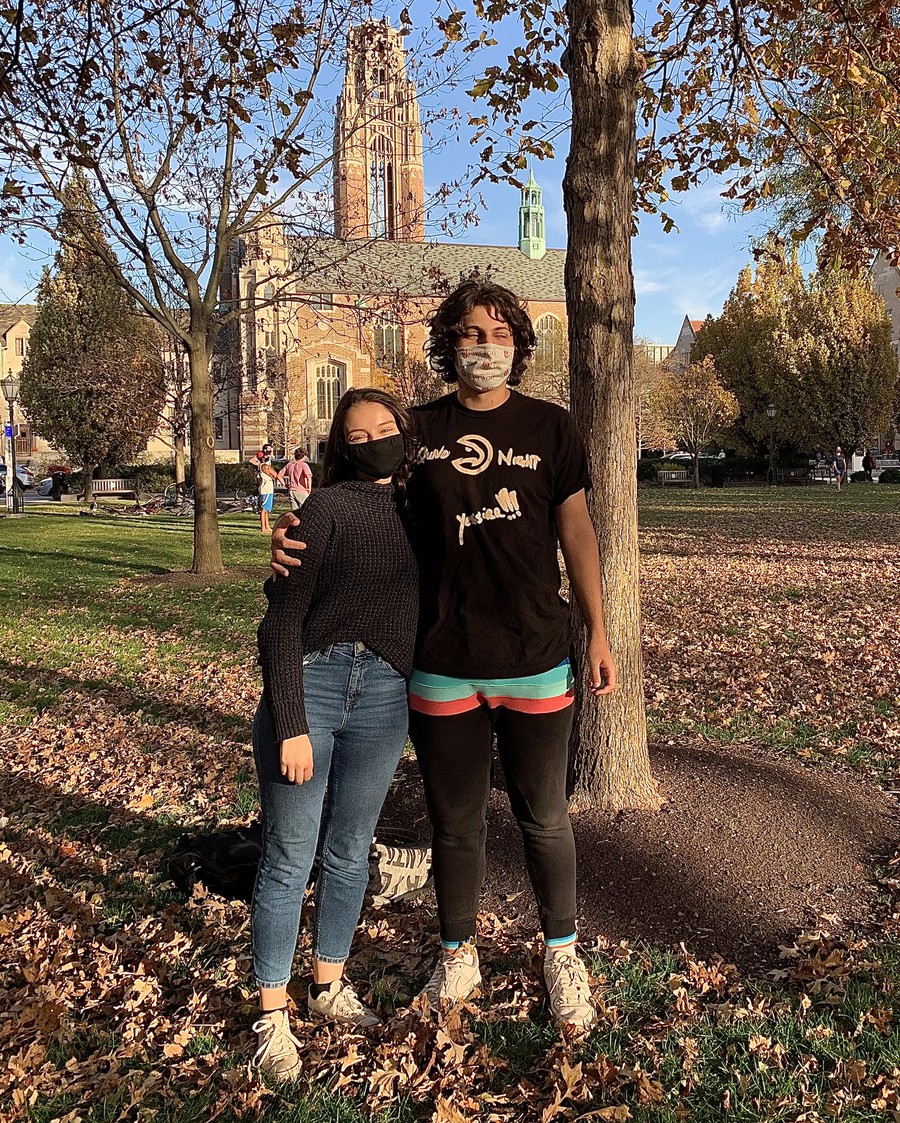 Madeleine Roberts-Ganim and Oscar Taub used to spend all day together before the pandemic. Roberts-Ganim and Taub, both second-years in the College, suddenly found themselves hundreds of miles apart when the University went remote for the spring quarter. The couple met during their O-Week and have been together for more than a year. However, quarantine forced them to change how they spent time together.

“Last year, we had a lot of the same friends. So, we were spending most of our time together, but together with our other friends. Over quarantine, even though we weren’t together, when we were calling [each other] it was just one-on-one time, which I think definitely made us closer,” Roberts-Ganim said.

On campus, seeing each other was simple because they lived in the same house and had a group of mutual friends. Once the pandemic hit in March, Taub flew home to Georgia while Roberts-Ganim drove home to Iowa. They found themselves FaceTiming, which allowed them to spend more one-on-one time talking together instead of interacting in group settings like they did in school.

“We would FaceTime or Skype every night for like an hour or two. So we just always talk and that really grounds me. It’s almost like if we were [physically] together for that long,” Taub said.

Neither Taub’s home state of Georgia nor Roberts-Ganim’s home state of Iowa have had travel restrictions at any point during the pandemic. Although many other states have at some point implemented travel orders or advisories, neither Georgia nor Iowa have done this at any point in the pandemic. Taub visited Iowa for one night and met Roberts-Ganim’s family over the summer; however, the trip, which was originally planned to last four days, got cut down to one day after Iowa’s caseload spiked and they made the choice to cut the trip short. Even though they only saw each other for a day, both Roberts-Ganim and Taub said they relished the chance to be together.

Later that summer, Roberts-Ganim moved to Chicago for the months of August and September before classes started. Taub would have been unable to go back home if he had decided to visit Roberts-Ganim, so his grandparents paid for him to have a short-term rental in Chicago nearby so they could spend the last few weeks before school together. Both Roberts-Ganim and Taub stayed in the city before moving into housing in Hyde Park.

“It was really great, before the school year started, just to have time to be with each other and not have to worry about school or anything,” Robert-Ganim said.