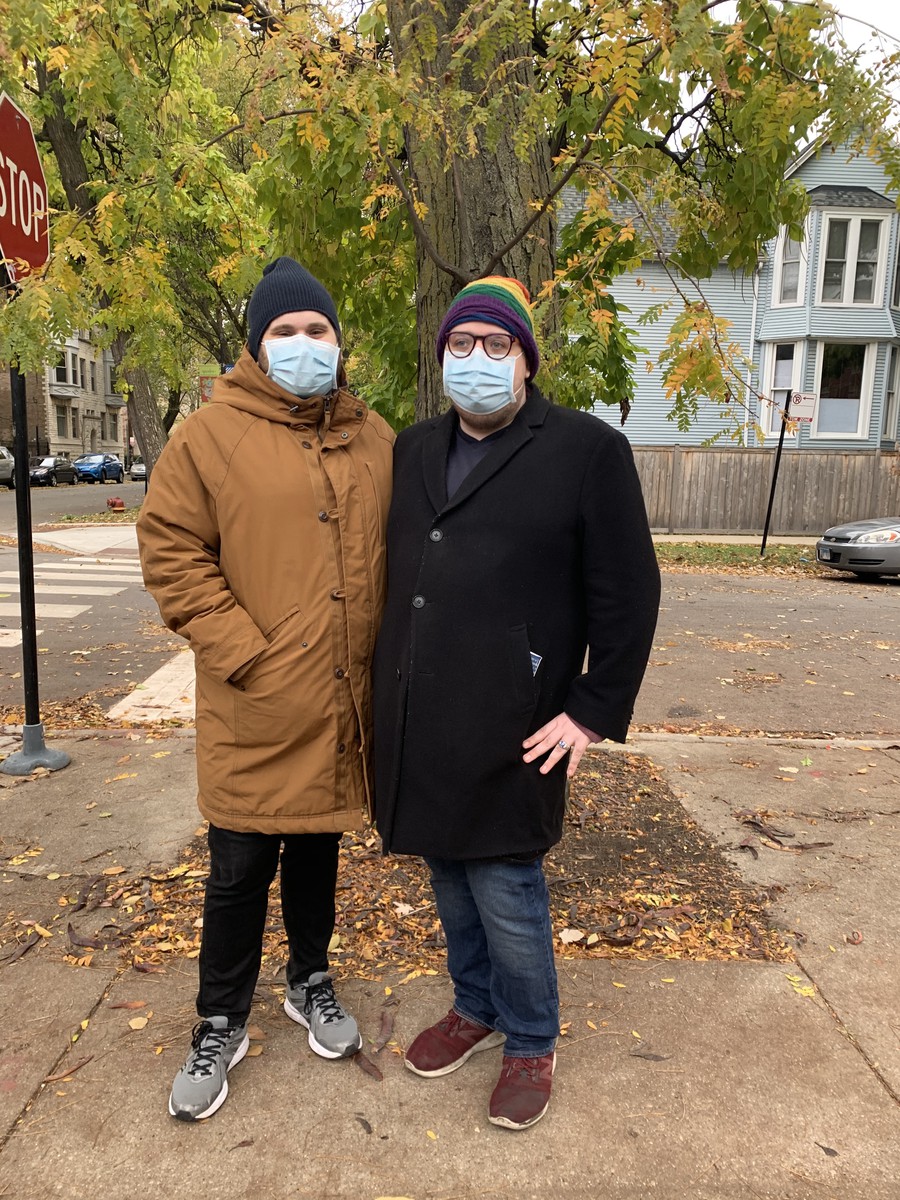 The COVID-19 pandemic has unfolded on an enormous scale. As of February 28, more than 244,337 positive cases of COVID-19 have been reported in Chicago alone since the city started keeping count on March 1, 2020. But it also played out moment to moment in people’s interpersonal lives. The Maroon spoke with members of the Hyde Park community about how the pandemic affected their relationships. Here are their stories.

For some, it felt like the walls were closing in. Graduate students Nick Taylor and Tommy Sodeman have been in a relationship for four years, but the pandemic quickly forced them to spend almost all waking moments together. Taylor lost his job as an intern in the Chicago International Film Festival for their education program.

“As soon as I lost my job I would say it had a pretty immediate impact, because it’s just like I was around the house more. I didn't have that much stuff to do,” Taylor said.

Financial stressors had already been impacting the relationship as Taylor’s internship was unpaid, but the loss of the internship cut Taylor off from finding a paid position. On top of that, the constant presence of another person became slightly annoying. With Taylor home all the time, Sodeman felt the pressure of being in a relationship and seeing his partner all day.

“You are still your own individual person, so just being in the same apartment, all the time, has been a little stressful sometimes, but not all the time,” Sodeman said.

Taylor and Sodeman each found the newfound togetherness to be a mix of good and bad experiences, as the pandemic offered a chance for the couple to slow down and appreciate each other in a new light. Even though they had spent so much time together, they still stood close and looked to each other when answering *The Maroon*’s questions.

“If you’re gonna be stuck with someone for almost a year, you either have to come out the other side with them or without them. And I think it's turned out pretty well,” Sodeman said.