Rotten to the Core: It’s Time for a Science Makeover

The science Core—which spews random facts and tests students’ memorization—fails to teach us how science works. 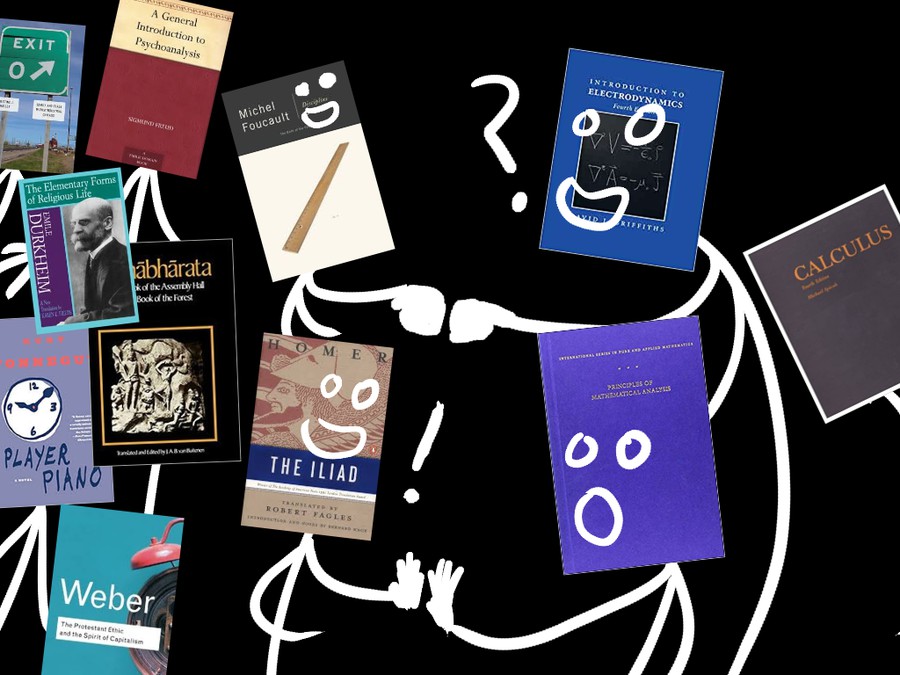 The Core needs more science. Or maybe just a different type of science. At the moment, the four science classes mandated by the Core often fail to convey how science works, focusing instead on conveying facts about interesting topics to people who are trying to avoid actual science as much as possible. If the University truly wants to fulfill the promise of the Core, it needs to focus on science literacy and the practice of science.

I am a humanities major: English and Fundamentals, two of the most humanities-y humanities departments at the University. I’m done with the Core now, and, honestly, I’ve taken the easier route here and there for the science requirements. Apes and Evolution, Earth as a Planet, and Natural Hazards fill out my transcript, so I’m well versed in the “science-for-non-science-majors” type of class. Perhaps you’ve taken some of these classes. They’re some of the most popular that the University has to offer. If you have, you’ve probably noticed a difference between them and the other core classes you had to take. These classes are focused on facts, on information, and, above all, on memorization. They are about the what of apes, Earth, tornados, insects, and so on. In Hum and Sosc, along with learning about the topics of the class, you are meant to learn how to write argumentative essays and assess arguments. Whether or not you actually do, the intention is there, hence those writing seminars. These classes are meant to teach you skills that transcend the specificities of the subject matter, skills that underlie the academic humanities: analysis, argument, essay writing.

Science allows us to understand the world through certain systematic methods, especially experimentation and prediction. It is not a collection of facts about chimpanzees, Mercury, and the jet stream. Those are the results of science. The science classes I have taken are all about the results of science. Their finals test memorization, not creativity, experimental design, data analysis, or any of the other bedrocks of science. At the end of my Poetry and the Human class, I had to write an essay on a poem, putting theory into practice. I didn’t have to write down six poems from memory.

The fact that Core science classes at UChicago are all about memorization means that we never truly get into science as a practice, as a process. The result? A potential mistrust in and misunderstanding of science. Science denial arises from a perception that science is a collection of facts that are dictated to the world by people in funny coats. And even though the University is obviously concerned about people mistrusting science, they’re going about it all wrong. Look at those science Core classes. In Natural Hazards I was firmly informed that, yes, global warming exists; in Apes that humans did indeed evolve; and, most hilariously, Earth as a Planet spent a fair chunk of time driving home that the Earth is round. It is as if the University has decided to combat some of the most reported-on forms of science denial: climate denial, creationism, and flat-Earthism. It’s an honorable mission, but Core classes that prioritize memorization are the wrong way to go about it. Trust in science relies on trust in the scientific method, which requires an understanding of how and why it works. It relies on students knowing how to identify that an experiment was well set up and what statistical significance is.

Core science classes should be reformatted to focus on experimental results and mathematical interpretations of those results. Science requires modeling, statistical interpretation, and robust experimental design. It does not require knowing that silverback gorillas weigh 350 lbs. You wouldn’t teach someone how to argue by telling them about famous arguers, so why teach science by making us memorize facts about apes? Core science classes should be about how and why science works, and how to evaluate scientific results and claims. They should expose students to important concepts in science, and teach them how science is done, rather than what it does.

Andrew Farry is a third-year in the College.