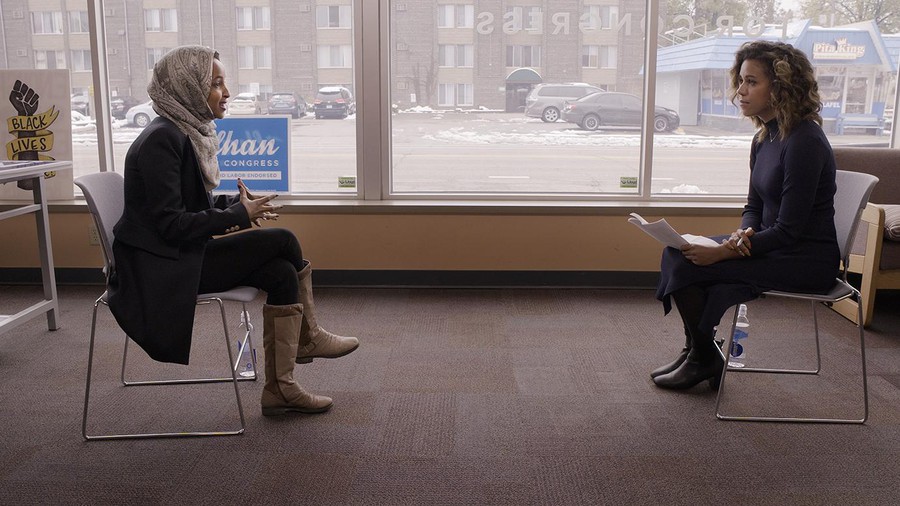 Courtesy of Axios on HBO

Political journalist Alexi McCammond (A.B. ’15), who was slated to take over the role of editor-in-chief at Teen Vogue on March 24, resigned from the magazine on Thursday, March 18, over backlash against racist and homophobic comments she made on Twitter during 2011–12.

McCammond announced the decision in a statement posted to Twitter. “My past tweets have overshadowed the work I’ve done to highlight the people and issues that I care about—issues that Teen Vogue has worked tirelessly to share with the world—and so [Teen Vogue publisher] Condé Nast and I have decided to part ways. I should not have tweeted what I did and I have taken full responsibility for that,” she wrote.

The now–27-year-old McCammond made her name while working as a political reporter at Axios. She was known for her coverage of the 2018 midterm election and Joe Biden’s presidential campaign last year. In 2019, the National Association of Black Journalists named her the emerging journalist of the year. McCammond would have been the third Black editor-in-chief at Teen Vogue, which has expanded its coverage in recent years to include political and social activism reporting in addition to its fashion and culture coverage.

Just days after Condé Nast announced McCammond's hiring on March 5, screenshots of the offensive tweets, which included references to stereotypes of Asian people and terms such as “homo” and “gay” in derogatory fashions, resurfaced on social media.

According to The Daily Beast, one of the since-deleted tweets reads, “Now googling how to not wake up with swollen, asian eyes.” Another says, “Give me a 2/10 on my chem problem, cross out all of my work and don’t explain what i did wrong..thanks a lot stupid asian T.A. you’re great.”

Twitter users first recirculated the tweets in question in November 2019, after McCammond tweeted about offensive comments basketball player Charles Barkley made to her. McCammond deleted the tweets and apologized, tweeting, “Today I was reminded of some past insensitive tweets, and I am deeply sorry to anyone I offended. I have since deleted those tweets as they do not reflect my views or who I am today.”

In 2011, when she authored the offending tweets, McCammond was a first-year QuestBridge Scholar at the University of Chicago. McCammond told UChicago News that she came to UChicago aiming to become a doctor. During her time in the College, however, she changed directions and began working in political journalism. She studied sociology and wrote for the undergraduate political publication The Gate.

During the most recent social media backlash, The National Pulse, a right-wing news website, published a photo from 2011 of McCammond in Native American costume at a Halloween party. A Condé Nast executive said that the company was aware of the racist tweets but not the homophobic tweets or this photo.

The resurfacing of her tweets came amid national attention to hate crimes against the Asian community. On March 8, more than 20 Teen Vogue staff published a statement on Twitter, saying that they wrote a letter to the Condé Nast management condemning the hiring decision. “In a moment of historically high anti-Asian violence and amid the ongoing struggles of the LGBT community, we as the staff of Teen Vogue fully reject those sentiments.”

McCammond apologized for her tweets in an internal note sent to Teen Vogue staff on the same day. “This has been one of the hardest weeks of my life, in large part because of the intense pain I know my words and my announcement have caused so many of you,” the statement reads. “I’ve apologized for my past racist and homophobic tweets and will reiterate that there’s no excuse for perpetuating those awful stereotypes in any way.”

Condé Nast initially defended McCammond. In a statement sent to The Daily Beast on March 8, a spokesperson said that “two years ago she took responsibility for her social media history and apologized.”

On Wednesday, March 17, after six women of Asian descent were killed in shootings at the Atlanta area the previous day, Roger Lynch, Condé Nast’s chief executive officer, sent a memo to staff members, acknowledging the impact of the rising hate crimes on the Asian community. One in 10 employees at the company identified as Asian, the memo said.

One day later, McCammond announced her decision to leave the new position before her start date. A Teen Vogue statement published after her announcement wrote, “We’ve received many questions regarding Condé Nast’s appointment of Alexi McCammond at Teen Vogue, and more specifically the racist and homophobic tweets she made against the Asian and LGBTQ communities when she was a teenager. After many conversations, we no longer see a way forward together and have mutually decided to part ways.”