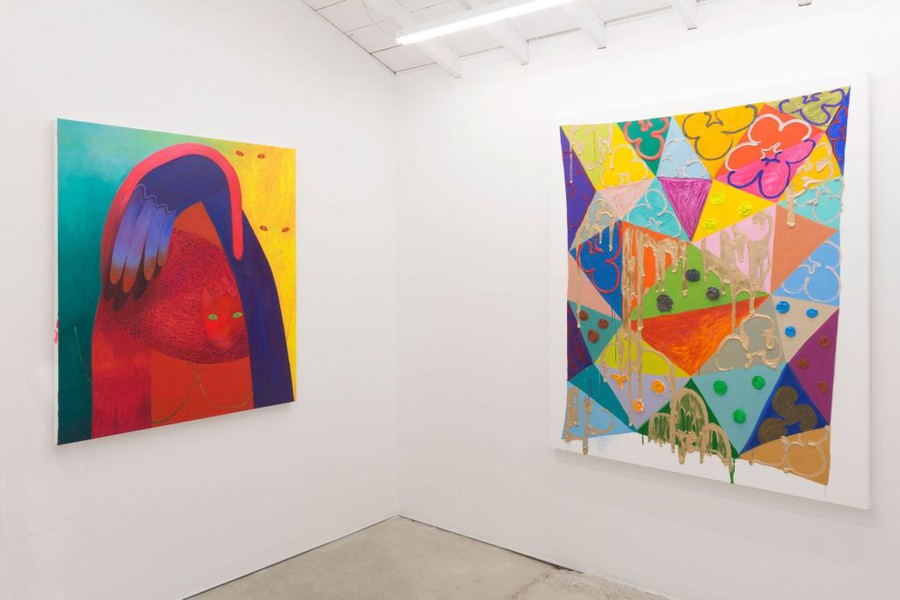 Allison Peters Quinn, director of exhibitions and residency at the Hyde Park Art Center, sits down with The Maroon to discuss the center, artist-run spaces in Chicago, and how to best support artists through the COVID-19 pandemic.

Chicago Maroon: How would you describe the Hyde Park Art Center’s mission, and what distinguishes it from other art centers of its kind?

Allison Peters Quinn: The Hyde Park Art Center’s mission is to stimulate and sustain visual art in Chicago, and it’s been doing this since 1939 when it opened its doors. It’s always been on the South Side, and it’s always been in Hyde Park, though in different locations. Our programs include education, exhibitions (including artist residency), and outreach. Everything we do is to support artists at every level.

CM: How about the Artists Run Chicago Fund?

APQ: The fund provides COVID-19 relief to 70 artist-run spaces in Chicago. It came out of an exhibition we did in September 2020 called Artists Run Chicago 2.0 [ARC 2.0], which was actually meant to be in March before the pandemic hit. The 50 artist-run spaces featured in [ARC 2.0] will receive grants, and the fund also decided to extend donations to 20 more spaces in a second phase.

ARC 2.0 was the 10-year anniversary of a show I cocurated in 2009 with Britton Bertrand, Artists Run Chicago, which was taking a pulse on Chicago’s artist-run contemporary arts scene: We had 36 artist-run spaces represented. Because the Chicago art landscape changes so much—it’s very much tied to the rhythm of an art career, as well as the five schools producing MFA artists in the city—I felt it was really important to document those spaces before they disappear. Artists tend to make their own spaces and their own opportunities because our commercial gallery scene is fairly small compared to other large cities.

Ten years later, there are so many more artist-run spaces in Chicago, so I felt like something was happening, something different in the scene, and before we lost that energy I wanted to document it. I say “document” to mean pause and summarize, but it was also important that we made some kind of publication. So we partnered with Public Media Institute to create an issue of the free magazine Lumpen with maps of these artist-run spaces, because a big part of [ARC] is letting people know that these spaces exist in their neighborhood, in their communities—maybe it’s their neighbor, and they don’t even know it. We wanted people to go to those spaces, see the art, meet the artists, and feel that there is this creative energy that they can tap into.

CM: When you say artist-run space, what exactly does that mean?

APQ: I’m throwing out the word space, but really that could be a platform, a project—they don’t physically have to have a space to operate out of, and that’s what’s so beautiful about the scene I was describing. One space called Western Pole, their gallery is a light pole on Western Avenue. They put an installation of artwork on that pole every couple of weeks and that’s their program. The visitor experience is unassuming and immediate. Sometimes the artwork disappears or falls down or gets taken because it’s out in the elements. But you also have your traditional galleries, such as Document, by Aaron Gent. Gent, a photographer, has been running this space in the West Loop for 10 years, and participates in art fairs and is pretty traditional in how he goes about accomplishing things. We’ve also worked with the Sweet Water Foundation, which is a community garden and cultural campus that is redeveloping an area of Englewood on the South Side. Art practice can include socially engaged art or working with the community to make change, as long as there’s documented proof that art and artists are involved. We really wanted to show the breadth of these different spaces—there’s no right or wrong way. I don’t know that these spaces, especially these really experimental spaces, could exist in other places. I think something about Chicago makes it possible.

CM: How recently was the fund created and provided to HPAC? Is all the funding from a single donor?

APQ: All $560,000 is from one anonymous donor. The grant is specifically to provide COVID-19 relief and get support into artists’ hands as soon as possible. There has been a quick turnaround: they contacted us in November, and we’ve already released about 25 grants since the fund was officially announced on February 1.

CM: Why did HPAC choose to fund spaces and collectives, rather than individual artists?

APQ: Artist-run spaces are at the root of cultural production in the city. The donor wanted to make sure that relief wasn’t only going to larger institutions but to artists running spaces for other artists. The artist-driven initiatives featured in [ARC 2.0] have ambitious ideas and are fast to realize them. This money allows them to refresh projects they may have had to pause during the pandemic, perhaps to accommodate the changing needs of their communities. This grant was a direct way to get the money infused deep into Chicago’s many neighborhoods and to the artists who work there.

CM: There must be more artist-run spaces in Chicago than HPAC could choose for the original show. How were these spaces chosen, and as the fund expands to its second phase, what are you looking for in the 20 new spaces?

APQ: Originally, ARC 2.0 was about telling a story of the network of [artist-run] spaces, and about the diversity of these kinds of spaces, and how they function in collaboration. We were looking at geography as well, to accurately document that these spaces exist all across Chicago and not just on Milwaukee Avenue. That’s where the scene primarily was when we made the first exhibition 10 years ago, but it’s more fanned out now, which is very interesting.

Now, we’ve put together guidelines to make the fund more expansive and better represent the equity goals of the Hyde Park Art Center. There were a lot of artist-run spaces we weren’t able to include in the show, having a limited amount of gallery space, but they still deserve recognition and support. With the next round of grants, we are prioritizing support towards spaces run by and for BIPOC [Black, Indigenous, and people of color], queer or women artists, or artists with disabilities.

CM: How best can we support artists in times of pandemic, and in general?

APQ: In general, just by buying artists’ work. People tend to think artwork is thousands of dollars, but emerging artists are selling drawings and works on paper and photography for really accessible prices. What you pay to frame a mass-produced poster of a painting could be more than the price of an actual hand-made artwork. By going to exhibitions and programs in these neighborhood art spaces, you can find original and affordable artwork by local artists. And especially during the pandemic, many of these spaces have been hosting fundraisers and selling work through their websites. Hyde Park Art Center’s website for the Artists Run Chicago 2.0 show has links to the spaces that are nonprofits and can take tax-deductible donations.

CM: Where should someone interested in the Chicago art scene pay particular attention as the scene evolves?

APQ: That’s the tricky part—there isn’t one place to look. The Lumpen issue we made has a map of spaces, and on our website for Artists Run Chicago, there’s a Google map with all the spaces pinned. I’d recommend starting with looking in your neighborhood; almost all of these spaces have websites, Facebook pages, and Instagram accounts.

In Hyde Park specifically, there are a couple of spaces we included in our exhibition: The Silver Room on 53rd, who runs the Silver Room Block Party during the summer, is a flourishing business as well as a supportive hub for artists on the South Side. Owner Eric Williams includes artists in the block party every year, and programs exhibitions in his retail space, which provides an exciting space to find fashion, music, and visual art in conversation.

Fourth Ward is another space that’s existed for about 10 years now in the basement of a three-flat apartment building close to Kimbark Plaza so it’s deep in the neighborhood. We really want people to understand that artists make these spaces and welcome the public. The ultimate goal of ARC 2.0 is to get people to look up these schedules and visit these spaces. Besides funding spaces with half a million dollars, of course.