Listening to "Fearless (Taylor’s Version)" is at once exciting, nostalgic and bittersweet. Arts Editor Isabella Cisneros breaks down the re-recording of one of this century’s most iconic albums. 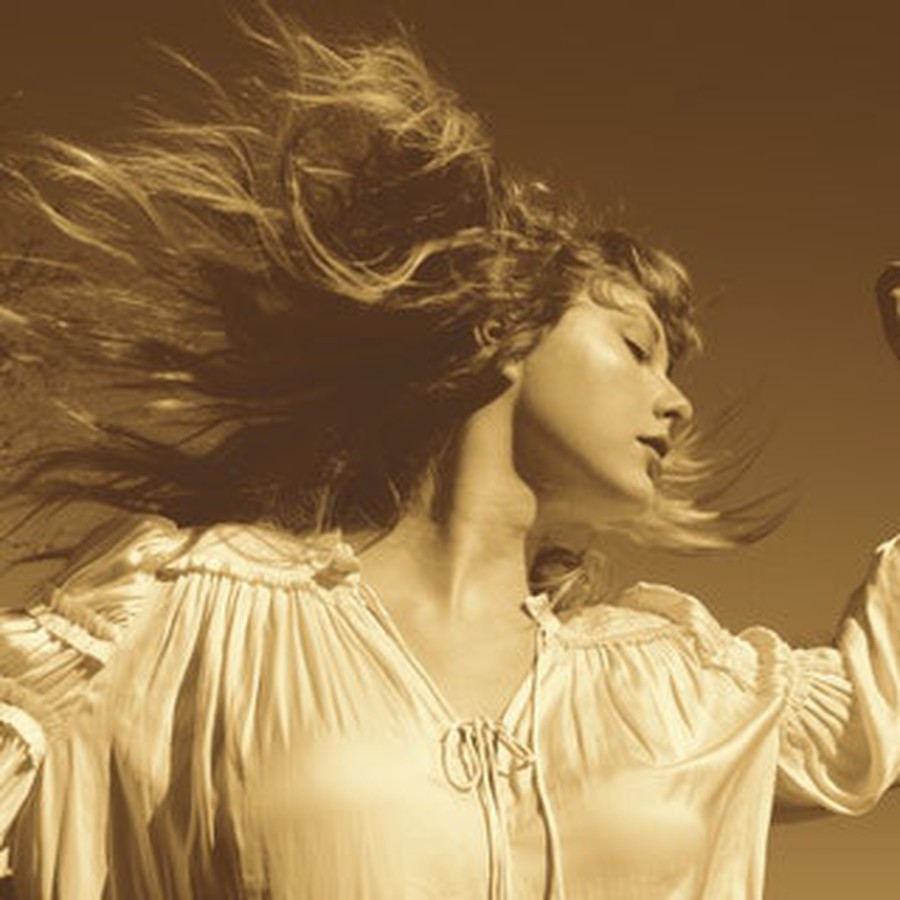 "Fearless (Taylor's Version)" is the first of a slew of albums that Swift is re-recording.

2008 is calling. Over a decade after its original release, Taylor Swift has re-recorded one of her most successful albums to date: Fearless. The record marks the start of the singer’s ongoing campaign to re-record her first six albums, from Taylor Swift to Reputation.

For those wondering why Swift is re-recording her old albums, the issue stems from the singer’s contract with Big Machine Records, her first label. Swift was signed to Big Machine at 15, and at the time of signing, agreed to a contract to produce six albums that would remain under the ownership of the label. Once this contract ended, the label failed to negotiate a new contract with Swift, supposedly due to the fact that she had the intention of reacquiring her existing records. The singer eventually signed with Republic Records, and now owns every album she has produced with them. The issue wasn’t over, however. In 2019, Big Machine was sold to Scooter Braun’s Ithaca Holdings. This created several issues, in that Swift was allegedly not informed of the sale, was prevented from attempting to buy her masters in the first place, and saw her life’s work placed in the hands of a person who, along with his client Kanye West, had harmed her on multiple occasions. Swift publicly condemned this turn of events in her promotions for her 2019 album Lover, and soon after announced her intention to re-record her masters in order to regain her ownership of these records. Of course, these re-recordings were preceded by the surprises that were Folklore and Evermore’s releases last year, but now, at last, we have been graced with the first of the re-recordings: Fearless (Taylor’s Version).

Fearless occupies a unique position in the singer’s repertoire. While only her sophomore album, it garnered critical acclaim and widespread popularity. In fact, it’s the most awarded country album ever, having won Album of the Year at the Grammys, the Country Music Association Awards, and the Academy of Country Music Awards. It’s also one of the best-selling albums of the century, having sold more than 12 million copies worldwide. Yet, who better to speak of this album’s influence than those of us who fawned over the “You Belong with Me” music video or sung along to “Love Story” when it played on our radios? These days, Swiftie or not, you’d be hard-pressed to find someone unfamiliar with these tracks. Fearless is an album that captures the nature of being a teenager in love so vividly, it’s no surprise that these tracks have taken on a life of their own.

On first listen, I was surprised at how similar Swift’s voice sounded compared to that of her younger self. That may not seem surprising to some, but given how her voice has matured, I wasn’t sure how she would approach the higher registers that characterize some of Fearless’s tracks. In some cases, there is a noticeable difference: “Forever and Always (Taylor’s Version)” is in a slightly lower register than that of its predecessor and Swift’s signature country lilt isn’t as prominent as it used to be, either. Other tracks are so similar, however, I wasn’t sure if I was listening to the re-record or the original; this was especially the case with “The Way I Loved You (Taylor’s Version)” and “Tell Me Why (Taylor’s Version).” Overall, the production is sharper too––the instrumentation is clear and not as cacophonous as the original. As a long-time fan, I found it fun to pick up on the subtle differences between the two versions and see the ways in which Swift has fine-tuned her work and made it anew.

Fearless (Taylor’s Version) isn’t just a re-recording, however; the album also features “vault songs,” tracks that Swift wrote at the time but never released. Leading up to the release of the record, Swift teased fans by releasing a cryptic video (that, as per usual, was decoded in record time) on social media hinting at the vault songs that would be featured on the album. This was soon followed by the release of “You All Over Me (Taylor’s Version)” featuring Maren Morris and “Mr. Perfectly Fine (Taylor’s Version),” the latter of which was a pretty eviscerating callback to what appears to be the singer’s break-up with Joe Jonas. Its release led Sophie Turner, Jonas’s wife, to post a story on Instagram saying, “It’s not NOT a bop.” The track, and Turner’s reaction to it, led fans to make memes about the singer’s ex-boyfriends and their would-be reactions to vault songs. While made in good fun, the release of new songs about exes from the singer’s past does raise the question of whether we may see a resurgence in sexist media criticism of Swift’s dating life. Just a month or so ago, Netflix show Ginny and Georgia made a sexist joke at Swift’s expense; clearly, those days aren’t as far behind us as we might have thought. The rhetoric surrounding these re-recordings will be one to be wary of as more albums come our way.

Despite initial mixed feelings from Swift’s fan base about re-records, Fearless (Taylor’s Version) has been accepted with open arms. In its first week, Fearless (Taylor’s Version) marked 291,000 equivalent album units, which takes both album sales and streams into account. The record marks Swift’s ninth Billboard 200 No. 1, tying her with Madonna and putting her second only to the current record holder, Barbara Streisand. The singer also shattered records in the U.K. charts, overcoming The Beatles to set a new record for the fastest accumulation of three albums that went to Number 1. Considering that Swift is just getting started on her re-recording campaign, one can only imagine just how much more the singer is going to accomplish in the coming months.

All in all, listening to this album is bittersweet. I only really began listening to Taylor Swift when she released Red, so I never had the opportunity to experience the earlier albums the way I did the latter. It’s exciting to be able to relive this era alongside fans old and new, as well as revisit quirks of Swift’s previous album releases; for example, while no longer a feature of her latest releases, Swift used to capitalize random letters in the album booklet inside of the CD to reveal secret messages to fans. In her initial announcement of Fearless (Taylor’s Version), Swift used this method to reveal the date of the release. It’s the little details like these that make being a fan of the singer so wonderful. Despite the opportunity to experience this record in a new way, however, I think I’ll always remain a little nostalgic for the original.

For those wondering what record is up next, Swift’s odd interview with Stephen Colbert seems to indicate 1989 will be the next album to get the re-record treatment. Fans are also hypothesizing that HAIM will feature on the record after seeing a pizza on Swift’s mood board for the interview, which seems to reference an Instagram post made about the singer’s feature on HAIM’s “Gasoline.” Given the number of features on this album, ranging from Colbie Caillat to Kevin Urban, fans have taken to social media to talk about who they would like to see feature on 1989 (Taylor’s Version). Will we get a “Style (Taylor’s Version) featuring Harry Styles”? One can only hope, but rest assured, the singer will continue to find inventive ways to subvert our expectations as she revisits her work.