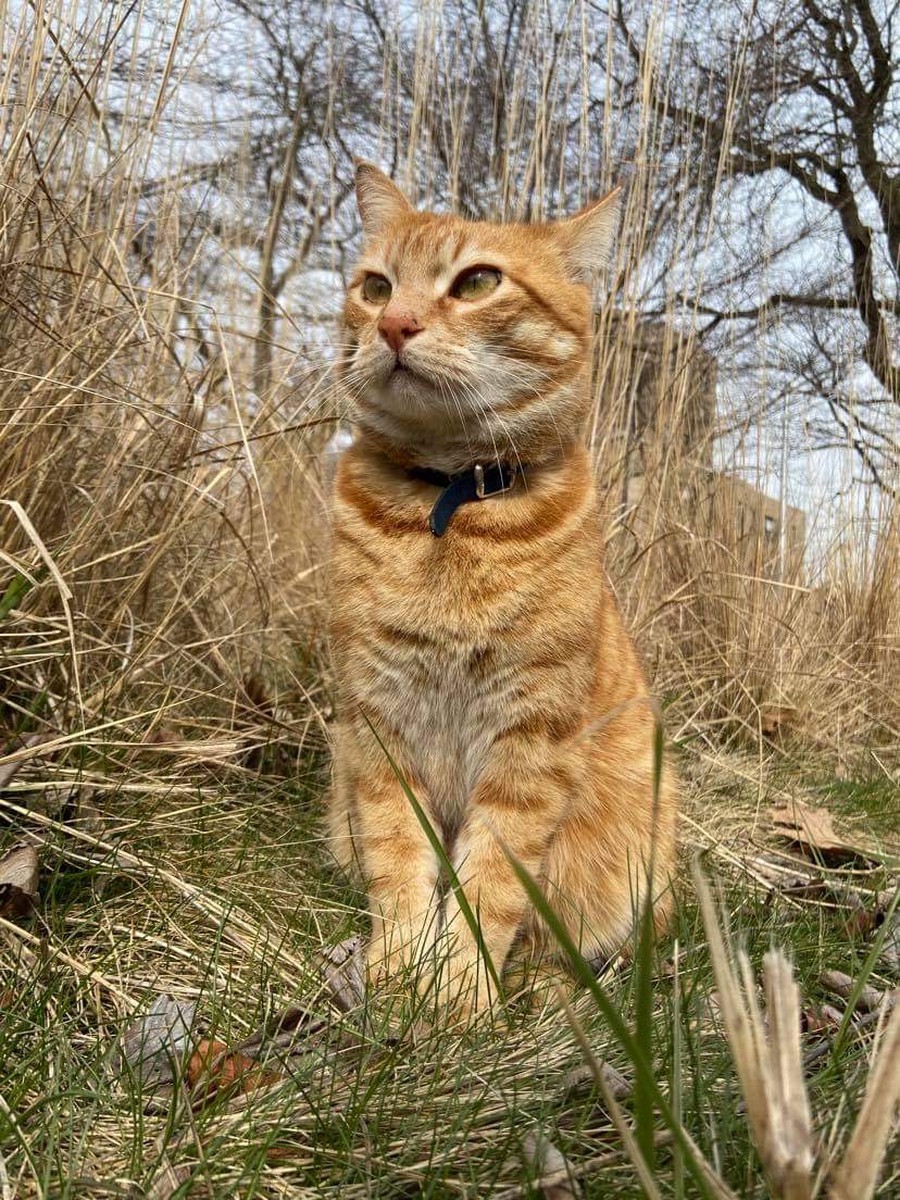 There is an adventurer among us. He has traversed the snowy streets of Chicago and the rainy lowlands of the Netherlands. He often braves the terrains alone, soliciting the help and friendship of local passersby. He is a bit of a celebrity, and despite the saying, he’s managed to stay very much alive while being an immensely curious feline. I am, of course, talking about Nestor, the beloved, bilingual Midway Cat. The orange tabby, who responds to both English and Dutch, has amassed quite the following, with over 2,000 followers on his Instagram account, @nestorthemidwaycat.

Despite his many skills, Nestor isn’t quite capable of posting on his own, but luckily for him—and all of us—he’s enlisted the help of third-year and cat connoisseur Devon Wenzel to share his stories. Their dynamic duoship began before Devon was even officially a student: she spotted Nestor during pre-O and again during move-in. Curious, she asked an older student and was told, “that’s the Midway cat.” Devon knew what she had to do. She made the Instagram later that day, and the rest is history.

Devon loves all cats, which makes sense given that it’s sort of the family business. In their free time, her family rescues cats and helps find them suitable owners, and her aunt even takes care of a colony of stray cats, visiting and feeding them daily. But our heroine had her doubts, and in fact, there was a point where she considered herself a dog person. (She still loves all animals, but when your Twitter name is Devon Loves Cats and your Instagram is @catslovedevon, you’ve kinda chosen a side). As a child, her cat Spot, more commonly known as Babycakes, scratched Devon and scarred her lip. But instead of allowing this to snowball into a cat-hating villain origin story à la Cruella de Vil, Devon found it in her heart to love Babycakes, along with all the other cats she has come across. 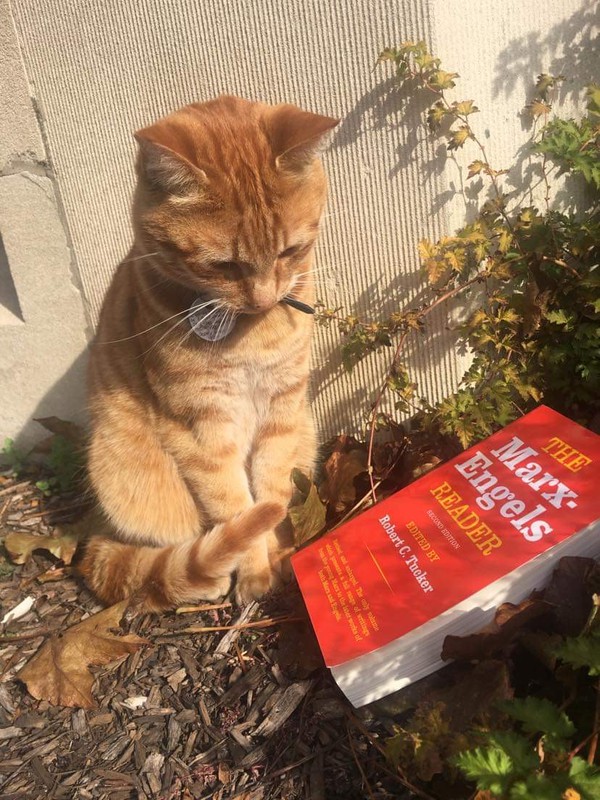 A little piece of UChicago cat lore that Devon recently shared with me is that there used to be a Rockefeller Chapel cat by the name of Modo (like Quasimodo, because…tower, I think, but don’t feel bad if you didn’t immediately get it. Me either. It’s cute though). He lived in the basement, and the door was marked with a piece of paper that read, simply, “Modo’s Cave.” Devon considered making Modo an Instagram when she first heard of him prior to her first year, but she worried that it would “be really extra to knock on [someone’s] door every day to bug [their] cat.”

And when she began Nestor’s fanpage, she really did post every day, although that’s not possible now because he’s back at home in the Nestorlands (the Netherlands). She does her best to get into his head, writing the captions from his perspective. Although she’s “unsure what it says about [her] that [she] roleplay[s] a six-pound orange cat,” it’s clear that the two are close. She knows a lot about him and is happy to share. If you ask, you’ll learn that Nestor is an excellent climber, can give you a fist bump, and is just a little bit weird. For example, though cats often don’t love large amounts of attention or affection, Nestor used to sit on a bench outside of Cathey and wait for people to pet him. On more than one occasion, he gathered a crowd, and people had to line up to get their turn. Devon attributes his love for human contact to his bizarre origin story: He was born in the wilderness of the Netherlands in a cat commune, and his owners had to go through an intense screening process to adopt him. 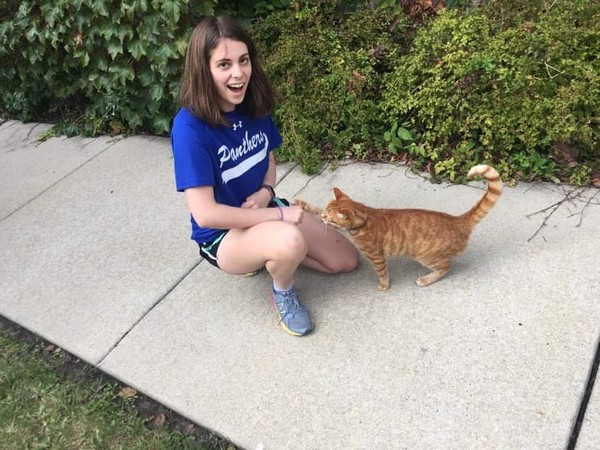 Devon herself went through some intense medical crises as she grew closer to Nestor. It turns out she’s pretty allergic to cats, to the point that she once ended up in the hospital with concerns about her eyes. Another time, she tore her ankle trying to get the perfect shot. Although all of this might have discouraged a less dedicated social media manager/storyteller/friend, it didn’t faze Devon. She even befriended Nestor’s owners, and sometimes, she’ll receive photos of him in the Netherlands just doing his thing: usually sleeping or chasing animals. She says one of her favorite things about running the account is how much joy it brings to other students—it’s a nice break from the never-ending crush of UChicago’s workload.

Her advice to other people looking to obtain moderate celebrity status by befriending an animal is to make sure you know what they want—Devon can intuit when Nestor does or doesn’t want to be photographed, and she’s sure to give him his space if he isn’t feeling super friendly that day. She wonders about what would have happened if she had arrived at UChicago just a little bit later—there could have been a Nestor TikTok. In any case, the Nestor Instagram we already have is certainly a claws for celebration.