MODA Makes Moves: After a Major Reimagining of their Magazine, MODA Continues to Uphold its Commitment to Creativity, Accessibility, and Diversity 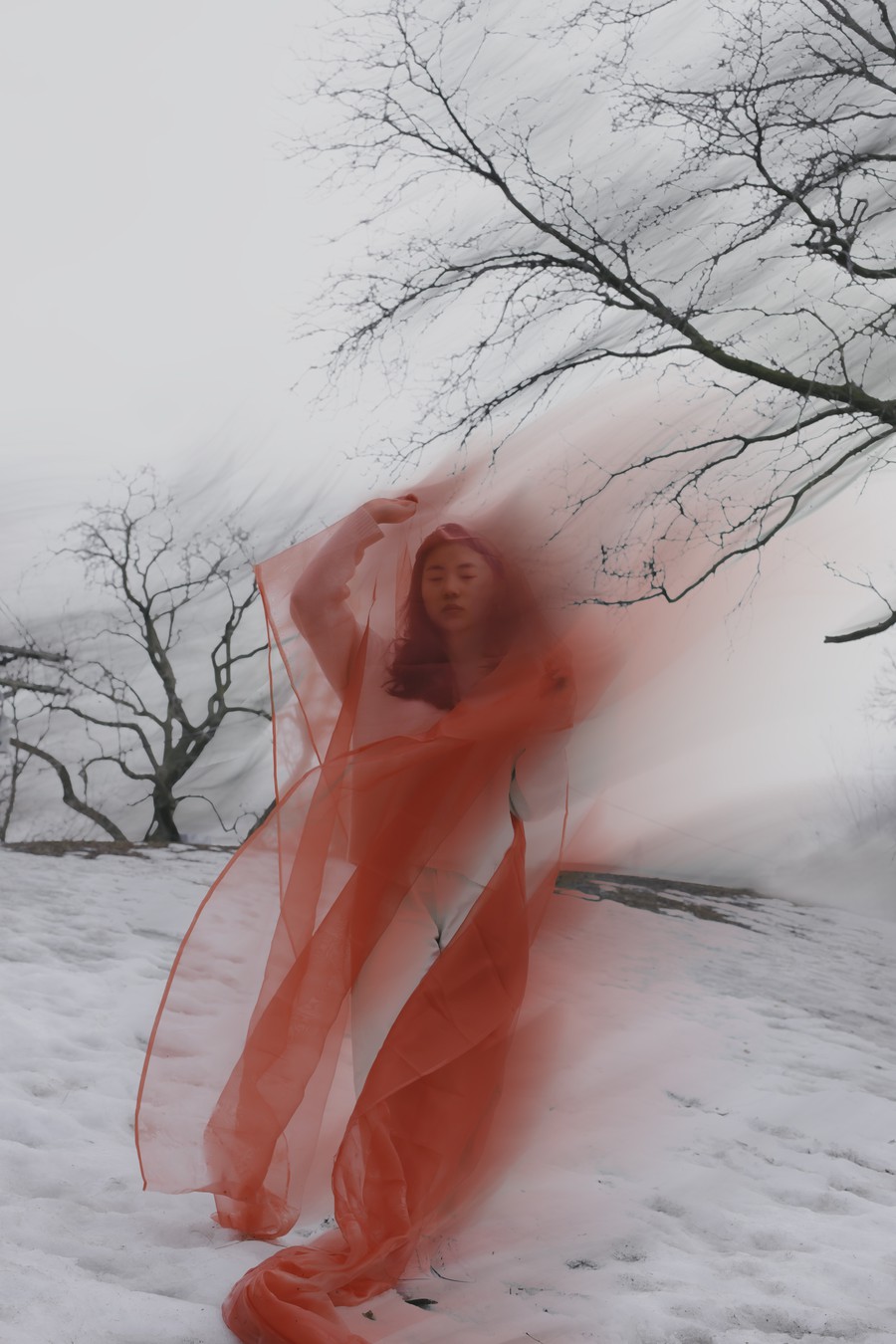 If MODA Magazine reinvented itself during fall quarter, it certainly continued to do so this winter. In addition to releasing yet another 70-plus page issue, complete with even more illustrations, experimental photography, and thoughtful and introspective articles than the last issue, the magazine also wrote a constitution and social contract, developed a high school fellowship program, and transitioned leadership, as MODA’s Editor-In-Chief Louis Levin served his last quarter with the Magazine.

In particular, the magazine really wanted to lean into their commitment to creativity, accessibility, and diversity that was established during fall quarter. These values are at the center of MODA Magazine’s new social contract and constitution, which also touches upon the exclusivity of the fashion industry and the magazine’s plans to deepen community engagement with South Side residents and business owners.

“I really wanted to make sure that the changes we’re going through now are kind of cemented in stone and the way that I felt we could do that is by having a more formal constitution,” Levin explained. He added, “I was worried that it would feel like a lot of talk and not much walk. I think that’s always the risk with that kind of stuff around diversity, especially because it’s written text, but [Assistant Writing Editor] Chiara Theophile and I felt like what we had to do was create a common ground that everyone had explicitly signed up for and planted themselves on.”

Rest assured, MODA is walking the walk. The social contract is now displayed prominently on the magazine’s website and will be included as part of future MODA staff applications. All current staff members are in the process of signing it. Additionally, MODA is upholding its commitment to increasing engagement with the South Side through its newly developed high school fellowship program.

The fellowship program, which will begin next fall with the University of Chicago Lab School and the Woodlawn Charter School, is intended to give local high school students who otherwise may not have the opportunity to pursue their interest in fashion a chance to shadow UChicago students in any of the MODA branches (Blog, Board, Designer Bootcamp, or Magazine). The fellowships will be held virtually for one quarter to start, but will eventually be held in-person and may be extended for more quarters on a case-by-case basis. In the future, MODA hopes to bring the program to Chicago Public Schools as well.

“The benefit [of the program] for the students is one, I think they’d learn a lot, two, it’s obviously always useful to be able to get some experience at a college, and three, the goal is for this to be for kids who wouldn’t traditionally be able to explore fashion,” Levin told The Maroon. “It’s seen as such an exclusive industry and that’s really true in a lot of ways, so what we’d love to do is try and open that up and give people who would never really have been able to explore that passion the space to do that, the money to do that, and the freedom to do that.”

Looking forward to next year, MODA also hopes to continue to expand its artistry and creativity as a fashion magazine. The challenges presented by the COVID-19 pandemic have already forced the magazine’s stylists, photographers, artists, writers, and designers to get creative with their photoshoots and strive for more cohesive issues design-wise.

“Next year is going to be very exciting in the ways we’re going to be able to lean into our creativity,” Levin said. “Part of what’s gone on behind the scenes is that we can’t rely on stores for clothing, which is what we normally do, because of COVID. So, we’re pulling from our own wardrobes. And what that means is that the shoots are no longer just about the clothes, but a lot about the stylizing of it all, and [pairing our photos] with illustrations, thinking about figure drawing, fashion sketching, etc.”

Although MODA has achieved a lot with their current issue, Levin acknowledges that there is still a lot of room for improvement looking towards the spring and next year. “I think this [Winter 2021] magazine was our most cohesive ever,” Levin remarked. “A lot of that is because of little things of color scheme and being really strict about that, as well as using the illustrations as a kind of connector for it all and being more thoughtful about the theme and how it relates to our articles, but I can see us trying to actively tie things together much more in the future.”

Unfortunately, Levin will not be around to see MODA’s future improvements. As of spring quarter, MODA Magazine’s newly elected Editors-In-Chief Ella Anderson and Cheryl Hao will be taking over. Although Levin expressed his full confidence in Anderson and Hao’s abilities to lead MODA and continue to facilitate change and growth within the organization, he admitted that he is sad to go.

In his winter “Letter from the Editor”, Levin explained that the question of whether “change really means growth” had been gnawing at him all quarter, and ultimately became the guiding question of his final issue with MODA. The organization has been making so many changes, but Levin wonders if it has truly grown as well. In the end, he decided it has and hopefully will continue to do so.

“It is a heartbreaking moment to step away from the magazine,” Levin writes in his letter. “I want to be able to understand the big picture—to see the outcome of [the changes we’ve made] and feel certain that we are really growing. But I’ve come to realize that it all never stops; our growth is ongoing.” He later told The Maroon, “MODA has grown and changed the last few years that I’ve been a part of it, but I, and everyone in it, have grown and changed as much if not more, and that for me is such a credit to the organization, and I just want that to keep happening.”

MODA Reimagined: How UChicago’s Premier Fashion Magazine Is Reinventing Itself in the Online World

No longer trying to be “the college version of Vogue,” MODA’s new online magazine and podcast aim to stray from industry standards.