“Crying in H Mart”: A Tale of Food, Love, and Identity

Michelle Zauner, the musician who performs as Japanese Breakfast, talked about her new memoir at Chicago Humanities Festival. 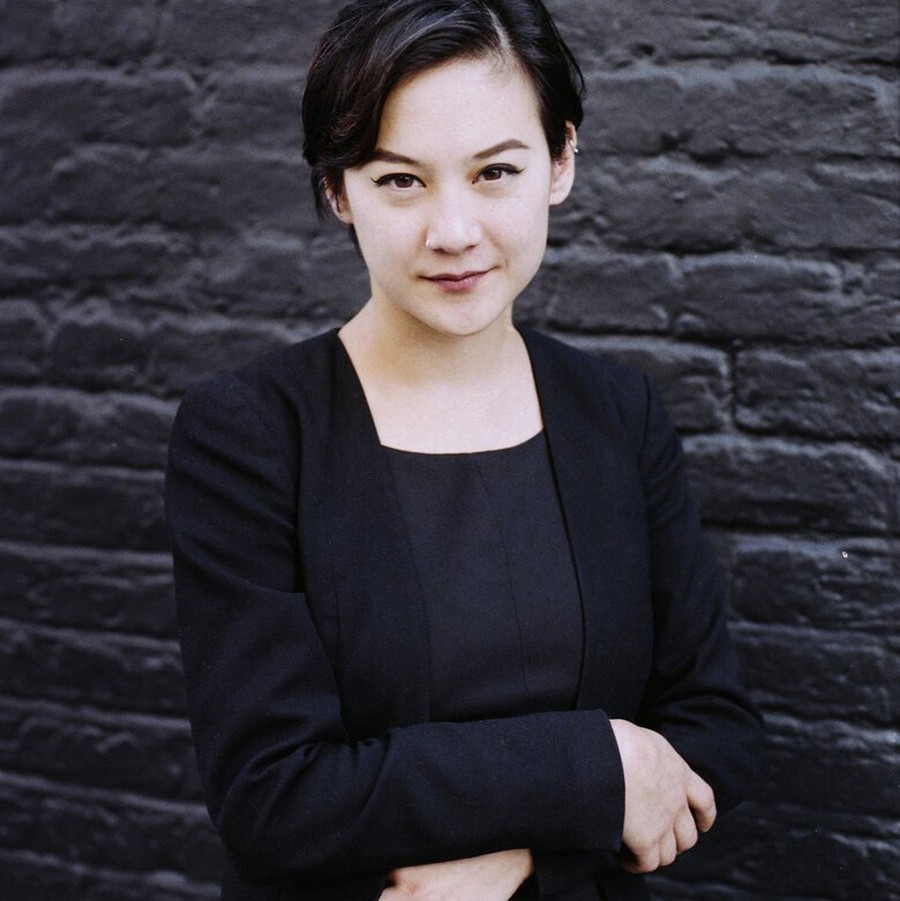 Michelle Zauner branches out with a powerful, poignant memoir.

How do people feel when their mother passes away?

“It felt like the world had divided into two different types of people, those who had felt pain and those who had yet to.” In her memoir Crying in H Mart, Michelle Zauner answers this question by sharing how a sudden sense of compassion flourished within herself, in a way that was hard to imagine for those who haven’t experienced the death of a parent. As an only child, Zauner said, she had been in tremendous fear of her parents dying since a young age—or experiencing the gradual deterioration of their health when she had to care for them.

Crying in H Mart extracts the facts from the human memory’s self-protective mechanism in the face of grief and gives the reader a chance to process the pain with Zauner. “I was so angry that no one had warned me in this way, that I felt like so much of this book was this real warning, that I have to tell other people this is what happens and this is what it looks like,” she said during her conversation with New Yorker staff writer Jia Tolentino at a Chicago Humanities Festival event on May 5.

This memoir is not the first time Zauner has shared the impact of her mother’s death on her. In her musical alter-ego as Japanese Breakfast, Zauner’s first two studio albums—Psychopomp and Soft Sounds From Another Planet—were, in fact, solely dedicated to the theme of grief.

“I had no real clue what I was feeling or what had just happened, and I [had] almost impressionistic feelings, like vague feelings, about what had happened,” Zauner spoke of the time she wrote Psychopomp. “[In] Soft Sounds, I had wanted to never talk about grief again, and have this heavy-handed sci-fi concept record, but then I realized that I was not ready to not write about my mom who had just died a year ago…. I felt this real sense of urgency to air my grievances about what had happened and to bear the wounds.”

If Japanese Breakfast connected listeners to the immediate, strong influx of emotions, Crying in H Mart conversely allows readers to gradually unpack where these feelings come from, through the unique lens of food. For those who haven’t been to H Mart, Zauner elaborates:

“H Mart is where parachute kids go to get the exact brand of instant noodles that reminds them of home. It’s where Korean families buy rice cakes to make tteokguk, a beef soup that brings in the new year. It’s the only place where you can find a giant vat of peeled garlic, because it’s the only place that truly understands how much garlic you’ll need for the kind of food your people eat.”

H Mart is the temporary flight from the single ethnic aisle in Trader Joe’s and the Asian fusion dishes for immigrant kids like Zauner, who has a Korean mother and a white father. As a child, she came to H Mart for snacks that her mother would pick up and say, “Those were what I ate at your age in South Korea.” As an adult, she came to H Mart searching for memories. “I’m collecting the evidence that the Korean half of my identity didn’t die when they did,” she wrote in the last paragraph of the first chapter. “They,” she said, were her aunt and her mother who she relied on to grasp the Korean part of her heritage.

“Am I even Korean anymore if there’s no one left in my life to call and ask which brand of seaweed we used to buy?” She asked.

Zauner had wanted to write a story connecting food and heritage for a while. In early 2016, she moved to New York City, mixing for Psychopomp while working as a sales assistant at an advertising company. “I was that woman that was working from eight to seven with the sweet green salad at the desk, and I would just go home and I would feel like I just accomplished nothing,” Zauner said, so she decided to write something. That was when she wrote her first essay, “Love, Loss, and Kimchi,” a story of heartbreak and healing from the kitchen. In that essay, she described the struggle as a Korean American who did not speak Korean or have Asian friends, while the only thing that made her feel Korean was food.

In December 2017, Japanese Breakfast went on a world tour in Asia, and Zauner stayed in Korea for six weeks. That was when she started to write Crying in H Mart, the first chapter of the memoir which was later published in the New Yorker.

However, non-fiction writing has never resonated with Zauner before then. She writes in the memoir that she had taken every single creative writing course that was offered in college except for nonfiction, because, as she told Tolentino, “There’s no way I could ever write about someone that looks like me.” Writing about one’s own experience is demanding, since it requires constant explanation of the role that identity plays in shaping a story, to a degree that shadows the genuineness and beauty of the story itself. Especially with her experience of yellow fever growing up, Zauner never thought that she would be open to present her life blatantly in a book.

That all changed “in a very authentic way” when her mother passed away. That was the moment that Zauner began to become curious about figuring out what it meant to be half-Korean, precisely because she lost the venue that was once there for her to access that part of her heritage. She attempted to navigate that through writing, and started to learn Korean and cook Korean dishes, describing them as “rituals that I had constructed for myself to feel like I was honoring my mom,” and beyond that, “preserving this part of myself.”

That is the conversation Zauner wanted to have with her reader. “I was most concerned with the Asian American reader when I wrote this book,” she said, “I wanted to describe things like I was describing it to a Korean American friend.” She brought them around for black bean noodles, and she even dropped hints that specifically resonate with Korean American readers that she didn’t offer further explanation—such as, when her mother said, “Did you shave your boji tul?” She laughed when she mentioned that scene. “I know that a Korean American reader would read that and be like, ‘Oh my god, she went there.’”

“Now I have to talk about identity all the time,” Zauner said, holding Crying in H Mart, “Why is everyone asking me about this? Well, you did write a book about it.”