Our city faces issues of unequal water access and toxicity—it’s time to act. 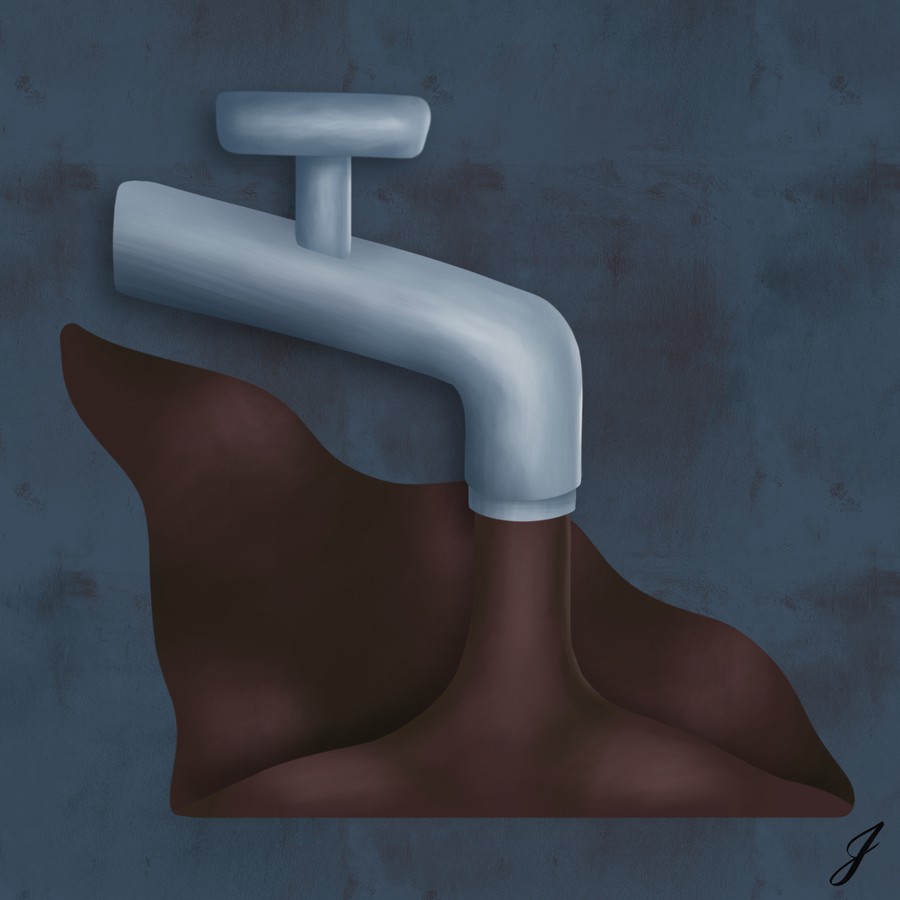 Water access is a fundamental human right. Such a statement should not be controversial. In the City of Chicago, something as fundamental as water ought to be affordable and safe for all. Yet, proper access to clean drinking water is far more perilous than we may think. Unequal costs and disturbing toxicity affect many of our city’s residents, suggesting that this resource is nowhere near as universal as we might believe.

To begin with, consider cost. Residential water costs in Chicago have roughly tripled from 2007 to 2018. In 2007, the average water cost for a family of 4 was $178; in 2018, it was $576. At this point, our average water costs exceed even those of Phoenix, Arizona—a city that, in contrast to our privileged position next to Lake Michigan, is hundreds of miles from any major freshwater source. These prices are more than what many of Chicago’s poorer residents can bear. Some of our neighbors working full-time-and-then-some at minimum wage have still struggled to meet their outlandish water bills. Domitila Valerio, a Little Village resident, had her water bill increase from $88 in 2017 to $716 in 2018. Even though she was working 72 hours per week, she still had to take out a high-interest loan. This is a travesty. In no city, least of all one next to one of the largest freshwater sources on Earth, should anyone struggle to afford this non-negotiable utility. Furthermore, no one should have to perform painful calculations between water and other essential needs. And yet, as water prices have continued to rise, many have been forced into exactly this predicament.

To make matters worse, our city suffers from an inequality of costs. Not only are water bills skyrocketing, but they also tend to be higher for Chicago’s poorer residents than for its richer ones. This is especially pronounced at the extreme ends of poverty and wealth. A Chicago Tribune report found that suburbs in the bottom 10% of median household income had water costs nearly one-third higher than towns in the top 10%. There is also a disturbing racial element to this inequity—though only 13% of communities surveyed by the Tribune were majority-black, these comprised half of the 10 communities with the highest water rates.

Shockingly, those with the least recourse and the fewest means are suffering under the highest water prices. This is offensive to basic instinct. Why should those of us under the most financial duress be forced to pay the heaviest costs? Are our burdens not enough as is? I am reminded of the often-noted concept that being poor is expensive; that those in poverty incur additional costs which their better-off counterparts can avoid. This should not be the case.

No conversation about water access would be complete without discussing water safety. And when we examine this topic, we must recoil at what we find: unhealthy lead levels in a significant fraction of Chicago homes. Of nearly 3,000 homes tested in the city from 2016 to 2018, 30% had lead levels above the 5 parts per billion permitted in bottled water by the FDA. Some homes had levels significantly exceeding this threshold. This is largely due to decades-old lead service lines and internal plumbing, installed before lead’s phaseout. The toxic mistakes of previous generations carry on to the present.

The COVID-19 pandemic has made the issue of water access even more important. Access to clean water means access to hygienic practices which help reduce the spread of disease. A research team from Duke University has found that nationwide moratoriums on water shutoffs from March to November of last year would have reduced COVID-19 infections by 8.7% and deaths by up to 14.8%. While Mayor Lightfoot, to her credit, did pass a moratorium on shutoffs in 2019, a WBEZ analysis estimates that there could be hundreds of households whose water had been shut off before the moratorium and has not yet been restored. And with countless other households struggling to afford their water bills, it is reasonable to surmise that many will reduce water consumption where possible, potentially making hygienic practices less frequent and contributing to the spread of infection.

I am from Michigan. I remember being appalled, like so many others, when news broke of the crisis in Flint. I now detect a hint of déjà vu. While the situation in Chicago may not reach the same level of atrocity, it is nevertheless appalling. The fact is that any amount of lead above the FDA limit is unacceptable and has no place in our city. Furthermore, I am an undergraduate student here in Chicago. If I remain here after graduation, I do not want to be faced with skyrocketing prices for basic utilities. And while I understand that this is a crisis whose consequences are disproportionately faced by already marginalized populations, I also realize that this is a crisis that does impact everyone. Everyone in Chicago has a stake in this issue, whether you are a student like me, or any other resident of this great city, and we must deal with it immediately.

Thankfully, there is hope on the horizon. The Water for All Ordinance, introduced by 35th Ward Alderman Carlos Ramirez-Rosa, paves a path forward to address the rising costs, systemic inequities, and disturbing issues of safety present in Chicago’s water supply. If passed, Water for All would powerfully address the crucial issues of cost and equity. It would offer income-based credits towards utility bills, thereby mitigating the financial strain placed on Chicago’s poorer residents. It would also protect Chicago’s water supply from privatization—a fate which has been linked with higher utility costs.

Further, Water for All would tackle the problem of unsafe drinking water. The ordinance would require Chicago’s Department of Water Management to collaborate with public health agencies and other groups, jointly developing a plan to implement improvements to our water system.

If this ordinance is passed, in other words, the harmful, decades-old lead pipes present throughout our city will have had their day. The absurd prices pummeling our least fortunate will have had their day. Our water infrastructure will be rendered far less dangerous and far more equitable. We will catch up to the 21st century. What, then, can we do to help pass this consequential bill? How can we make our voices heard?

As a first step, I implore you to sign this online petition, addressed to Mayor Lightfoot and the City Council, urging those addressed to support Water for All. To achieve further consequence, we can call or write to those recalcitrant Alders not yet sponsoring the bill and urge them to do so.

We stand on the cusp of making serious long-term change: ensuring that Chicago’s children don’t grow up with neurotoxins, that its poorest residents need not choose between water and rent, that we live up to the basic expectation of being a city, next to a Great Lake, that cares for its residents. As human beings, we must remember the sanctity of water as a universal right and, as an empowered citizenry, seek to protect it.

Felix De Simone is a third-year undergraduate and a member of the Environmental Justice Task Force at UChicago.