CC Members Amend Resolution, Removing Demands for an Apology to the Jewish Community

The resolution now focuses on alleged violations of SG procedure during the release of a recent statement about Israel and Palestine. 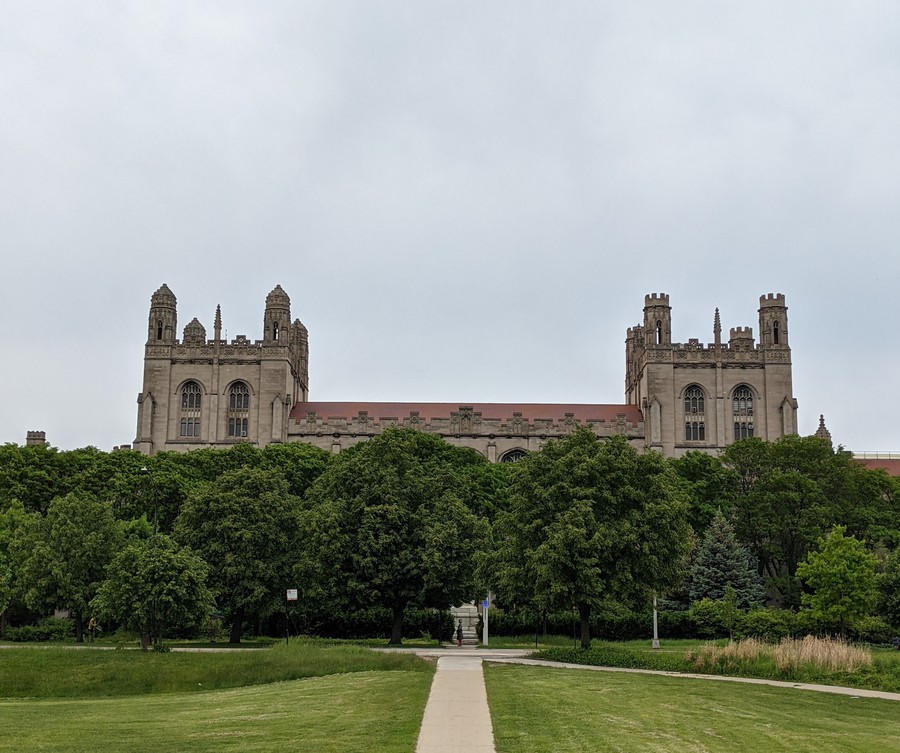 The south face of Harper Library.

On May 21, UChicago’s Undergraduate Student Government (USG) released a statement with Students for Justice in Palestine (SJP). In response, College Council (CC) member Julia Brestovitskiy introduced a resolution calling for the retraction of the statement and for a public apology to the campus Jewish community from USG members involved in the statement. Now, CC members have amended the resolution, removing the stipulation that USG members involved with the statement issue a public apology to UChicago’s Jewish community.

The updated resolution still calls for an immediate implementation of elements of the recently passed IDEA Act that require Executive Slate to get majority approval from College Council before the release of any Student Government statements, and to hold a minimum three-day deliberation period before such a vote. CC has not met formally to discuss Brestovitskiy’s resolution, and the voting period ends at midnight tonight.

Brestovitskiy said the provisions requiring an apology be issued were removed in order to give the legislation “greater institutional and legal basis.” “Do I think it would be good for the incoming USG to apologize? Yes,” she said. “Do I think there’s legal authority to require an apology? No.”

She added that she believes the resolution is more likely to pass if it does not require an apology to the campus Jewish community. “What we’re doing here is condemning antisemitism and amending the SET Act,” she said. Brestovitskiy also said that she does not see the resolution as mediating the conflict between Israel and Palestine.

Even though the statement was issued under USG’s letterhead, current members of CC were not involved in the drafting of the statement on SJP and did not vote to release it. According to the updated resolution text, only one of the three members of the outgoing Executive Slate, who was not the current SG President, approved the release of the USG SJP statement beforehand. The resolution, Brestovitskiy said, was amended to focus solely on retracting the statement and updating USG’s SET Act to include a formal deliberation period and majority CC approval prior to the release of any statements made between June 21 and October 3. If the resolution passes, this stipulation will put portions of the recently-passed USG IDEA Act into effect this summer, rather than in the fall.

She noted that the resolution’s signatories, which include representatives from several Jewish organizations across the University, were involved in the revision process. Daniel Gutkind, a resolution signatory and the former vice president of UChicago Friends of Israel, said that while he “and many other Jews would like an apology for the shameful language used in the original statement,” he will support the updated resolution because he believes USG’s statement should be retracted. Hillel, which released an open letter calling for the retraction of the USG statement and requesting an apology to the campus Jewish community, also remains a signatory to the resolution. A representative from Hillel’s student leadership did not respond to requests for comment.

Eyshe Beirich, a second-year in the College who authored a Maroon op-ed in support of USG’s statement, condemned the amended resolution. “I do not think that USG proceduralism is valid grounds for retraction, especially when the statement is clearly so supported and necessary,” he wrote in a comment to The Maroon. “It would endanger Palestinian students on campus and remind constituents that [USG’s] solidarity with Palestinians is not only conditional on procedure, but revokable at any time, and susceptible to revisions by students who do not respect their voice, or frankly, their humanity.” Beirich also started a petition in support of USG’s statement, which had garnered 592 signatures at the time of publication.

SJP released a public statement on Thursday calling members of CC to vote “No” on the updated resolution. The statement, signed by a number of activist organizations on campus including the #CareNotCops and IfNotNow UChicago, said “the conflation of anti-Zionism with antisemitism is designed to distract from the violent occupation of the Palestinian people and weaken the movement for Palestinian liberation. The CC resolution called the language used in the original USG statement antisemitic; in its response to the resolution, SJP said “As the Palestinian community is Muslim, Christian, Jewish, non-religious, Black, Arab, queer, trans, and more, SJP unequivocally condemns antisemitism, Islamophobia, homophobia, and all racism in all forms.”

The statement from USG and ensuing debate has also generated tensions within CC. One representative for the class of 2021, Firouz Niazi, resigned from his role on Thursday. Niazi wrote in a statement to The Maroon: “I resigned because I cannot in good faith move forward with a resolution that is undiscussed among College Council. An anonymous email vote is an inadequate way to address an issue that impacts so many members of the student body.”

CC To Vote on Resolution to Retract USG Statement on Palestine